Win some, lose some | The Daily Star
Skip to main content
বাংলা T

Win some, lose some 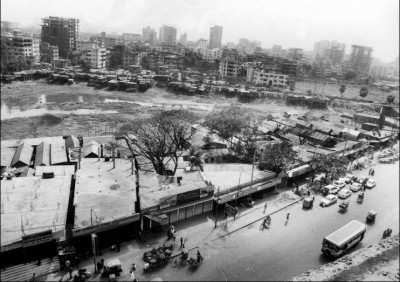 HARD to believe, but it is only ten years since this millennium began with a bang and we have already to a great extent put the Millennium Development Goals (MDGs) on the shelf. Why we ever had to set goals based on a man-made calendar is another issue, but the fact is that the Year 2000 gave us an excuse to set goals that would do just as well had they been set in 1999 or in 2005, or for that matter even today. Goal-setting in the context of the planet's life has to be a continuous process. Or else we have to wait for the next millennium.
Of all the issues that a growing urban centre has to encounter, the most complex (one reason being their multifaceted characteristics) has to be the subject of slums where dwellers find informal accommodation out of a need beyond. Slums primarily generate from socio-economic problems, and due to neglect, legal entanglements, social intricacy, and being natural pawns of political rise and fall, they steep deeper into the cesspool, something which most slums cannot even dream of having.
Ashequr Rahman in one of today's pieces dealing with urban issues notes that despite the odds facing this country we have made enviable inroads into some very important matters, which could otherwise grossly threaten our urban structure. The sad departure from the success story is the deplorability of the urban dwellers, who lead a sub-standard life in the slums, and are further slipping.
2020 is not a million years away. With backtracking over the past decade, even arresting the decadence by effective measures over the next ten years would be seen as a positive milestone in the wider perspective of the time to come.
The slums may ironically be safer havens in the city only in the light of an earthquake, which pundits have been prophesying for several years, what with their one-storied shacks of light building materials at lesser risk than those inhabiting multi-storied housing, offices, schools, hotels, and hospitals.
Maarit Hirvonen provides ten useful tips, again it could have been nine or eleven or more, but the number game is always so catchy. From not using the staircase to rolling off the bed, from assuming the foetal position to taking shelter in a house of paper, the tips (not exhaustive in the least) could become handy in a real tremor situation.
The idea is to disseminate the information so that as many lives as possible can be saved if indeed a disaster does strike. However, the effectiveness of any tip in an emergency depends largely on the drill that people should undertake when waiting for one to strike, and that is now.

The author is Consultant to the Editor on Urban Issues