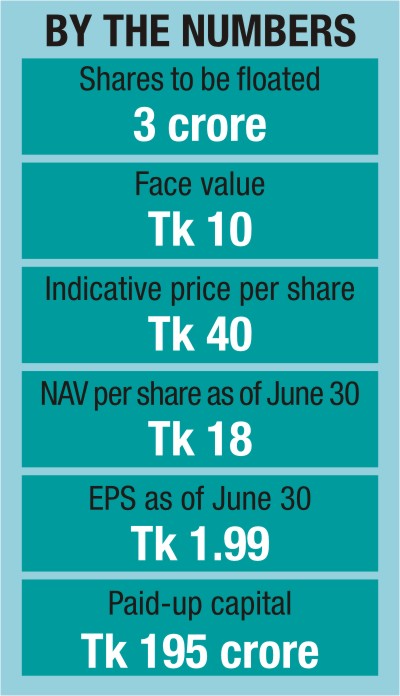 RAK Ceramics, a Bangladesh-UAE joint venture, is going to be the first to offer primary shares using the book building method, a modern pricing mechanism for initial public offering (IPO).
The Securities and Exchange Commission, the market regulator, gave the green light to RAK at a meeting on Wednesday, officials said.
The tiles and sanitary-ware maker will float three crore ordinary shares worth Tk 10 each in face value under the book-building method.
An indicative price for each RAK share has already been built at Tk 40 through bidding by seven institutions from four sectors.
Now in the price discovery phase, bidders cannot quote 20 percent more or less than the indicative price, meaning they will have to offer between Tk 32 and Tk 48 for each share. Fixing the indicative price is required to obtain regulatory approval.
Prime Bank, Southeast Bank and IFIC Bank joined the indicative price bidding from the banking sector. Prime Finance and LankaBangla Finance participated in it as non-bank financial institutions, Mercantile Insurance as an insurance sector company and Royal Green Securities as a brokerage house.
“We will start work for price discovery after receiving written approval from SEC. We hope to complete the work by January,” Arif Khan, chief executive officer and managing director (current charge) of IDLC Finance, told The Daily Star.
IDLC Finance is the lead issue manager of the RAK Ceramic IPO, while BRAC-EPL is the co-issue manager.
The institutions will not be allowed to sell shares in the first 15 trading days under the lock-in system.
RAK's paid-up capital is Tk 195 crore. As of June 30, the company's net asset value was Tk 18 a share and earnings per share were Tk 1.99.
Foreign entrepreneurs own 90 percent of the company, while local entrepreneurs own the remainder, but local ownership will become 20 percent after the IPO.
RAK started business in Bangladesh in 2001. Presently, the company holds around 80 percent market share in the sanitary-ware market and around 35 percent in the ceramics market.
PRICE DISCOVERY
The book building mechanism, a widely practised price fixing mechanism for IPO, was introduced in March, aiming to encourage private-sector entrepreneurs to list their large and profitable companies on bourses at fair prices.
In line with the book building mechanism, institutions bid for shares through which the price is discovered. A weighted average price is fixed based on the highest and lowest price and shares are allotted for institutions at the weighted average price. The lowest price is considered a cut-off price for public offers or general investors.
sarwar@thedailystar.net