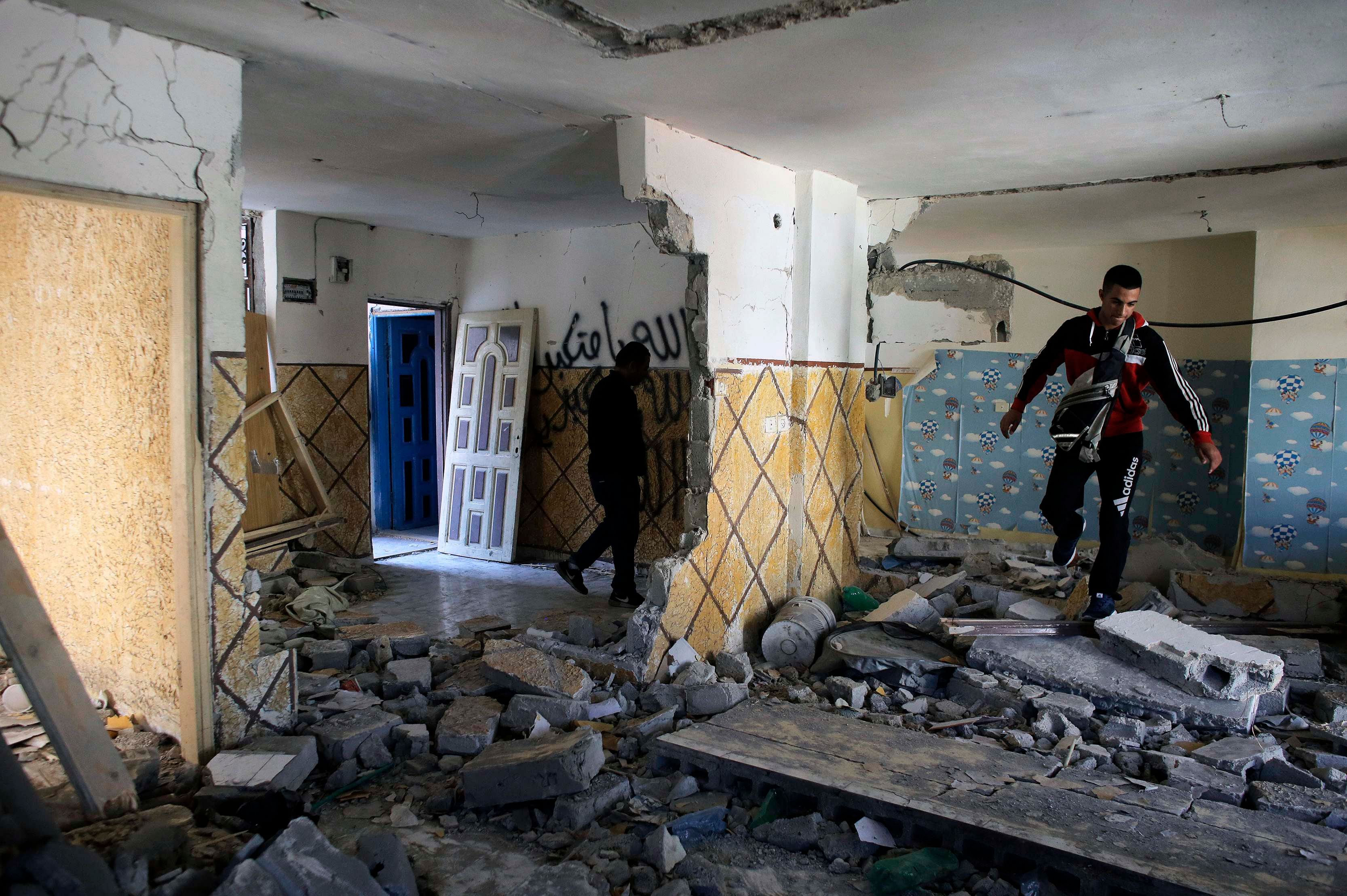 Relatives of Abdel-Rahman Shaloudi walk on rubble in his destroyed home in the East Jerusalem neighbourhood of Silwan November 19, 2014. Photo: Reuters

Israeli troops have destroyed the home of a Palestinian man who killed a woman and a baby by ramming a car into a Jerusalem tram stop last month.
The demolition came hours after Prime Minister Benjamin Netanyahu vowed to win a "battle for Jerusalem", following a deadly attack on a synagogue.
Tuesday's synagogue attack left four rabbis and a police officer dead.
Jerusalem has seen weeks of unrest, partly fuelled by tension over a disputed holy site.
The Israeli military said it had "demolished the house of a terrorist responsible for vehicle ramming" at a light-rail station in Jerusalem on 22 October.
The man, Abdel-Rahman Shaloudi, was a Palestinian from Silwan, East Jerusalem.
He was shot by officers as he tried to run away and later died of his injuries in hospital.
Speaking on Tuesday evening, Netanyahu vowed to "settle the score with every terrorist" who attacked Israel.
He said he had "ordered the destruction of the homes of the Palestinians who carried on Tuesday's massacre and to speed up the demolitions of those who carried out previous attacks".
Netanyahu also said he would strengthen security on the streets of Jerusalem.

Tuesday's attack at the Bnei Torah Kehilat Yaakov synagogue was the deadliest in Jerusalem for six years.
Two Palestinian men attacked the West Jerusalem synagogue with a gun and meat cleavers before being shot dead.

Israel had stopped its policy of demolishing the homes of militants in 2005, after a review committee found they did not deter attacks.
However, the practice resumed this year.
Human rights groups have criticised the policy. Amnesty International said on Tuesday: "Punishing the families of suspects by destroying their homes is collective punishment and is prohibited by international law."
East Jerusalem, which has been occupied by Israel since 1967, has experienced months of unrest.
A Palestinian teenager was abducted and burned to death in early July, two days after the discovery of the bodies of three Israeli teenagers who were abducted and killed in the occupied West Bank in mid-June.
The killings set off an escalating cycle of violence, leading to a 50-day conflict between Israel and Palestinian militants in the Gaza Strip that claimed more than 2,000 lives.
Tensions have also risen in recent weeks amid announcements by Israel of plans to build more settler homes in East Jerusalem.
There has been further unrest over an area known to Jews as the Temple Mount - the holiest site in Judaism. The compound is known to Muslims as al-Haram al-Sharif and contains the al-Aqsa Mosque, the third-holiest site in Islam.
Orthodox Jewish campaigners in Israel are challenging a longstanding ban on Jews praying at the compound.