“HELLO, I AM NOBODY” 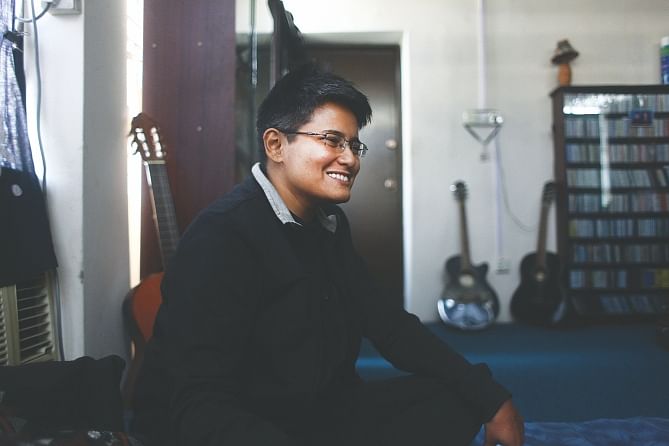 TED (Technology, Entertainment, Design) is a global set of conferences which are owned by the Sapling Foundation, a private non-profit organisation and operate under the slogan “Ideas Worth Spreading.” Their talks address a variety of topics ranging from science to culture, often through storytelling. TEDx Dhaka is an independently organised TED event, by a group of TED enthusiasts.

This year, the renowned musician Farzana Wahid Shayan was approached by the organisers to deliver a talk/performance. “When Mohammad Touheed, the Curator and Licensee of TEDx Dhaka approached me, I asked him why he wanted me to do this, as TEDx is a talk oriented programme and I'm a performer,” says Shayan,  “And he told me that my songs are a kind of talk, he complimented me that way, so I honoured him, and agreed. I maintained one thing though, that I wouldn't be attending rehearsals because I am a very spontaneous person, and I have never sung one of my songs in the same manner twice in my life.”

Shayan began her talk with a startling statement, “I am a nobody,” she said. This got the audience's attention and in one statement, described her philosophy of life. “I believe that everybody is a nobody,” she says, “Life, I think is bigger than all of us and we are all nothing in the grand scheme of things. I think to label people as successes and failures is a sin.” 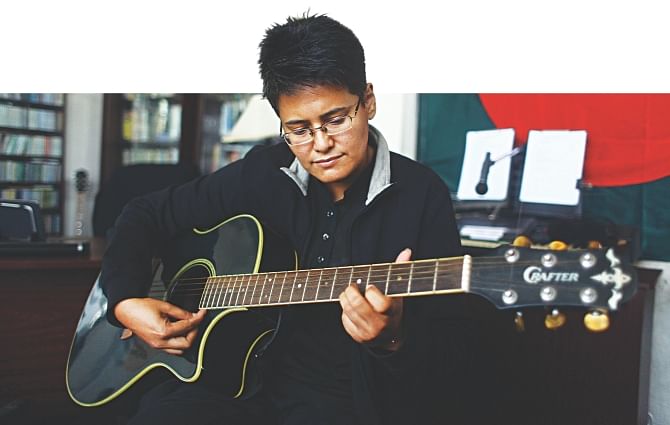 Shayan's songs are a reflection of this philosophy. She is a self taught musician, who writes in her songs what she witnesses and experiences around her. “When I was young I did not think much of becoming a musician, but it runs in the family so it was all around me. My mother used to love to sing and I would sit by her and listen,” she tells us. “.She would sing Hemanta's songs, Kishore, Lata Mangeshkar. As I heard and learned more songs, I figured out that Shahnaz Rahmatullah was one of my most favourite artists. I also encountered Kabir Shumon, Bob Dylan, Johnny Cash and Leonard Cohen as I grew older.”

The first song that Shayan ever wrote was when she was 14, “It was because I was jealous of somebody,” she recalls. “A friend of mine was falling for a boy who was an amazing song writer and I was getting less of her attention because of him. One day, I picked up my pen and started to write and as I wrote the song, my jealousy subsided, and I became so engrossed in writing, it changed my life.”

For the next five or six years she wrote love songs, till she was sent abroad, to Toronto, for her BA degree. “When I left the country however, my world changed. I love it here. I am more at ease when I am in Dhaka than anywhere else. I suffered greatly when I left the city and my first one year was a hellish experience and that was when my songs helped me again,” she tells us. First they got rid of my jealousy and then my pain, so I was developing a relationship with my pen and I was gaining affinity from the process of writing. So whatever I was experiencing around me, I would express it in my songs. I will say that life has been my best teacher, I couldn't change the society, but I had to express it somewhere so my songs became a diary of sorts, recording my thoughts. As I grew my songs changed with me I wrote on more social and political issues.”

Shayan's songs are witty and gutsy and have over the years captured the attention and admiration of many. “I believe that life is a gift that should be cherished and enjoyed. I always live in the moment. I believe nobody is important; only life is important, no matter how big a name you make, you are nothing in the grand scheme of things. This is not my modesty, it isn't a stunt, this is my truth.”