EC asks for withdrawal of 3 cops 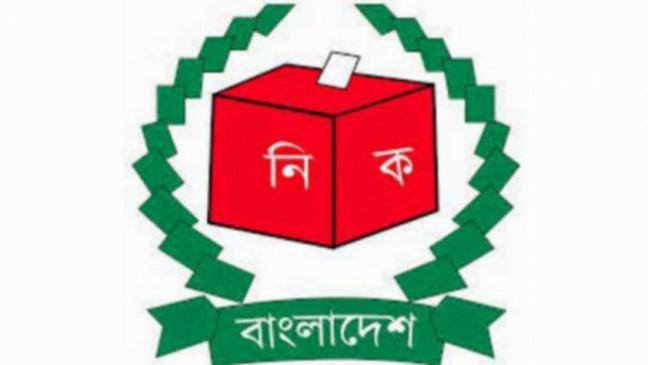 In a letter to the public administration minister, the EC said the two were not actively carrying out their duties, said EC sources.

A couple of days later, Mirza Abbas, BNP candidate in Dhaka-8, and his party activists came under attack while campaigning in Shantinagar area.

On December 15, Mahbub Uddin Khokon, BNP contender for Noakhali-1, was hit by rubber bullets during a clash between Awami League and BNP activists in the district's Sonaimuri.

Bangladesh Nationalist Front President SM Abul Kalam Azad today said that the national election will not be free and fair under this Election Commission.

"Our supporters, voters, activists are feeling insecure," Azad, who is contesting from Dhaka-17, was speaking to reporters after a meeting at the commission.

Azad is currently a lawmaker of the current parliament and his party BNF is also a component of the Awami League-led ruling 14-party alliance.

"Our constitution says an election will be held under the Election Commission. But, we don't see it. It is heavily influenced by the ruling party," he said.

"We want to stay in the election till the last day, but it should be held under a neutral Election Commission," he said.

BNP Secretary General Mirza Fakhrul Islam Alamgir yesterday alleged that the government has resorted to bad politics to spread confusion among people ahead of the next general election.

“After the news [on assets of Khaleda and Tarique abroad] we talked to the envoys of the respective countries. They told us it's baseless and fake news. 'What do you [govt] want to gain by spreading such propaganda and misleading people?'” he said.

The BNP leader came up with the comments while speaking at a discussion arranged by Kalyan Party, one of the components of the BNP-led 20-party alliance, at the Jatiya Press club.

Fakhrul also alleged that the government was conspiring to hold another “lopsided” election like the one of 2014 keeping BNP out of the race.

He warned that the country's people will never allow anyone to hold a 2014-like election.

The BNP leader said their party wants to run in the next polls. “But it must be held under a non-party administration. A level-playing field will have to be created for holding the election in a fair and credible manner.”

He demanded that the government trace the missing Kalyan Party General Secretary M Aminur Rahman and ensure his safe return.

Aminur has been missing since he was picked up on his way to his Savar home on August 27 from Nayapaltan by a group of people introducing themselves as law enforcers.

He urged the 20-party alliance partners to have patience and refrain from responding to any provocative acts by the government.

The BNP has sent a letter to the Election Commission, saying that Prime Minister Sheikh Hasina must not carry out any election campaign on behalf of her party with public money.

The EC, however, said it was yet to receive the letter.

It “elaborately described when and how the PM sought votes for her party Awami League during her recent tours inside and outside the country”, Fakhrul said.

“The prime minister cannot do election campaign before the announcement of polls schedule. It's a violation [of the electoral rules] and the Election Commission should take action [over the matter],” he said.

He also said such a “unilateral” campaign was a major barrier to holding a free and fair election in the country.

On several occasions, BNP leaders, including its chairperson Khaleda Zia, accused the PM of carrying out polls campaign for her party with public money and using state facilities.

Contacted, Helaluddin Ahmed, acting secretary to the EC, said they were yet to get any such letter. “The commission will make a decision once we get the letter.”

The families of two teenagers killed in Mohammadpur during a clash of Awami League factions ahead of the general election have been robbed of justice.

The family members of one of the victims said police submitted the final report in the case without talking to them. The report mentioned no clash even though it was widely covered by the media at that time. It termed the incident an “accident”.

Councillor Tarequzzaman Rajib of ward-33 also threatened the father of one of the victims not to file a murder case, they said.

A case was filed after the November 10, 2018, incident and the father of one of the teens was made the plaintiff.

The father maintains he did not file the case and that the signature on the case document could not be his since he is illiterate. He said Councillor Rajib put a gun to his head and told him to do as he said after the incident.

The families opened up to this paper only after Rajib was arrested this week.

On the morning of November 10, 2018, a procession of vehicles, largely comprised of flatbeds, with supporters of AL leader Sadek Khan was going towards the AL Dhanmondi office to buy nomination paper for Sadek’s candidacy in the polls.

Mohammad Sujon, 19, and Arif Hossain, 14, were on one of the pickup trucks when the procession was attacked allegedly by the men of rival AL leader and then lawmaker Jahangir Kabir Nanak.

During the melee Sujon and Arif fell off the vehicle and the driver, trying to avoid the brick chunks being hurled at the pickup, reversed and ran the two over, according to case documents, news reports, witness accounts, and statements of the families.

Sujan and Arif died in hospital.

Arif’s father Faruk Hossain was taken to a community centre in Mohammadpur when he was on his way to the hospital. He was confined there for 12 hours by Rajib’s men, Faruk told The Daily Star.

Late at night, Rajib, reportedly Nanak’s ally, at the community centre told Faruk to go to the police station to talk about getting the body of his son.

Faruk then went to the police station, gave his details, and told the officials there what he knew about the incident. He had no idea that police were filing a case making him the plaintiff. The police officials there asked him to identify the body at the Suhrawardy hospital, Faruk said.

On his way to the hospital from the police station, two men stopped him near Shia Masjid and took him to Rajib’s home.

Rajib told him at gunpoint to do as he said regarding the matter, Faruk told The Daily Star.

“You wouldn’t get anything if you file a murder case. Instead, you will be harassed and face the same consequences as your son. You are from Lalmonhon of Bhola and so am I. Do what I say. You will get a good compensation,” Faruk quoted Rajib as saying.

Faruk eventually identified his son’s body the next day.

Faruk said, “After the incident, I thought it was police who were the plaintiff in the case.

“This is my NID, sir. See, I can’t sign,” Faruk showed his NID to this correspondent which had his thumb print.

Faruk said not a single police officer talked to him about the investigation since then.

Sujon’s uncle Md Riaz told The Daily Star last night that the police never talked to them either.

He said councillor Rajib had promised them compensation and jobs for family members but he never delivered.

Sujon’s family did not know that the final report was submitted. They heard it first from The Daily Star correspondent.

After “investigating” the case for 11 months, police submitted the final report terming the incident an “accident”.

Police had arrested convener of Jubo League’s Adabar Thana unit Arifur Rahman Tuhin in connection with leading the attack but in the final report police said they found no evidence of Tuhin’s involvement.

After the incident, AL General Secretary Obaidul Quader said the prime minister directed the authorities concerned to submit a probe report over the incident within two days.

Whoever is found involved would be given exemplary punishment, he had said, adding that the prime minister wanted to know “who destroyed the peaceful election environment”.

Sub-Inspector Mukul Ranjan of Mohammadpur police station, investigation officer (IO) of the case, said they submitted the final report of the case in the first week of this month as they could not find any evidence or witnesses.

Police also could not identify the pickup truck and its driver.

In the final report, police said the two factions of the ruling party came “face to face” near Mohammadi Homes Ltd on November 10 when the unidentified driver reversed in a hurry and could not see what was behind him. This led to the two getting run over.

The SI in his investigation found no evidence of the clash. He only said the two faction came “face to face”. The media, however, had extensive coverage of the incident.

They reported that the attackers, armed with hammers, sharp weapons and brick chunks, swooped on the procession of vehicles.

The IO said said Faruk did not know what had actually happened and had “filed the case” based on hearsay.

Taking to this newspaper, the SI claimed that he did not find anything in CCTV footage and no local wanted to be a witness.

Asked why the IO never contacted Faruk, the IO first claimed that he had contacted him but later said they could not reach him.

The IO claimed that Faruk had indeed filed the case.

At one stage of the conversation with this correspondent, the IO said he had written the final report with direction from a superior officer of Tejgaon Division Police.

Anisur Rahman, deputy commissioner (Tejgaon division) of Dhaka Metropolitan Police, told The Daily Star that he had no knowledge about the development of the case as he joined the division only a few months ago.

“I will have to see the documents,” he added.

In November last year, Nanak said he had nothing to do with the attack on the procession.

Sadek had said that he did not want to blame anyone and demanded a proper investigation.

The Daily Star could not reach Nanak and Sadek for comments over the last few days.