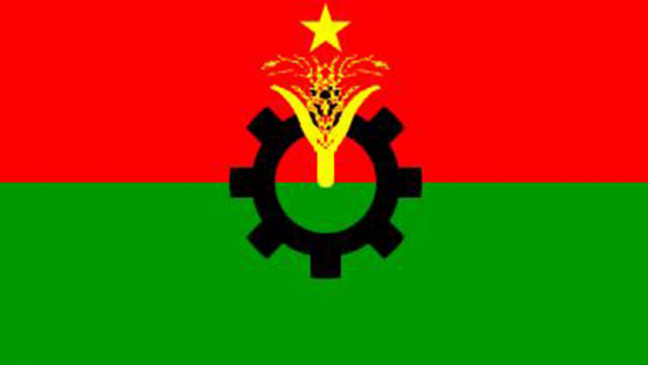 Police arrested 45 leaders and activists of BNP from an electoral camp of BNP candidate Shahidul Alam in Kaliganj upazila of Satkhira tonight.

Shahidul Alam claimed that police arrested 50 BNP men when they were holding a meeting at his electoral camp in Nalta Choumohini area around 8:30pm.

However, Hasan Hafizur Rahman, officer-in-charge of Kaliganj Police Station, told our Satkhira correspondent that police arrested 45 BNP men as they are accused in different cases.

Reflecting on it today, the party's Secretary General Mashiur Rahman Ranga said: “The party expected to win more than 22 seats in the election”.

However, he said, “Our party is now stronger than before”.

“We will decide tomorrow whether we will remain as an opposition in the parliament,” he said; adding “the joint meeting will be held with the newly elected lawmakers and standing committee members at 11:00am tomorrow”.

Every region in the world has its own brand of politics. While there may be some interregional commonalities, it is always the uncommon factors that define the politics of a particular region. For example, one of the key characteristics of South Asian politics is the tendency to form alliances before a major election. While occasionally the allies may have strong ideological similarities, in most cases, the partnerships are held with loose, common threads.

Bangladesh, being a part of South Asia, is no different. With the next parliamentary election set to be held in a year or so, the ruling Awami League and the BNP, the two dominant political forces in the country, have once again started rallying lesser and sometimes even completely unknown political parties to form alliances.

Eventually, it's all about numbers. Before the 2001 general election, the then main opposition in parliament, BNP, formed a four-party alliance with three other like-minded right-wing parties, including Jamaat-e-Islami. BNP and its allies swept that election with a two-third majority and ended up forming a coalition government. Before the following election in 2008, the Awami League took a page out of their archrival's books and formed a bigger alliance with 14 like-minded parties, who were mostly left and centre-left in terms of political ideology. That coalition later came to be known as the "grand alliance" and it ended up winning an even bigger majority in parliament than what the four-party alliance did in 2001.

After a disastrous defeat in the 2008 election, the BNP took a couple of years to regroup and decided to form an even bigger alliance, this time with as many as 19 parties, in 2012. Apart from Jamaat-e-Islami, the remaining 18 parties were either one-man shows or existed only on papers and signboards, let alone having any significant vote bank.

Around the same time, the ruling Awami League revived the long-pending 1971 war crimes trial against top leaders of Jamaat-e-Islami. By the time the next general election rolled around in 2014, some of the top Jamaat leaders had already been executed for their war crimes, and some others, alongside a number of BNP stalwarts, were awaiting the same fate, which significantly curtailed the impact that the 20-party alliance could have had.

When it’s the BNP, you never know

The BNP-led alliance tried to retaliate by launching violent protests, aiming for two objectives: 1) to somehow prevent the execution of the Jamaat and BNP leaders; and 2) to prevent the Awami League from holding one-sided elections. None of those objectives were achieved, and the BNP-led alliance only drew fierce criticisms from both home and abroad for their bloody means. Since then, Jamaat has been stripped off their right to participate in elections, and the 20-party alliance nosedived into the ground.

If we analyse the results of some of these elections, we will see that only about a few parties actually have vote banks big enough to have any impact on the overall outcomes. Some of the other, lesser known parties have even been known to have given up their own symbols and chose to run with the symbols of the dominant parties in the alliance. Some of them have even won in elections as well because they received votes from the dominant parties' supporters due to their association with the alliance.

How fares the opposition in Bangladesh?

In the ninth parliamentary election in 2008, a total of 38 parties took part. One of those parties had the organisational strength to nominate a candidate for just one seat in parliament, and there, too, that candidate managed to bag 297 votes only. In 2014, at least five among the 12 parties who took part in the election received less than 10,000 votes combined. In some cases, the smaller parties were the ones who were the beneficiaries. For example, Jatiya Samajtantrik Dal, Workers Party, and Bangladesh Tarikat Federation contested in the election with the Awami League's "boat" symbol in the 2014 election and bagged only 1.75 percent, 2.06 percent and 0.3 percent votes, respectively. But the alliance head, Awami League, accommodated their leaders in the cabinet and some of them became ministers as well, which, quite understandably, they would have never been able to achieve had they contested on their own.

However, as the 12th parliamentary election draws nearer, we are observing an incredible reversal of the trend. While some smaller left-wing parties have started to side with the BNP, which has always been centre-right, some right-wing parties are getting closer to the Awami League, which has been historically centre-left. It is going to be quite hard to tell what this would eventually transpire to, simply because this has never happened before in Bangladesh.

Alliances are a tested strategy to win elections all over the world. However, alliances between parties with completely opposite standings are not very common, and it is hard to tell how well party members at the grassroots level would gel given their ideological differences, especially during election campaigns. Probably, only time will tell.

Bangladesh's economic situation may worsen thanks to internal reasons mainly political crisis that will appear in the days to come rather than the external factors, said MM Akash, economics professor of Dhaka University.

"If we can bring in remittances properly again, exports will grow properly and there will be no food crisis. We may not fall into a crisis from this point if the war does not get worse further. But the crisis awaits us is a political crisis."

The two political parties are all set to face each other and they will take a 'do or die' approach in the next national election, which may create a crisis, he said.

He spoke at a discussion on "Bangladesh economy: the way forward" organised by The Daily Star at its office in Dhaka.

It is hard to say what will happen, as both Awami League and BNP know the possible consequences if they cannot come to power after the next election, Akash said.

Two Gonoforum lawmakers-elect yesterday wrote to the Speaker expressing their willingness to take oath on March 7.

Asked about the matter, BNP Secretary General Mirza Fakhrul Islam Alamgir told The Daily Star that he did not know anything about the letter.

Senior Gonoforum leaders said they would take all kinds of actions against the two leaders if they took oath disobeying the party's decision.

Just around a month before the national election, the BNP, the Gonoforum and some other political parties had formed Jatiya Oikyafront.

Oikyafront leaders, including Dr Kamal Hossain, boycotted the polls results and called for a new election.

The BNP won only six seats against 289 by the ruling Awami League-led Grand Alliance.

All the six MPs-elect of BNP decided not to join the Jatiya Sangsad.

Mostafa Mohsin Montu, general secretary of Gonoforum, said the two leaders would violate the party's decision if they took oath.

“Our party has decided not to send the two MPs to parliament. We will take all necessary actions if they take oath.”

If they took oath violating the party's decision, the Gonoforum would write to the Speaker to cancel their memberships for floor-crossing, he said.

Soon after the December 30 election, the duo said Kamal was positive about their joining parliament.

On January 31, Kamal told journalists that the Gonoforum has informed the two about its decision that they should not take oath.