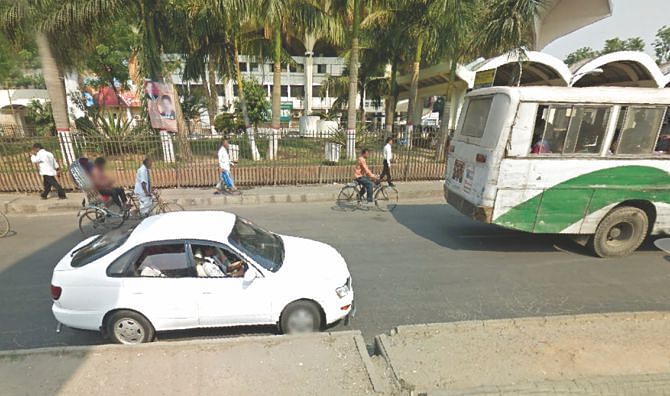 AT its birth in 1971, Bangladesh was given the title 'bottomless basket' by scholars in the developed world because it was considered to be a country with no hope. Some forty years later, it is still a poor nation with low literacy and an international image featuring all forms of disasters, natural and man-made. It is certainly not considered to be a country to have the insight, infrastructural and human capacity, and the wherewithal to utilise information and communication technologies (ICT) for anything, let alone improving governance and service delivery.

But then again, Bangladesh is a country of 'impossible attainments,' becoming the world's 5th fastest growing economy with a consistent GDP growth rate of around 6% for the last few years in a world which has seen near-zero or negative growth, and becoming the 45th  largest economy with GDP size of $286 billion. With the capital Dhaka ranking third in freelance IT and IT-enabled services outsourcing globally, with over 120 million mobile phone users, 43 million internet users, 8 million Facebook users (one new Facebook user being added every twenty seconds), 99% geographical coverage in voice and data connectivity (mostly through wireless networks), and over 5,000 service access points where the citizens receive a multitude of government and private services electronically, the country is on the fast lane towards massive digitisation. The government service delivery mechanism is reinventing itself to becoming more citizen-centric and responsive to citizens' needs.

In its latest string of achievements comes the honour of joining Google's Street View as the 65th country. This was a result of collaboration between Google and the Access to Information Programme at the Prime Minister's Office in Bangladesh. The high-quality 360-degree imagery of the country's capital city Dhaka and the port city Chittagong brings to reality some unique sights and sounds for the visitors of the world. Never before has such a vivid picture of the country's dynamism and vibrancy been accessible to so many people. Soon after the launch in February 5, 2015, 3D images of all seven divisional headquarters of the country along with top hundred tourist spots will be unveiled. The 'virtual walkthroughs' enabled by these 3D images will feature the splendours of Bangladesh to international tourists who are on the lookout for new destinations to experience. At the same time, these will be useful for the burgeoning domestic tourism created by a growing middle class. The walkthroughs will take the visitors not only along the streets in an almost life-like interactive walking experience but will also take them inside points of interest. Visitors can use their computers, tables and phones to move around these places and look at details as if they were physically present in the spots. World's longest beach in Cox's Bazar, breathtaking tea gardens in Sylhet's lush green hills, world's largest mangrove forest, the Sundarbans, with its majestic Royal Bengal Tiger and diverse wildlife, unique experience of both the sunrise and sunset in the ocean from the same location in Kuakata, and many of the marvels of Muslim, Hindu, Buddhist and Christian architecture spread out all around the country will come alive in StreetView.

Initiatives like this are part and parcel of the country's Vision 2021: Digital Bangladesh. By introducing Google Maps with StreetView in Bangladesh, we are expecting to create new opportunities for Bangladesh in terms of boosting tourism and attracting foreign investment, thereby further enhancing our economy as a whole and local businesses in particular. Google Maps and StreetView will play a key role as our country's small and medium businesses go online and improve their web presence. A shop-owner in Old Dhaka, for instance, could link to StreetView images from his/her website and social media to help customers locate the shop.

In addition, StreetView supports our plans to use technology to improve education. Teachers in Bangladesh and around the world could use the imagery in lessons about culture, history, geography, architecture and local businesses. Students can see parts of the country which they may not have the chance to experience in person otherwise. StreetView technology could also play a key role in innovating Bangladesh's crisis response strategy by assessing locations where natural disasters have taken place.

Google StreetView was formally launched by the Hon'ble Minister for Road Transport and Bridges Obaidul Quader on February 5, 2015.