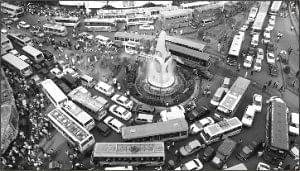 The author is Member, Bangladesh Institute of Planners (BIP), who presented the paper at the BIP roundtable in observation of World Town Planning Day 2008.