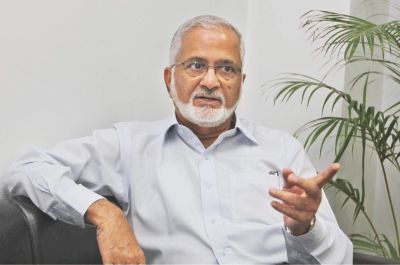 More support from various government departments and publication of a major policy document by the government is urgently required to attract investors, said Alihussain Akberali, chairman of BSRM, one of the biggest industrial groups of the country.
The government needs to lay the future pricing policy on market-based prices of all inputs to power projects, he said in an interview.
â€œWe gave the Board of Investment (BoI), some nine months back, four to five proposals about the problems we were facing in setting up the largest steel plant and a power project. No one from the BoI has so far called us to hear our problems nor were our applications sent to relevant departments."
"How can there be industrialisation under such circumstances?â€ he questioned.
The major chunk of foreign investment is in the export processing zones (EPZs) where labour intensive industries are being set up and which offer a platter of gas, power and tax incentives.
But no importance is being given to import substitution industries, he said.
â€œWe need active support from different ministries of land, water, power, roads and highways, home and energy to help us smoothly set up the two major Tk 3,000 crore projects which will generate employment for about 1,500."
"Today pillar to post, we are just groping in the dark. Of course we are used to it but at what cost to the country?"
It will be impossible for foreign companies to come to the country to set up heavy industries outside the EPZs, Akberali said.
Talking about his own group, the BSRM chairman said there were only 300 employees to start with and today the group boasts to have a workforce exceeding 1,700 which would grow by another 750 by the next year and a half.
BSRM made a modest beginning in the early 1950s under the aegis of his father Akberali Africawala, when the first steel re-rolling mill was set up in the then East Pakistan.
Akberali also said the last accounting year showed a group turnover of more than Tk 6,000 crore with a net profit of around Tk 150 crore.
He said the BSRM's growth and success in being able to supply quality steel to the market have been the result of constant upgradation of their business and using innovative technology.
He also said BSRM's main aim in doing business have been its integrity and honesty. They are a highly ethical group and are the largest taxpayers and the largest power and gas consumers in the country in the steel sector.
This alone is the reason for success of BSRM, he added.
â€œOur customers trust us for quality, correct dimensions of materials, correct weight delivered and timely delivery with adequate and rewarding credit facility to those who meet our business criteria.â€
Akberali said BSRM makes its products strictly in accordance with international and Bangladeshi standards and its mechanical properties including elongation not only meet the standards but are also way above the normal standard values.
This is possible because BSRM has invested in the most sophisticated quenching and tempering heat treatment and control equipment from a renowned European manufacturer, he said.
This technology ensures ductility along with high strengthened ductile bars which are safer.
This is the main reason why developers, consumers and various large projects trust BSRM and place orders with them, Akberali said.
On their expansion plan, the chairman said they are in the midst of setting up the largest billet making plant in the country at Mirsarai, with the production in the plant expected to commence in mid-2013.
The project cost is around Tk 1,300 crore and is being financed by a consortium of bankers from home and abroad.
The plant will have a production capacity of one million tonnes a year.
â€œWe are expanding the capacity of our Nasirabad rolling mills to 450,000 tonnes per annum and are planning to set up a 150MW coal-based merchant power project at Mirsarai.â€
Akberali said this would be the largest ever project in the private sector which would sell 10 percent power to the Power Development Board, while the rest to various private customers.
Commenting on the housing sector in general, the BSRM chairman said high cost of flat registration is one of the biggest deterrents to the development of the sector.
He thinks this makes flat ownership an illiquid investment, where the exit route is not easy. A lack of utility connections such as water, gas and electricity is another big deterrent as many developers cannot hand over finished flats.
The high cost of urban land is the biggest reason for the depressed real estate market as it is impossible for working middle-class to own a flat in the city.
Land is the single largest cost element in the price of a flat.
"If the government could build more highways and roads connecting the existing cities, real estate developers would move their operations to the city outskirts to build new houses outside the cities.â€
He suggests the government give its khas land whereby real estate developers could be invited to build flats which could be sold in turn by the government to the lower and middle-class families on a long-term instalment basis.
About his experience on carrying out business activities in Bangladesh in general and in Chittagong in particular, Akberali said: "Doing business in Bangladesh is most easy and the policy is friendly for any investor."
The BSRM chairman also said the country is small having a homogeneous population, common culture and common language. There is no tension in running a business in the country. Chittagong is the port city, and so there is a big advantage of doing business here, he said.