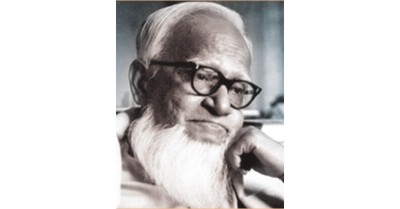 Yesterday (May 4) marked the 29th death anniversary of educationist and writer Abul Fazal. Fazal was born in 1903 in the village of Keochia, under Satkania upazila of Chittagong. After initial schooling at a madrassah, he completed his BA from Dhaka University in 1928. In 1931, he did his BT from Teachers' Training College in Dhaka. He completed a Master's degree in Bangla Language and Literature from Calcutta University in 1940. Fazal initially began his career as an imam before starting to teach. In 1941 he joined Krishnanagar College as a lecturer of Bangla. In 1943 he was transferred to Chittagong College from where he retired as a professor in 1956. In 1973 he was made Vice-Chancellor of Chittagong University. In 1975 he joined the advisory council of the Government of Bangladesh as member in-charge of education and culture, but resigned on June 23 in 1977.
Fazal was a fearless and socially committed writer, whose works reflect patriotism, secularism, and humanism. He was considered the conscience of the nation in his time. Though primarily a writer, Fazal participated in and led almost all intellectual and civil movements against the Pakistani autocratic regime. At the advent of the Bangladesh movement Fazal became a truly national figure guiding the progressive forces with courage and high morale.
Fazal had imbibed a liberal mode of thinking, non-communal and secular, but at the same time followed a tradition of liberal Islamism that took deeper roots in the subcontinent than the fundamentalist Islam which seems to have become widespread.
His notable works are “Chouchir” (1934), “Prodip O Patongo” (1940), “Ranga Probhat” (1957), “Khuda O Asha” (1964) and others.
Fazal's contribution to Bangla literature earned him the Bangla Academy Award (1962), the President's Award for Literature (1963), the Adamjee Literary Award (1966), the Nasiruddin Gold Medal (1980), the Muktadhara Literary Award (1981) and the Abdul Hai Literary Award (1982). In 1974, the University of Dhaka conferred an honorary doctorate on him. He died on May 4, 1983 in Chittagong.