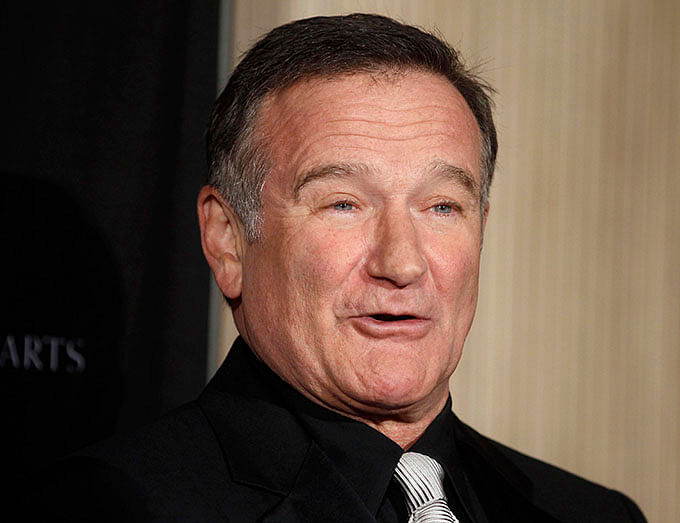 The world is still in shock as people woke up on Tuesday morning to find their favourite comedian and actor, Robin Williams, aged 63, dead -- from an apparent case of suicide. The entertainer shot into fame as an alien in Mork & Mindy in the late 1970s, and took on more serious roles in Good Morning Vietnam, Dead Poets’ Society and Good Will Hunting, which won him an Academy Award.

Inspiring people of several generations, Robin Williams nevertheless had a history of substance abuse and depression, being enrolled in a rehabilitation facility at least twice.

“I just couldn’t accept the fact that my favourite comedian was nurturing a severe case of depression” said Muktadir, a person suffering with manic depression.  “We all tend to hide behind a facade and as it seems Williams excelled in it,” he further added.

Psychiatrist Nighat Ara, a regular columnist of Star Lifestyle had this to say: “The alleged suicide by a legendary figure like Robin Williams surely has a tremendous impact on his family, friends and fans.” Humour can be a great coping mechanism. Sometimes people can use humour or comedy to suppress or repress their true emotions. This then becomes the unconscious, automatic, rigid coping mechanism to deal with life and avoid emotional realities of it. However no single coping mechanism can be equally effective in all life situations.

However, the dark side of William’s life has deeper shades; his relentless battle with substance abuse and alcoholism came in the forefront in social media like Facebook soon after the news of his death had spread like wildfire.

“I was also oblivious to this aspect in the life of Robin Williams. I idolised him as an actor. What went behind the screen simply escaped my attention” Muktadir said.

In her professional opinion, Dr Ara addresses this matter with some concern. “Addiction is a disease of emotions. As a consequence of addiction, the ability to deal with a wide range of emotions wears off further and people become more and more dependent on the mood altering agent to have a false sense of control over life.”

So does this mean that there are lessons to be learnt from this sad incident? After all, he did succumb to infliction of self-harm, which ultimately led to his death.

Dr. Ara saw it differently. “I believe what we can learn from his life is the way he has used his talents all along -- his creativity and passion for art and culture and how courageously he has fought against the evil force that lived inside and outside of him.

“His death probably teaches us humility. No amount of success can ever be enough to overcome our human limitations and that is how we are created.”

Many of his fans will now be able to relate to Robin Williams the person and derive inspiration from his troubled life. Psychiatric disorders are a prevailing malady in our society and the evil has spread across the social divisions. “Nobody is immune to mental illnesses or addiction and let's not judge people for that. Seek help before it is too late!" concluded Dr. Nighat Ara.