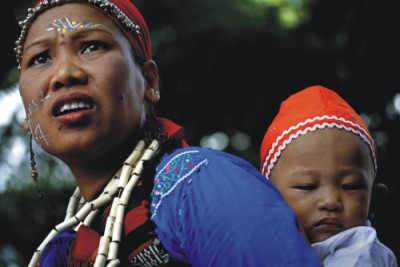 INDIGENOUS communities, popularly known as adivasi or jumma, are the majority population in the Chittagong Hill Tracts (CHTs). There are about 49 different indigenous communities living in the plains and hill areas. Although they constituted about 98% of the total population in this region in 1941, however, the increase in non-ethnic jumma people in CHT had reduced their strength to 51% in 2003. The governments' policies played an important role in the decline. As a consequence, CHT suffers from continuous violence among different groups.
In order to end the violence and conflict and to establish peace in this region, the then AL government (1996-2001) singed a peace treaty, the Chittagong Hill Tracts Peace Accord (CHT Peace Accord), in 1997 with the representatives of the indigenous people. Although the treaty was vehemently opposed by the main opposition (BNP), it was considered as a milestone in the history of Bangladesh. It promised to bring an end to the long-standing armed conflict, provide limited autonomy and facilitate socio-economic development. But the fact is that the indigenous communities are still subjected to misery, harassment and exploitation.
From the very beginning, the BNP-led government was more inclined to solve the CHT''s political problems by military means. Although the accord stated that all the temporary army camps, Ansars and the Village Defence Party (VDP) should be withdrawn, no time limit was fixed. Consequently, even a decade after signing of the accord, only 31 out of 500 security forces camps have been withdrawn. Human rights violations against the jumma people are still taking place. Even the movements of the jumma people have been controlled through reopening of check-posts in some places.
The policy to resettle Bangali Muslims from the plains to the CHT has made the jummas a minority in their ancestral land. The Bangali settlers have been occupying the lands of the jummas and committing ethnocide with the direct help of the government. Thus, once a predominantly non-Bangali Muslim area, the CHT region is fast becoming a Bangali Muslim area. Recent statistics show that the Bangali Muslim population, only around 2 percent of the total population of the CHT in 1947, had risen to as much as 49 percent in 2003.
It has been widely reported that indigenous leaders who advocate autonomy are often victims of oppression by the security agencies. Amnesty International has expressed deep concern regarding the harassment of the indigenous political leaders. Most often, such harassment is done in order to convey the message that no movement towards autonomy would be accepted by the government. Such harassment has continued even after the treaty was signed in 1997.
The government has caused discontent among returned refugees and internally dislodged jummas by providing free rations to illegal settlers under various food security schemes supported by UN agencies and international donors. Many of these settlers have been entitled to free rations for the last two decades. New settlers are also provided free rations, whereas the indigenous jummas who have been uprooted from their homes and suffer human rights violations and criminal acts are denied this entitlement. This is tantamount to racial discrimination on the part of the government of Bangladesh.
The CHT Peace Accord urges the government to "give preference to the eligible tribal candidates" when appointing the chairman of the CHT Development Board. The BNP government (200106), however, appointed Abdul Wadud Bhuiyan as chairman, under whose leadership the CHTDB undertook several development programs biased mainly towards settlers.
Moreover, power struggle between several groups within the indigenous communities is also responsible for their agonies. Violent conflict between two jumma groups, the Parbattya Chattagam Jana Samhati Samiti (PCJSS) and United People's Democratic Front (UPDF), have not helped the situation either, resulting in the killing, maiming and kidnapping of hundreds of jummas. This intra-indigenous violence is perhaps hurting the indigenous people's demand for political rights and natural resources, and is weakening them.
The indigenous people and minorities of Bangladesh struggle for survival. Despite having an ancient history, the indigenous people do not have a "present" or a "future;" their daily lives pass in insecurity, uncertainty and distress. Although it was expected that the 1997 peace accord would protect them from exploitation and suffering, it has failed to do so, instead it is caught in a political crossfire between the Awami League, which has used it as a means of partisan capital, and the Bangladesh Nationalist Party, which has denounced it.
How can the agonies of the indigenous people be reduced? To resolve the existing conflict in CHT, we need strong political ambition and sincere will on the part of the government to implement the peace accord to ensure more political and social rights to the indigenous people. At the same time, it should be anchored in the mainstream politics so that the accord gets due recognition and respect from all successive governments.
It is encouraging to note that the newly elected AL government has formed an implementation committee of the 1997 Accord under the chairmanship of the Deputy Leader of the Parliament. Now, the government should think about withdrawal of military camps, which would ensure that the indigenous people do not face further exploitation and unnecessary harassment. The government should also consider an end to moving Bangali Muslims into the CHT, which would reduce the conflict between the two groups. In addition, harmonious relationship among different indigenous groups is essential. PCJSS and UPDF should work together in order to preserve the interests of the indigenous communities in the CHT.