‘Fizz told me he won’t be able to try yorkers’ 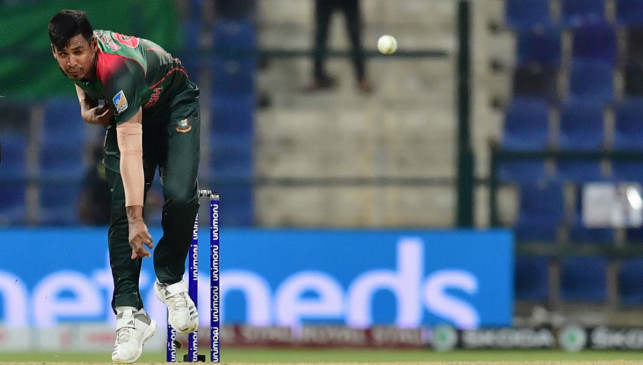 Fizz's fantastic final over against Afghanistan, saw Bangladesh successfully defend eight runs in the last over in a tight match where Afghans looked like they were in the driving seat with wickets in hand.

The Tigers' ace-paceman was having a difficult time bowling with a cramp which he suffered due to the extreme conditions in UAE. The Tigers played three matches in the space of four days in those conditions and while Afghanistan did the same, they are more conditioned to playing in such heat, having played their home matches at the UAE in the past.

Mustafizur, hailed as a magician by his skipper after the game was seen doing stretches as he went to bowl the crucial last over. Captain Mashrafe Bin Mortaza detailed the incredible story of how Fizz had to bowl within limitations that might have derailed any other bowler mentally. In death overs a bowler looks to bowl yorkers in order to force dot balls but Fizz was in no condition to do so.

"Cramp increases the chance of suffering injury and Mustafizur bowled knowing that risk. He did not bowl a single yorker and did not even try to," Mashrafe said.

Fizz was not able to bowl with a normal run up and ran up to the crease with a slight limp.

"When I told him that he must bowl, he told me, "Bhai, I will not be able to try anything else and won't be able to take a run up at my normal pace. I will just be able to bowl a slow length-ball or cutter.""

"The way he backed himself up in those conditions was really great," Mashrafe concluded.