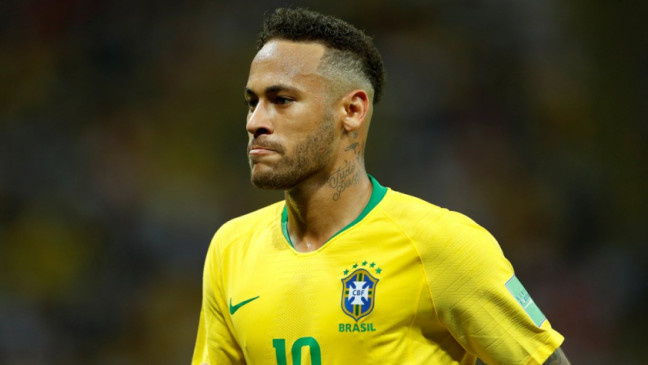 Brazil star Neymar did not quite have the World Cup he would have hoped for as the Selecao were ousted by Belgium in the quarterfinals stage.

Neymar did not influence the way that many Brazilians thought he would and despite scoring two goals in the tournament, former Brazil stars Cafu and Ronaldo had said that Neymar underperformed in the tournament.

His theatrics also led to him being heavily criticized by both media and fans. All this attention can have a negative affect and former Brazil star Kaka came to his countryman’s defence, saying that the number 10 was being unfairly targeted for his country’s World Cup exit. For Kaka, one person cannot be made scapegoat for World Cup exit.

"This search for the one to blame is what I don't agree with too much," Kaka told Omnisport, speaking courtesy of Adidas.

"Brazil lost. It wasn't Neymar who lost. The Brazilian national team was eliminated in the quarter-finals.

He also suggested that criticism should be constructive and felt that there is an overreaction whenever Neymar does something good or bad.

"[The response to] everything he does is very unbalanced. When he does something good, it's very big. And when something not so good happens, it's also very big.

"He, as a 26-year-old lad, has to manage all this... I think he's fine. Many who criticise Neymar are much older and more mature than Neymar is today.

"Faced with all the situations he faces, given the age he is... I'm a fan of Neymar. And that's speaking about him as a celebrity. As an athlete, he's an excellent player."

Neymar had difficulty influencing the game against Belgium at the start but slowly grew into the match. He put passes into favourable positions for teammates in the second half when Brazil turned on another gear.

"He was decisive, he did good passes, he didn't score, but he looked for the game," the retired midfielder said.

"He tried at every moment, he put his team-mates near the goal lots of times, but this happens."