Switzerland knew how to get under Brazil’s skin 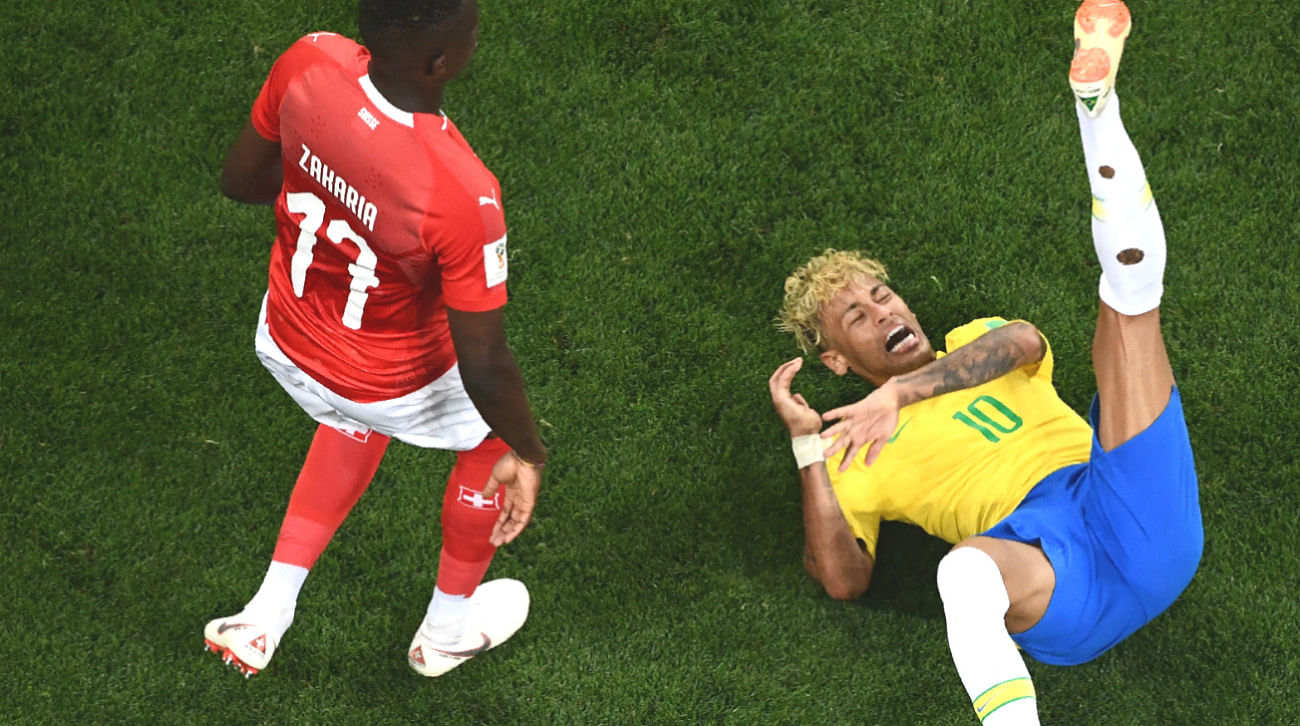 Neymar bore the brunt of the aggression from Switzerland players and in turn he became part of a World Cup record.

Switzerland figured out a way to get under Brazil’ skin. After a comfortable first half, Brazil looked like they would run over the European side who had beaten Spain in 2010 in their opening fixture. However, Brazil became increasingly agitated in the second half when Switzerland ensured that Neymar was not able to influence the match in the way he would have liked. The Swiss defended admirably, not letting the Brazilian dictate terms.

When he did get away from his markers, Switzerland divided the task of taking him out with fouls.

His worst nightmare was Valon Behrami , who was his shadow until he saw the yellow card and was replaced by Denis Zakaria. Neymar’s offensive game was thus marred with frequent interruptions.

Neymar was fouled 10 times during the game against Switzerland last night, the most fouls received by any player in a single match in World Cup since Alan Shearer was fouled 11 times against Tunisia in 1998 World cup.

However, Switzerland played superbly with the ball as well and Brazil really started to falter when Steven Zuber scored the equalizer in the 50th minute. Brazil would build many threatening attack in the end and Neymar too showed his individual capabilities but the Swiss held on.

Much of the pre-match press conferences saw Switzerland manager Vladimir Petkovic and skipper Stephan Lichtsteiner talk of how unstoppable the 26-year-old is but they found a way to limit his effectiveness.

Valon Behrami was the first to hit out at Neymar before Granit Xhaka nearly pulled Neymar's shirt off his back. Lichtsteiner would then inadvertently claw at the forward's face in an attempt to pull at his shirt.

Overall, Switzerland committed a total of 19 fouls and 10 were reserved for the fleet-footed Neymar.

Brazil coach Tite however said that anxiety and pressure were the reason behind the disappointing result in their opening match.

“Until we scored the goal there was a lot of pressure. There was a lot of anxiety, too much pressure and it translated into our way of playing, we were not precise enough,” Tite was quoted by Reuters as saying.

“We had some good, clean situations but could have been more precise. This kind of anxiety comes from the concern of playing a first game in a World Cup; even the coach is anxious.”

Tite also added that his team needs to improve in set-pieces.

“In a World Cup, about 45 per cent of the goals come from set pieces,” he explained.

“Of course I'm not happy with the result. We wanted a victory. But anxiety hit us hard.” Tite concluded.

Brazil's next game is on Friday against Costa Rica, who lost 1-0 to Serbia in their opener.