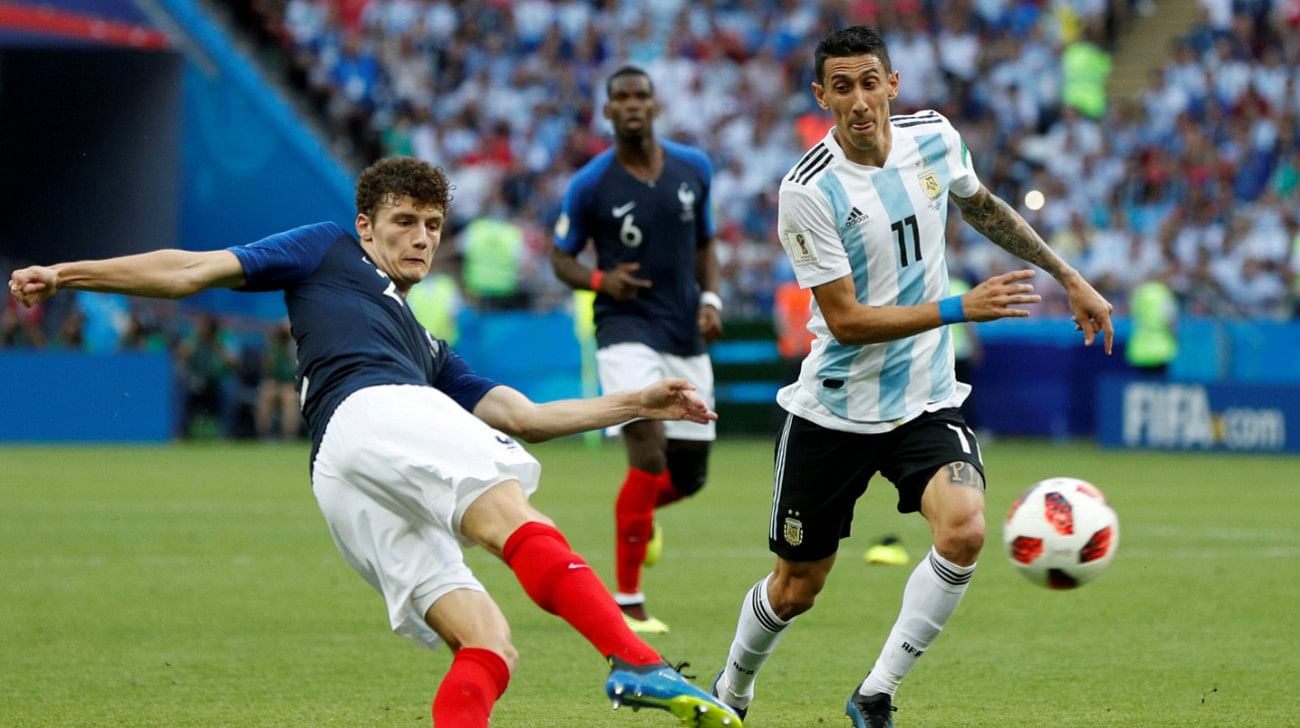 Benjamin Pavard's swerving strike from the edge of the area in France's round of 16 win over Argentina in Kazan has been voted the best goal of the World Cup finals, FIFA have said.

France were trailing 2-1 and heading out of the tournament until the relatively unknown full back got on the end of Lucas Hernandez's over-cooked cross on the edge of the area.

Leaning back and striking the ball on the half volley with the outside of his boot, Pavard generated vicious top spin which took it beyond the reach of Argentina goalkeeper Franco Armani.

France went on to win the match 4-3 and then claimed the World Cup for the second time with a victory over Croatia in the final in Moscow.

Pavard's strike beat out 17 other goals, including a stunning long-range effort from Argentina's Angel Di Maria in the same match, to win the award after a vote by fans, FIFA said. "Proud, honoured, and always a little bit hard to believe," Pavard said in a Twitter post in French.

Juan Fernando Quintero's free kick for Colombia against Japan, a side-footed shot which went under the defensive wall and in off the hands of the goalkeeper, was second in the voting.

Quintero's international team mate James Rodriguez won the vote for the best goal of the 2014 tournament in Brazil with his chest down and volley from 30 yards against Uruguay.