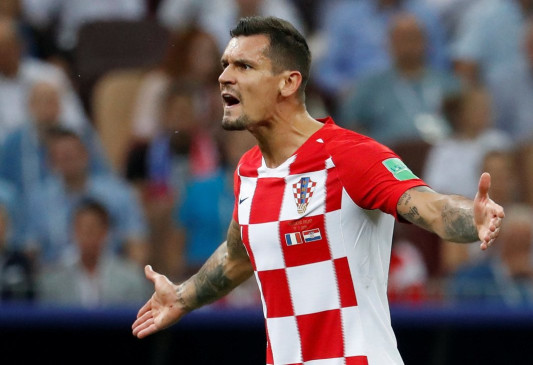 Ivan Rakitic is hoping this Croatia team can go a step further after matching the country’s heroes of 1998 by making it to the semi-finals of the World Cup.

Barcelona midfielder Rakitic scored the decisive spot-kick as Croatia beat Russia 4-3 on penalties after a dramatic quarter-final in Sochi on Saturday finished 2-2 at the end of extra-time.

“We worked so hard and gave everything we had to get through to the semis. I think for a country like Croatia it is impressive and we want to keep going further,” said Rakitic.

“We want to enjoy this victory and not put more pressure on ourselves with what happened in 1998 -- what they did was impressive but we want to keep writing our own history and enjoy what we are doing which is very positive.”

“I hope we can outdo them. Their generation are more than heroes for us,” added Rakitic.

Croatia came from behind in Sochi with Andrej Kramaric cancelling out Denis Cheryshev’s opener as the tie ended 1-1 after 90 minutes.

Domagoj Vida then headed Zlatko Dalic’s side in front in extra time, only for Mario Fernandes to make it 2-2 in the 115th minute.

However, Rakitic ensured that Croatia prevailed in the shoot-out, their second in a row after beating Denmark on penalties in the last round.

They must recover quickly from a draining night before facing England, who were 2-0 winners over Sweden earlier on Saturday.

“We enjoy playing against big teams as we showed against Argentina,” insisted defender Dejan Lovren.

“England are one of the favourites to win the World Cup and you need to respect that, but we have nothing to lose. We will enjoy this game and hopefully we can make history.”

Lovren added that he was confident right-back Sime Vrsaljko would recover from the muscle injury that forced him off in extra-time against Russia.

France and Croatia go into Sunday's World Cup final in Moscow with the same starting line-ups as in their semi-final wins over Belgium and England respectively.

Kylian Mbappe and Antoine Griezmann support Olivier Giroud in attack in France's 4-2-3-1 formation, while Ivan Perisic and Ivan Strinic, who had been pre-match injury doubts, have been passed fit for Croatia.

Perisic was the star of Croatia's 2-1 extra-time victory over England at the same Luzhniki Stadium on Wednesday, scoring his country's equaliser and then setting up the winner for Mario Mandzukic.

Croatia are in their first ever final, while France are aiming to win the trophy for the second time, after beating Brazil 3-0 in the final as hosts in 1998.

France beat Belgium 1-0 in the semi-final with a Samuel Umtiti goal in the second half.

Starting line-ups for the World Cup final between France and Croatia at the Luzhniki Stadium in Moscow on Sunday (1500 GMT kick-off):

On Sunday night Griezmann and his team mates produced a pulsating performance before falling to the ground, hugging and sobbing as world champions.

"I do not know where I am," the stunned 27-year-old said while organisers hurried to set up the presentation stage on the pitch. "We cannot wait to lift the Cup and bring it back to France."

While waiting for the presentation Griezmann burst into tears, seemingly as the enormity of his team's achievement swept over him, and while a rainstorm soaked the Luzhniki arena, the player embraced French president Emmanuel Macron who kissed his forehead and clasped his shoulders.

Once the French had their hands on the coveted golden trophy, Griezmann grasped it and ran down to fans behind the goal to show them the World Cup, before skipping back along the side of the pitch holding it aloft.

And when he finally emerged from his on-pitch celebrations the tears had been replaced by a wide smile.

"Frankly I have not yet realised what we have done," he grinned after being named man-of-the-match.

"The World Cup... it's a lot... I am very proud of this team, the players, the coach, the staff. We were really a united group either on the bench or in the line-up. We did something incredible, we wrote history," he said, downplaying his individual role.

But certainly it had been a virtuoso performance by a player of undoubted talent who finally answered his doubters on the game's biggest stage.

He had stayed calm under pressure, unlocked the Croatian defence and been key to victory.

For now, though, he wanted to look forward.

"It is France we love. (We have) different origins but we are all united. We are many players with different backgrounds, but we have the same goal, we wear the same jersey, we work for each other.

France managed to overcome mistakes and imperfections in their World Cup final victory over Croatia with sheer mental strength to lift the trophy for the second time, coach Didier Deschamps said on Sunday.

France overpowered Croatia 4-2 to lift the trophy and Deschamps became only the third man, after Brazil's Mario Zagallo and German Franz Beckenbauer to win it both as player and coach.

But they were made to sweat for about an hour and needed an own goal and a penalty to take the lead.

"My greatest source of pride is they had the right state of mind," Deschamps, who had captained France to the 1998 title, told reporters.

"Today there were imperfections, we did not do everything right but we had those mental and psychological qualities which were decisive for this World Cup."

France took the lead from a Mario Mandzukic own goal and they had to soak up a sustained Croatian offensive, including a 28th-minute equaliser, before going in front with a penalty.

They then struck twice midway through the second half to put the game beyond the Croats.

Deschamps said 14 of his players were World Cup newcomers but were ready to work towards a common goal and were mentally more mature than their age.

"Talent is not sufficient. You need the psychological and mental aspects. Any team is then able to climb mountains," Deschamps said.

"Sometimes I can be hard very hard with them but I do it for them and even though they are young they usually do listen."

Among the newcomers are Kylian Mbappe who was voted young player of the tournament and scored France's fourth goal.

"The collective is always important but there are individual players who have made the difference," he said, naming Mbappe and man-of-the-match Antoine Griezmann.

"Those 23 players will now be linked forever whatever happens. They will go different paths but will forever be linked together and from today nothing will be the same professionally because they are world champions.

"We will realise what has happened tomorrow," he said after his players stormed the news conference twice to douse him with champagne. "At the moment they do not know what it is to be world champions."

The 49-year-old coach, who also led France to the Euro 2016 final only to lose in Paris to Portugal, said that defeat may have been key to winning the World Cup.

"Maybe if we were Euro champions we would not have been world champions today. I learned a lot from that defeat," he said.

"The Euro final was different. We tried to stay relaxed this time and the players knew what they had to do and what was at stake."