Tevez asks Messi to hang on 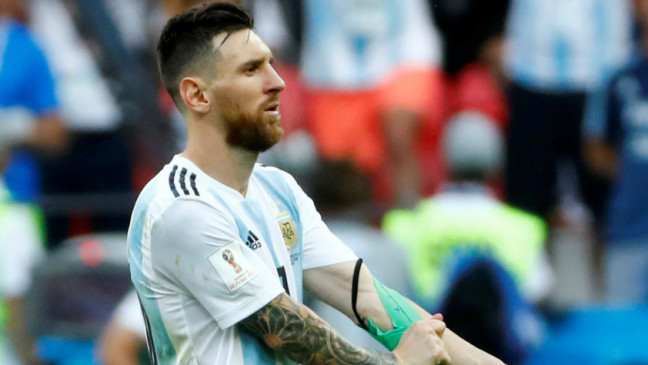 Argentina footballer Carlos Tevez, who was left out of the World Cup squad that exited the tournament at the round of 16 stage, called on his country’s talisman Lionel Messi to not retire because of the disappointment of yet another unfulfilled World Cup ambition. In an interview with ESPN, he also floated the name of a possible replacement for coach Jorge Sampaoli.

Messi had retired from international football in June 2016 after a Copa America final defeat to Chile during which he missed in the penalty shootout. He later reversed his decision.

There have been fears that, after an underwhelming World Cup campaign that included a 3-0 defeat to Croatia in the group stage and a 4-3 reversal in the last 16 against eventual champions France, Messi may go the way of coach Sampaoli and call time on his Argentina career again.

"I think Leo has to think about himself," The 34-year-old Boca Juniors forward told ESPN. "He has to think that, if there is not a project that makes him happy and in which he feels comfortable, it is very difficult to take the responsibility of leading Argentina to become champions by himself.

"As a player and as an Argentine I tell him that we need him, that he try to rest, that he keep a cool head. We need him because he is the soul of Argentina and, as long as he continues playing football, it has to be that way because he is Argentina's biggest idol and he has to take that responsibility.

With Sampaoli’s exit, the stage is set for a new coach to take over the reins of a faltering outfit. The Argentine Football Association (AFA) are favouring Peru boss Ricardo Gareca as a potential replacement, but Tevez plumped for the man who was in charge of the 2006 campaign, when Argentina lost in the quarterfinals against Germany in a penalty shootout.

"I think that the closest we were to winning a World Cup was with Jose [Pekerman]," Tevez said. "If we had beaten Germany [in the 2006 quarterfinals], we knew we were going to be champions and we lost on penalties. From my personal experience, I think Jose is the man who can do it [be Argentina manager] quietly because he knows what is being talked about."