Neymar not competing with 'icons'
Skip to main content

Neymar not competing with 'icons' 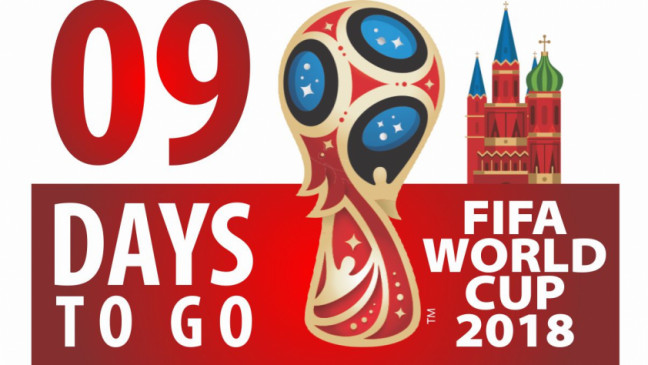 Brazilian superstar Neymar says he has no desire to be Brazil's all-time leading scorer despite being third in the Selecao's charts.

The 26-year-old returned from a three-month injury layoff in a friendly against Croatia on Sunday, when he opened the scoring with a sublime strike that took his tally for Brazil to 54, one behind Romario.

Only Ronaldo and Pele, who leads the charts with 77 strikes, lie in his path. However, speaking after that sumptuous strike off the crossbar had given Brazil a 2-0 win, Neymar said that records were unimportant.

"There is no fight to be Brazil's national team top scorer," Neymar was quoted as saying by FourFourTwo. "I think it's just numbers."

Neymar added that, in his eyes at least, he would never be better than the players he was competing with.

"They are my idols, those who were here before me, and when it comes to idols, I will never be better than them. So I respect each one of them, Romario, Zico, Ronaldo, Pele... because they are my idols. It's just numbers," Neymar said.

"I'm happy to help my team, to score goals, but I don't want to be better than them and neither will I be. Each one has their own history and knows their importance in the team. I'm very happy for the goals," the PSG frontman concluded.

French champions Paris St Germain have said they will take action against Neymar after the Brazilian forward failed to report for training on Monday.

The 27-year-old is a reported target for Barcelona, whose President Josep Maria Bartomeu said last week that Neymar wanted to leave the Ligue 1 side to return to Spain, but that PSG were reluctant to sell him.

"On Monday, July 8, Neymar was due to return to pre-season activities with the Paris St Germain senior squad," PSG said in a statement on their website https://en.psg.fr/teams/first-team/content/club-statement-regarding-neym....

"Paris St Germain notes that Neymar was not in attendance at the agreed time and place. This was without the club's prior authorisation. The club regrets this situation and will therefore take appropriate action."

The biggest change for Brazil at this World Cup is not on the field, or on the training ground, or even in the dressing-room. It's on the team sheet.

For the first time since 1974 Brazil have arrived at a World Cup without a player better known by his nickname than his given name.

Brazilian players usually go by one name but while they might all sound exotic to foreign ears, there is a big difference between those who use their given names and those better known by their nicknames.

This year there are no little coins (Tostao in Portuguese), no superheroes (Hulk), and none of the seven dwarves (Dunga, or Dopey).

In their place are Fred, Douglas and Marcelo, names that would not be out of place in a London accountant's office.

From an early age, players now aim to become brands and that is harder if you are named after a body part, such as Bigode (Moustache); a nationality, such as Alemao (German, because he was blonde and blue-eyed); or a colour, like Branco (White, because he was the only white player in a team of Afro-Brazilians).

"Agents and the directors of football clubs have stopped players from using nicknames," Dos Anjos said.

"If your name is Hulk then you will be painted green and made to look like your name. It is a way to neutralise any irony or folklore and make them seem more serious."

Had seriousness been a factor in years gone by the story of Brazilian football would be very different.

Instead of Pele, a nonsensical name he picked up as a child, the record books would be filled with the legend of Edson Arantes do Nascimento.

Garrincha, who was named after one of the birds he so loved, would be known as Manuel dos Santos, a name as common in Brazil as John Smith is in England.

And rather than chant the name of Zico, one of their most illustrious successors, fans would sing the praises of Arthur Antunes Coimbra.

Brazilian supporters might not care what their players are called if they win the World Cup for the sixth time and many foreign ears will not even notice the change.

But the standardisation of monikers has drained some colour from the most vivid of all footballing nations, according to Dos Anjos.

"You start to see that they are taking some of the fun out the game,” he said.

Paris St Germain revived their Champions League campaign with a 2-1 win over Liverpool in Group C on Wednesday, leaving the English club's hopes of reaching the last 16 hanging in the balance.

PSG set out like a team determined finally to prove their credentials on the big European stage, and went in front in the 13th minute through Juan Bernat, before Neymar made it 2-0 eight minutes before halftime after a lightning PSG counter-attack.

Yet with the French champions in cruise control, Angel Di Maria needlessly brought down Sadio Mane to concede a penalty, which James Milner converted in first-half stoppage time, to give Liverpool hope.

The visitors could not find an equaliser, though, slipping to a third away group defeat -- the first time they have lost all three group matches away from Anfield in the Champions League.

The result sees PSG leapfrog last year's finalists Liverpool, with eight points to Liverpool's six, with Napoli top of the group on nine and everything still to play for in the final round of matches.

Liverpool head into the game against Napoli at Anfield needing to win 1-0 or by two goals or more to guarantee their spot in the knockout stages, while PSG will go through with a win over Red Star Belgrade.

"Now we have to use Anfield one more time," Liverpool manager Juergen Klopp told BT Sport. "We will see what happens. 11th December (against Napoli) we have a proper final at Anfield."

Desperate to make an impression on the European stage, having not reached a Champions League semi-final since 1995, PSG were handed a pre-match boost with both Neymar and Kylian Mbappe passed fit to play.

The duo caused the Liverpool backline plenty of problems from the start, with goalkeeper Alisson forced into a smart save to deny Di Maria and Mbappe then firing straight at the Brazilian.

Bernat then danced into the Liverpool box after pouncing on Virgil van Dijk's poor clearance to break the deadlock.

After Mbappe and Neymar combined down the left, the Frenchman squared for Edinson Cavani, whose effort was saved only for Neymar to convert the rebound, becoming the top-scoring Brazilian in Champions League history in the process.

"The start was like we expected it to be, to be honest, very wild, very intense," Klopp said. "The problem is when a game starts like that it is difficult to gain confidence, and we never got to 100 percent of our game."

After Milner got Liverpool back into the game, the old PSG, who have suffered plenty of Champions League disappointments against high-calibre opposition, might have let the setback get into their heads.

Yet they stood firm as Liverpool pressed after the break and came closest to scoring again, when a bullet header from Marquinhos was brilliantly saved by Alisson.

Brazil will look to secure top spot in Copa America Group B by winning against Columbia, who slipped to a 2-1 defeat against Peru. Securing top spot will help in reducing the chances of coming up against Lionel Messi's Argentina before the final.

Brazil will finish top of Group B should they win against Colombia and Peru fail to beat Ecuador.

Brazil coach Tite's idea however is to go along the same rotation policy that have seen them acquire six points from two matches so far but was hopeful the balance of his side will not be hindered.

"We continue with this idea in this competition, some changes," said Tite. "We hope that these changes theoretically do not modify the gear or the balance that the team has had," he added.

Brazil made six changes between the 3-0 win over Venezuela in the opening game and the 4-0 they handed to Peru afterward. Neymar started both games and scored in both.

Columbia coach Reinaldo Rueda said that the way to stop Neymar is to create dissonance in Brazil's 'circuits' in the field.

Brazil's Richarlison celebrates scoring their fourth goal with Neymar during the match against Peru. Photo: Reuters

"The defense is a collective situation and not only of the men at the back, everyone has responsibility and the premise is to reduce the offensive power of Brazil ... There are connection circuits in Brazil, not only with Neymar, and you have to identify that well and concentrate, '' Rueda evaluated.

A win will secure Colombia's place in the quarters, though a draw could be enough if Ecuador lose to Peru in the earlier game. The omens are not good for Colombia heading into the match in Rio de Janeiro. They are winless in their last four meetings with Selecao, Colombia's last victory coming in the 2015 Copa America.

A "very optimistic" Roberto Carlos declared "it is time to win" as he backed Brazil to lift the World Cup in Qatar.

The Selecao breezed through South American World Cup qualifying, topping their group after going unbeaten before the rearranged clash with Argentina on September 22.

Argentina are another force to be reckoned in the battle for the famous Jules Rimet trophy, having gone undefeated in 33 games – the longest intact unbeaten run in international football.

Holders France are also among the contenders, while England, Spain and Germany will be expected to provide stern competition at world football's showpiece event.

Roberto Carlos was in the team that won Brazil's fifth and most recent World Cup in 2002, and he believes Tite's side will end a 20-year wait to be crowned champions in December.

"The most important thing is that Brazil have a great team," he told reporters. "It's time to win, because the last photo we have is ours [in 2002].

"I am very optimistic. It is not easy to win a World Cup. In recent times, the Brazilian team are as usual, since our time, they have played great games, but have never been so good.

"The Copa America is important but for the Brazilians, this World Cup is going to be very important and has a special flavour, the moment of the national team is very good.

"At least the European press put Brazil as one of the favourites. This is already an important factor.

"Luis Enrique commented on it the other day, if you ask any other national team coach, the Brazilian team is one of the four favourites for this World Cup. If they prepare well, Brazil will win again."

Brazil start their World Cup campaign against Serbia on November 24, with clashes against Switzerland and Cameroon to follow in Group G.