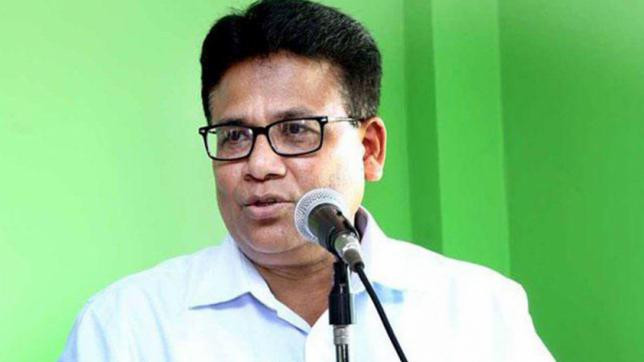 Election Commission (EC) has assured of investigating all incidents of violence during today’s general election that saw deaths of at least 19 people and more than 200 hurt.

“Legal action will be taken after investigating each of the incidents of election violence,” Helal Uddin Ahmed, the commission’s secretary, said at a press briefing.

He was briefing reporters at a press briefing held at Nirbachan Bhaban around two hours after Bangladesh’s 11th parliamentary election came to a close.

Also, the election saw opposition candidates boycotting elections in at least 43 constituencies; 42 of who were JatiyaOikyafront runners.

Several journalists were the victims of physical violence on election day. Al Amin, a reporter for the cvoice24.com news website, was attacked by about 15 activists when he tried to cover the polling in Chattogram.

Despite having accreditation from the electoral commission, at least seven Daily Star journalists were meanwhile denied access to polling stations by police or by representatives of the ruling coalition.

The Daily Star photographer Kazi Tahsin Agaz Apurbo was attacked by ruling party activists while taking photos of a Dhaka polling station. Kafi Kamal, a reporter for the Manab Zamin newspaper, had to be hospitalized after a similar attack in Dhaka.

At another incident, some journalists of different newspaper and online news portal were attacked by the Awami League activists in a polling centre at Farmgate of Dhaka around 1:30pm on December 30, 2018. A female voter preferring anonymity due to security reasons, she said, "When we went to the centre, people asked us to go home, saying voting has ended." There were some voters wanted to cast their votes but the Awami League activists said, “Go home, voting has ended.”

They were capturing the scenes of irregularities in the polling center. Our online digital lead, Md. Mahamudul Hasan was on the spot. He took the photos of the AL activists and was capturing a video by his smartphone of the frustrating experience of a female voter. On that time, the AL activists attacked and started beating him. Then, they snatched and destroyed his mobile. He said that the attackers were armed with rod, hokey sticks.

On December 25, 2018, at least twelve journalists on duty to cover election news were injured and 16 vehicles carrying them vandalised as unidentified miscreants attacked them at a rest house close to Nawabganj Police Station.

A total of 40 journalists and drivers of Jamuna Television and Jugantor boarded Shamim Guest House at Kolakopa Bandura in Nawabganj to cover electioneering of the upcoming 11th national elections for the Dhaka-1 constituency, he said.

The attack continued for 20 minutes in which several rooms on the third floor and around 16 vehicles parked downstairs were vandalised, Islam said.

The journalists were confined to their rooms for around an hour, he added.

The Daily Star tried to reach the Superintendent of Police of Dhaka district and officer-in-charge of Nawabganj Police Station over phone for their version but none-of them picked up calls.

Quamrul Hasan, sub-inspector of Nawabganj police station, was seen on Jamuna television to have arrived at the scene later to collect evidence of the incident and was heard saying that they would look into the incident

A Dhaka court today granted bail to BNP Secretary General Mirza Fakhrul Islam Alamgir in an arson case filed with Paltan Police Station.
Metropolitan Magistrate Maruf Hossain passed the order after Fakhrul surrendered before it in the morning seeking bail in the case.
Earlier on June 18 last year, Fakhrul secured bail in the same case.
Police pressed charges against Fakhrul and 42 others in the arson case on May 3.
Tabibur Rahman, a sub-inspector of the police station and also the investigation officer (IO) in the case, submitted two separate charge sheets -- one over arson and the other over hurling crude bombs -- to the Chief Metropolitan Magistrate's Court in the capital.
Fakhrul, along with 11 others including BNP leaders Rizvi Ahmed and Amanullah Aman, is now on bail.
Meanwhile, BNP leaders Barrister Rafiqul Islam Mia, Barkatullah Bulu, Habib-un-Nabi Khan Sohel are among the rest 31 who are absconding.
The case was filed after a bus carrying public administration ministry staff was set ablaze at Purana Paltan intersection around 6:00pm on December 28, 2014.

Supporters of nomination hopefuls went on rampage and vandalised local Awami League office in Chittagong today ahead of the upcoming union parishad elections.

Centering the party nominations for the upcoming union parishad (UP) elections, over 300 activists of AL and its associate organisations from different unions of Anwara upazila went to the party office at Anderkilla at around 11:15am and started vandalising chairs and tables.

When contacted, Mafizur Rahman, general secretary of Chittagong (South) district unit of AL, said, “We will not give the nominations, the AL chief will give the final decision.”

The United States has said the violent political impasse in Bangladesh unfortunately is impeding the economic progress that will be needed to lift more than 60 million people out of extreme poverty.

US Assistant Secretary of State for South and Central Asian Affairs Nisha Deshai Biswal said this while making her statement on the US Rebalance in South Asia: Foreign Aid and Development Priorities before the House Foreign Affairs Committee on Asia and the Pacific in Washington DC on March 24.

She said just last week the IMF blamed the political disruptions in its reduced growth projection for Bangladesh.

The US diplomat said Bangladesh has the potential to become a model of a modern, prosperous, strong, and inclusive country that connects the economies of South and Southeast Asia – but to seize this potential will require a reversal of negative governance trends, as well as political leadership that eschews violence and puts people before party politics.

Biswal mentioned that the US strongly condemned the violence that has killed and injured scores of people in Bangladesh.

She said while the recent lull in violence is welcomed, they have urged the Government of Bangladesh to restore and rejuvenate its democratic institutions – including support for freedom of expression, especially by the media, and space for peaceful protest and dissent.

"We can clearly see what is possible in Bangladesh because our assistance programs there have yielded some of the best returns on investment in the world: mortality of infants under 5 has been reduced by 60 percent and maternal mortality by 66 percent. Rice shortages have been turned into surpluses, she said."

The US diplomat said protected forests are mitigating the impacts of climate change.

"US assistance to Bangladesh aids the country's long term development and stability, and is channeled through three presidential initiatives – Feed the Future, Global Climate Change, and Global Health."

Biswal said their assistance addresses persistent challenges in the areas of agricultural productivity and crop diversity, health care, nutrition, vulnerability to natural disasters, governance, and the rule of law, and seeks to support efforts to stabilize Bangladesh's democracy.

Judge Kamrul Hossain Mollah of the Metropolitan Sessions Judge’s Court passed the order after scrutinising the case docket and other relevant documents.

The court also fixed March 3 for hearing on charge framing against them.

Of the accused, Fakhrul, Moudud, Goyeshwar, Noman, Aman and 25 others are now on bail while Abbas and Annee are in jail. Four others have been absconding.

Mohammad Enamul Haque, an inspector of Detective Branch of police and also the investigation officer of the case, submitted two charge sheets to the Court of Chief Metropolitan Magistrate, Dhaka on May 11 last year.

According to the case statement, Fakhrul, Moudud and 24 others along with 1,000 to 1,200 unnamed activists brought out a protest procession in front of Twin Tower in Dhaka’s Shantinagar area on March 2, 2013.

A case was filed later with Paltan Police Station against Fakhrul, Moudud, Goyeshwar, Noman and 22 others for their alleged involvement in the incidents.

After surviving a deadly petrol bomb attack on March 21 last year, he could rest only till his wounds healed. And then he had to return to the backbreaking job of a day labourer.

"How would I provide for my family if I did not go to work? We would have to die of starvation," said the father of two, with his head hunched, his eyes gazing at the ground.

He was shovelling stone chips off a truck in Magura when these correspondents approached him in an afternoon a few weeks ago.

"My hands and back itches whenever I work under the sun," he said, showing his calloused hands, roughened by decades of manual labour.

The burnt hands of Ilias Biswas, who suffered 50% burns in an arson attack last year.

"I cannot work for much long at a stretch. My health ... It doesn't allow me to work every day."

Ilias along with some other labourers were returning from Arpara to Magura town after offloading sand when their truck came under a grisly petrol bomb attack during the violent anti-government blockade by the BNP-led coalition last year.

The attack left five dead, four of whom were from Malikgram, Ilias' village.

With around 50 percent burns on his back and lower part of the body, Ilias took treatment for over a month and a half at Dhaka Medical College Hospital.

While he was groaning in excruciating pain all over his body, a bigger worry engulfed his mind: How would he now run the family?

His wife Dolena Begum has a dysfunctional leg and their sons, aged 13 and 11, are school-goers.

"After getting released from the hospital, we tried to make a living by catching fish. Even my minor sons joined me in this. But it was not enough," Ilias went on.

To keep their heads above water, his physically-challenged wife too tried to work as a domestic aide.

"But it is really hard for her, you know. She cannot move around as easily as others."

"It's hard to survive this way," he says with a deep sigh.

A year into the attack, the family has moved into a two-room house built by the government for the arson attack victims.

Though the families of the dead received Tk 10 lakh each in compensation, there was no financial aid for Ilias.

His nephew Arab Ali, 23, was with him on the truck when a Molotov cocktail was thrown on to it.

He used to work as a day labourer, but now he does not get any job.

"I do most of my work with my left hand. Who will hire me now?" he says.

His father too is a day labourer.

There is another concern that often grips Arab.

"Knowing all these about me, who will want to marry their daughter off to me?"

His question hung in the air, unanswered, as the sun was setting on Malikgram village.