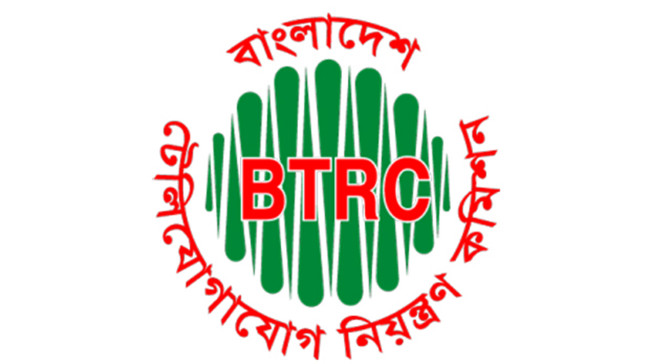 As per the Bangladesh Telecommunication Regulatory Commission (BTRC) order issued around 10:00pm yesterday, people using the internet on their phones would not be able to stream or upload pictures or videos.

Some users have already started complaining about the internet speed since 10:30pm.

Only 2G internet would be available now, according to an e-mail sent to mobile operators by the BTRC's engineering and operations department.

The decision must be in effecti until further notice, it said.

Contacted, BTRC Chairman Jahurul Haque refused to comment on this.

Requesting anonymity, a commissioner said the order followed a request from the higher authorities.

Officials said the situation may continue until December 31.

On Wednesday, the BTRC in a meeting with the International Internet Gateway representatives said social media sites, especially Facebook, would be blocked if needed.

BTRC engineers also visited the mobile operators' offices and examined how long it would take to block the services.

On Monday, the EC asked the BTRC to prepare to block 3G and 4G services and social media sites for three days, including December 30.

The BTRC had also formed a team to stay at its office round the clock and act if any unlawful online activity is detected, officials said.

The number of internet users in the country grew by 19.60 lakh in August which is by far the highest in a single month in recent years, according to a report published by the Bangladesh Telecommunication Regulatory Commission (BTRC) today.

This incremental growth surprised industry insiders as two top mobile operators in the country -- Grameenphone and Robi -- have been under massive restrictions from the regulator’s side to realise their dues fixed by audit, the report said.

Since July the telecom regulator came hard on the two top players and restricted their network expansion, banned their new offers and new package approval.

They also cut the bandwidth allowance of Grameenphone by 30 percent and Robi by 15 percent in July.

However, that did not impact the acquisition of new customers, BTRC data shows.

Of the new addition, mobile operators’ contribution was 19.59 lakh and another one lakh came from fixed broadband segment.

With this, the total active internet connections in the country now stands at 9.81 crore, which is an all-time high, according to BTRC statistic.

Mobile phone-based connections contributed the highest to the tally with 9.24 crore users, followed by WiMAX with 40,000 users.

The BTRC data also shows, the total active mobile connections stand at 16.26 crore, of which Grameenphone is leading with 7.56 crore, according to the official data.

Robi is in second position with 4.78 crore and Banglalink and Teletalk are at 3.48 crore and 43.87 lakh respectively, BTRC data reads.

A high official of BTRC told The Daily Star wishing anonymity that all the mobile phone operators were given instruction to block 3G and 4G services in the area.

“Amid network difficulties we completed the interview process for today (Monday),” he said.

The interviews for the day ended at 10:00pm, he added.

Telecom operators yesterday rolled out a much-hyped "unlimited" and "without expiry" internet data packs, which apparently will come to little benefit to users.

This is because the "unlimited" monthly data package actually has a daily data usage limit while the data "without expiry" in reality means it has a validity of one year.

For instance, the data of the "without expiry" package will not be usable after one year of purchase. Bangladesh Telecommunication Regulatory Commission (BTRC) said the validity of data was kept one year due to technical reasons.

In the "unlimited" monthly data category, only GP offered two packages. But both come with daily data usage limitations.

The other three operators said they would offer such packages within next month.

Telecom Minister Mustafa Jabbar inaugurated the new packages at an event at the BTRC.

The BTRC has taken the initiative on the minister's directive to give customers some sort of relief as one of the major inconveniences for many customers is that they can not consume all the data for which they have paid for due to time limits.

"If the restrictions on the use of the internet are removed, the customers get the freedom of the use. People's freedom to use the internet should be given utmost importance," said Jabbar.

"Not just service expansion, the quality of service of the operators should be improved. People are not satisfied with their current service," he said.

BTRC Chairman Shyam Sunder Sikder said the commission has never been in favour of operators and would never be.

"Ensuring peoples' rights is the highest priority of the BTRC. The BTRC is not satisfied with mobile phone operators, rather annoyed," he said.

"From now on, if the quality of service is not up to the mark, the operators will be fined," he said.

However, the prices of these packages are higher than that in neighboring India.

For example, a customer of JIO, the top mobile network operator in India, can avail 2 GB of internet data every day for a month paying Rs 299. On top of that, they also get free voice calls and SMS.

But such comparisons do not wholly do justice, especially due to the fact that the telecom industry faces a substantially high rate of taxation in Bangladesh.

For every Tk 100 mobile top-up, the government claims Tk 54 in different taxes.

"Besides, there is no tax on SIM sales in India, whereas it is Tk 200 in Bangladesh. And India's operators can develop their optical fibre network and run other infrastructural development, which is restricted for the operators in Bangladesh," he said.

He said operators in India also can sell phones locked to their services, which helps them generate more revenue.

"These restrictions and high taxation are the main obstacles to delivering quality service and low-priced packages," he added.

Customers are not satisfied with the prices of the packages.

Jahidul Islam, a mobile phone user, said charging around Tk 1,100 for 15GB with a year's validity was exorbitant.

"Besides, there is no logic to offer 5GB for a year in a package," he added.

A mobile internet subscriber on an average used 4.3GB per month in the last quarter of 2021, according to the BTRC.

Abu Saeed Khan, a senior policy fellow at LIRNEasia, said Grameenphone can not offer low prices due to restrictions imposed on it by the BTRC for being an operator with significant market power (SMP).

"It is high time to remove the restrictions…to foster increased competition. It is pointless to maintain SMP status on Grameenphone anymore as it is not serving the interest of consumers," he said.

Md Nasim Parvez, director general of the Systems and Services Division at the BTRC, said the telecom operators would not be able to provide internet prices in line with the broadband internet service providers due to some technical reasons which increase product development costs.

In contrast to broadband internet service providers, mobile operators additionally have to use spectrum, develop or rent towers and cannot share bandwidth. "So we all have to understand this matter," he said.

He said the operators would offer more packages in the coming months and if customers were not satisfied with the pricing, they can avail regular internet packages.

The High Court yesterday blasted BTRC for its failure to prevent the spread of hateful contents on Facebook, which has caused disruptions in social and communal harmony in the country.

The HC bench of Justice Md Mozibur Rahman Miah and Justice Khizir Hayat said if the Bangladesh Telecommunications Regulatory Commission had taken measures to stop the spread of fake news on Facebook, the communal attacks, militant activities and chaos during the Durga Puja festival last October would not have happened.

"There are specific provisions under Section 8 of the Digital Security Act, 2018 based on which the BTRC can regulate Facebook and remove or block publication and dissemination of hateful contents from the social media platform.

"But why does the BTRC need order from this court each and every time to remove such content from Facebook?" the HC bench asked while hearing a writ petition regarding the issue.

It directed the authorities concerned to take necessary steps to remove the hateful contents from Facebook and stop their misuse.

The court also issued a rule asking respondents to explain in two weeks why their failure to prevent publishing, disseminating and spreading of despicable contents on Facebook should not be declared illegal.

In the rule, the court also asked them to show cause why they should not be directed to regulate Facebook under Section 8 of DSA in order to stop circulation of such contents.

The BTRC chairman; secretary at the Ministry of Posts, Telecommunication and Information Technology; senior secretary at the public security division of the home ministry, director general of the digital security agency and Meta CEO Mark Zuckerberg, owner of Facebook, have been made respondents to the rule, petitioners' lawyer Tapas Kanti Baul told The Daily Star.

A Facebook post on October 13 last year claimed that Hindus insulted the Holy Quran by placing it in a Durga Puja mandap. Videos and photos of the Holy Quran kept at a mandap in Cumilla were circulated widely on social media, mostly Facebook.

Later, communal attacks took place in 27 districts against Hindu establishments from October 13 to November 1, they said in the petition.

Grameenphone today deposited Tk 1,000 crore to Bangladesh Telecommunication Regulatory Commission (BTRC) as per the order of the Supreme Court.

Hossain Sadat, head of regulatory affairs of GP, handed over a pay order of Tk 1,000 crore to Jahirul Haque, chairman of BTRC this afternoon, reports our staff correspondent from the spot.

The operator has taken the decision to get court protection due to the pressure BTRC applied on it and its management, it said in a press release on Friday that was signed off by its head of external communications Md Hasan.

"These actions have had a negative impact on customer experience and business partners, reduced confidence in the business environment and dented interest from investors," added the statement from the operator, which has 46% share of mobile subscribers in Bangladesh.

But the Norwegian Telenor Group subsidiary's latest move comes after the Supreme Court on Thursday raked it over the coals for failing to pay Tk 2,000 crore as per an earlier order.

"First pay Tk 1,000 crore to the Bangladesh Telecommunication Regulatory Commission and then come on February 24 [Monday] for further orders," said Chief Justice Syed Mahmud Hossain, who led the seven-member committee of the SC's Appellate Division, while passing the order on Thursday.

The order came in response to a review petition filed by Grameenphone earlier on January 26 to allow it to pay Tk 575 crore in twelve equal instalments.

The review petition was filed after the apex court had directed Grameenphone on November 24 last year to pay Tk 2,000 crore to the Bangladesh Telecommunication Regulatory Commission (BTRC) within three months (by February 23) against the claim of Tk 12,579.96 crore determined by an audit.

The audit, which looked into Grameenphone's books from its inception in 1997 until 2014, claimed that the carrier owed the amount in revenue shares, taxes and late fees.