World Cup Diary: In search of a city centre 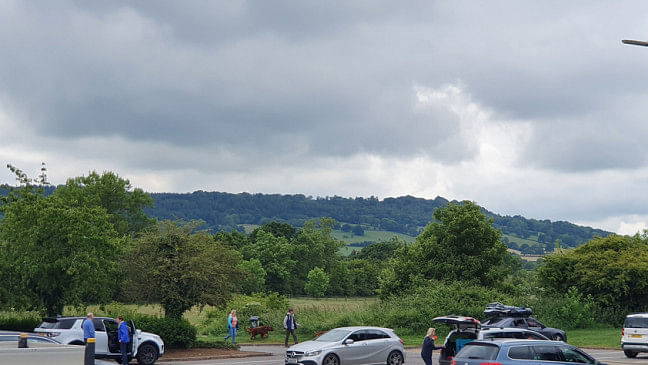 The view from the Days Inn Hotel which, although a fair distance away from the County Ground in Taunton, may as well be the city centre of the sleepy town. Photo: Sakeb Subhan
Sakeb Subhan Sakeb Subhan

The taxi rank at the Taunton rail station was an early sign, as was the view on either side of the Cross Country service that chugged into Taunton, stopped for two minutes and continued on its southward journey that we had joined from Bristol. On the Bangladesh team’s trek through the United Kingdom so far, Leicester had been the quietest stop thus far. Even in Leicester, where the team held a four-day optional training camp before the World Cup began, there were taxis lining the streets eagerly waiting for passengers getting out of the train or bus stations. In Taunton, there was just the sign that read ‘Taxi Rank’.

As the taxi we called made its way to the station, we saw the floodlights flicker to life at the nearby County Ground -- visible because of the lack of highrises -- where Aaron Finch and David Warner were taking strike against Pakistan’s pacers. The gloom that washed away Bangladesh’s match against Sri Lanka on Tuesday was also present in Taunton, minus the rain, thankfully.

When we asked the taxi driver which way the city centre was, he pointed in three different directions -- all to our rear -- as we drove through a roundabout. Our hotel, Days Inn, was quite a way away, or so we thought then, till we called a fellow travelling journalist upon reaching the Days Inn.

When he asked how far away we were, the reply was “Let’s just say if the station is Kamalapur, we are in Gazipur.”

“Well, I am in Tongi, and our friend is in Joydebpur,” came the deadpan reply.

The Days Inn itself was reached through a motorway, with green hills stretching out on both sides, much as they did on the train ride from Bristol. In fact, wherever you are in Taunton, it will always seem that you are beside the highway -- a marked departure from the city centric experiences of Bangladesh’s tour in the UK so far.

When we reached the hotel in the middle of nowhere at 10:45 am, we found the counter closed and had to wait while an elderly woman came and performed the formalities at a pace that was entirely in keeping with the location.

We then set off for the team hotel, braving the distance and the taxi fare -- Taunton is not big enough for Uber -- and kept an eye out in vain for the mythical city centre that had been our post-work refuge till now.

Come evening and finding the town pretty much devoid of life, it was back to the hotel, which was flanked by a McDonald’s and a 24-hour petrol station. We had not seen a McDonald’s anywhere else, so come to think of it, maybe the Days Inn is the Taunton city centre.