Battles within the battle 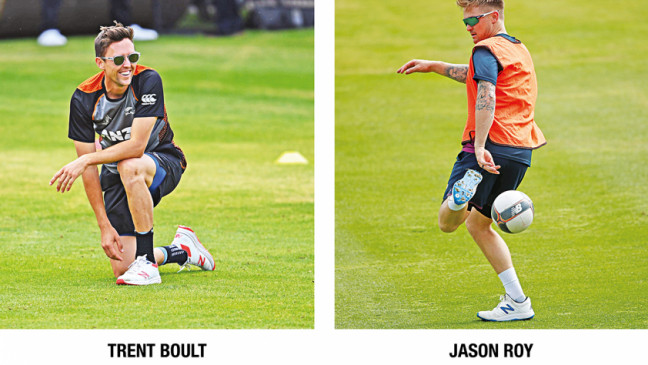 One of the two sides that qualified as the third and fourth-placed teams from the group stages will take home cricket’s most glittering trophy today at Lord’s. There will of course be talk about how India and Australia had played more consistent cricket before the semifinals, but that would be to ignore what this particular format of the World Cup demands of its contestants. While surviving the group stages was an examination of skills and all-round capability, it counted for very little when the true crunch moment came in the semifinals. In the last four, both New Zealand and England showed that they had learnt from the hard knocks sustained in the league phase and emerged better equipped than their semifinal foes.

It sets up a potentially classic finale as England boast the best batting lineup in the tournament and New Zealand the best-performing bowling attack. On paper, England would have the comparative advantage as their slightly weaker suit, bowling, have been performing better than New Zealand’s weakness -- their top order. The Kiwis are the only team along with Afghanistan not to have scored 300 so far in the World Cup. Ominously, they have conceded more than 300 just once and that was against England, when they lost their last group match by 119 runs after England scored 305 for eight in Durham. However, at a venue that is not renowned for being a batting paradise, New Zealand’s record of conceding runs at just 4.67 an over -- the lowest in the World Cup and the only one among the four semifinalists below five an over -- may well prove crucial.

All in all, it sets up a tantalising battle, and the contest could well hinge on how the finalists manage their weaknesses and neutralise the opposition’s strengths.

This is where the marketing line of immovable object meets unstoppable force seems most appropriate -- only it is hard to tell which is which. England’s top order of Jason Roy, Jonny Bairstow, Joe Root and Eoin Morgan are more a battering ram than an immovable object. Throw Ben Stokes and Jos Buttler into the mix and that is a fearsome batting lineup, as most teams that came up against them will attest to.

While bowlers have often play the role of instigators or enforcers, in this regard the consistency displayed by Trent Boult, Matt Henry, Lockie Ferguson, Colin de Grandhomme and Mitchell Santner finds New Zealand’s bowling as the immovable object that the England battering ram will have to break through.

This will be the apex battle today and the winner could well be holding the trophy aloft at the end. A few early wickets to put England under pressure will put New Zealand in good stead but if England survive the early overs and start launching an offensive as only they can, the way back for the Kiwis will be a long one, regardless of what happens at the toss.

While the likes of opener Martin Guptill have been disappointing in this World Cup, New Zealand’s batting has rested solely on skipper Kane Williamson and Ross Taylor. Williamson is the top scorer for the side with 548 runs and Tailor is second with 335 runs. The Kiwis’ dependence on the experienced duo can be gauged by the fact that the next man on the list, Neesham, has just 213 runs and fourth-placed Munro just 125.

The Kiwis have lost wickets at the top regularly, and if that happens again the hosts will want to break the Williamson-Taylor partnership before it has managed to assess conditions and build a foundation.