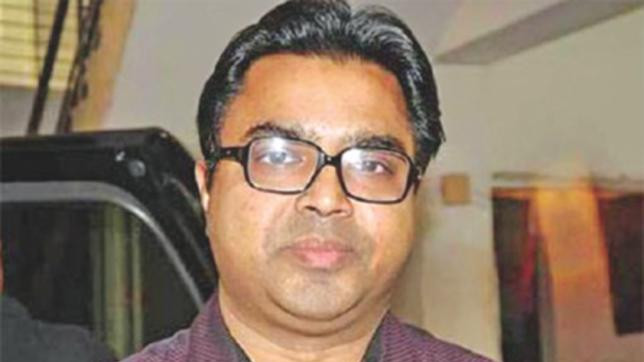 Dhaka South City Corporation (DSCC) Mayor Sayeed Khokon today asked the authorities concerned of the corporation to remove within next 48 hours all posters, banners, and other campaign materials used ahead of the 11th parliamentary election.

He gave the instruction while inaugurating a campaign to remove the election materials in front of Suritola Government Primary School in the old part of Dhaka.

The mayor also sought cooperation from all the candidates who participated in the December 30 election in this regard.

Chief Election Commissioner KM Nurul Huda today said that the commission will not take any fresh initiative to ensure participation of all political parties in the upcoming 11th parliamentary polls.

He came up with the announcement while talking to reporters at Brahmanbaria district administration office this noon.

“We hope all political parties will contest the upcoming polls and we urged the parties to do so,” he said.

“So, we wont’s take any new initiative regarding the participation of all political parties,” Huda said.

The CEC claimed that each and every election has been free, fair and acceptable since his taking to the office.

“Even you (journalists) couldn’t raise a question regarding the impartiality of the elections as there wasn’t any scope to do so,” he also said.

He assured that impending Nasirnagar by-polls will also be free and fair.

Hinting at Jatiya Party Chairman HM Ershad’s remarks that he has no confidence on the incumbent EC, the CEC said, “We have been carrying out our responsibilities impartially. Only he (Ershad) can say why he made such comment.”

The commission is working to regain the trust of the voters and political parties, he went on saying.

Voter turnout in the 11th parliamentary polls might have been 30 percent and another 50 percent was shown "farcically", noted economist and former caretaker government adviser Dr Akbar Ali Khan said today.

Voter turnout of the national polls was shown to be more than 80 percent; on the other hand, it was less than 30 percent in city corporation polls, he told the inaugural ceremony of Sushashoner Jonno Nagorik's (Shujan) 7th National Council-2020 held at the city's Institute of Diploma Engineers, Bangladesh.

Usually, voter turnout in general polls is low because political parties are not organised at grassroots level as per expectation, he said.

But when union parishad or municipality polls take place, local candidates remain proactive and they put extra effort to make their relatives, friends and well-wishers cast their votes, he said.

"So, in no way voter turnout of general election could surpass the turnout of municipality polls," he added.

Akbar Ali Khan said the Election Commission should examine turnout at each polling centre before declaring the polls result.

If it is seen that turnout is 100, 98 or 95 percent then they should immediately suspend the voting on the ground of false votes, he said.

If the EC can monitor voting result in such a way, many irregularities will be apparent, he added.

He also said no effective measure was taken to earn people's trust on electronic voting machines (EVM) and its function.

The EVMs seem effective considering the technology. However, in many countries there are controversies regarding EVMs and it is necessary to be cautious about their use in Bangladesh, he said.

Akbar Ali lauded Shujan's efforts as a platform campaigning for good governance and said it should stick to a one-point mandate during the course of its future movement, which is the demand for fair election.

After the talks, CPB President Mujahidul Islam Selim told the newsmen that they urged the chief election commissioner not to increase the security deposits for candidates in the next general election.

“We came to know that the Election Commission is planning to increase the security deposit for a candidate in the next general election. We met the chief election commissioner and urged him to stay aside from the move,” Selim who was leading the delegation said.

The left-leaning political party leaders also urged the Election Commission to decrease the security deposit of a candidate to Tk 5,000 from the existing amount Tk 20,000, Selim said.

Based on the recommendation of the filed level election officers across the country, the Election Commission is planning to increase the security deposit of a candidate to Tk 50,000 from the existing Tk 20,000, EC sources said.

The Election Commission can implement the 18-point proposal based on its own jurisdiction without bringing an amendment to the Representation of the People Order (RPO), he added.

The state of politics in the run up to the upcoming parliamentary polls looks quite different from what prevailed in 2006 and 2013.

The first week of the 90-day timeframe from October 31 for holding the polls saw some positive signs like talks between the ruling and opposition parties and deferral of the election schedule by the Election Commission.

The EC had earlier decided to announce the schedule on November 4 but on that day deferred it to November 8. The announcement could be delayed further as hinted by a senior ruling AL leader.

The most significant thing is the absence of a violent street agitation by the opposition parties for mounting pressure on the government to meet their demands ahead of the polls.

But violent agitation was common before and in the first weeks of the 90-day countdown to polls in 2006 and 2013. And both sides remained rigid on their stances, diminishing efforts to resolve the crisis.

In 2006, the AL-led alliance vehemently opposed former chief justice KM Hassan, who was supposed to become the chief adviser, and then chief election commissioner Justice Aziz, who was embroiled in controversy over a flawed voter list.

Its archrival, the then ruling BNP, stood by Justice Hassan and Justice Aziz terming the opposition demand unconstitutional.

The 2006 crisis led to the 1/11 changeover and installation of a military-backed caretaker government in 2007. The AL-led grand alliance won a landslide in the 2008 election under that caretaker rule.

Later in 2011, the government abolished the caretaker system.

The BNP-led opposition alliance took a rigid stance in 2013 on its demand for election under a neutral and non-party administration and refused to join the polls with the AL in power.

The ruling party rejected the demand and the BNP along with some other parties boycotted the national polls in 2014.

This year, both the ruling and opposition parties seem willing to reach a solution to the political crisis as talks are being held over the demands of Jatiya Oikyafront, an alliance comprised of BNP and several other parties.

The demands include dissolution of parliament before the polls, restoration of a non-partisan polls-time government and release of Khaleda Zia, who is in jail since February 8 upon being sentenced in a graft case.

The Oikyafront will sit again tomorrow with the ruling alliance led by Prime Minister Sheikh Hasina for a second round of talks to discuss some contentious issues over the national election.

After the first round of talks on November 1, which was held a day after the 90-day countdown to election began, the opposition alliance again wrote to the PM on Sunday expressing willingness to sit again.

On Sunday morning, Dr Kamal Hossain, on behalf of the Oikyafront, sent a letter to Hasina urging a second round of talks with her.

He wrote that a limited-scale discussion involving experts from both sides is necessary for analysing the constitutional and legal aspects of Oikyafront's demands.

The prime minister responded positively and agreed to sit with them tomorrow. Without delay, AL General Secretary Obaidul Quader on Sunday night disclosed the date for the second round of talks.

Now the Oikyafront leaders want to focus on its core demands like dissolution of parliament, the mode of the election-time government and release of Khaleda.

In consultation with legal experts, the alliance is preparing an outline for realising their demands without going beyond the constitution. At a meeting with the legal experts on Sunday night, they discussed the issue.

In tomorrow's discussion, the alliance may place a proposal for dissolution of parliament in line with article 123 (2) (b) of the constitution.

According to the article, if a parliament is dissolved before expiry of its tenure, the parliamentary election will be held within 90 days after such dissolution.

On the most contentious issue, the mode of election time government, the Oikyafront may make a dramatic shift from its current stance.

Instead of insisting on restoration of the non-partisan election-time government, it may offer the prime minister to downsize the current cabinet to 20 to 22 and include two leaders of the alliance in the cabinet as technocrat ministers, sources in the alliance said.

In the outline, the alliance may also propose limiting the jurisdiction of the election-time cabinet through amending the rules of business of the government.

The election-time cabinet will only carry out routine works and cannot take any policy decision, according to the draft proposal, added the sources.

Even if the government agrees with the Oikyafront's demand to recast the EC, it is possible without going beyond the constitution, said a legal expert who joined the meeting on Sunday night.

"Resignation of the chief election commissioner will pave the way for recasting the EC," he said.

Former law minister Moudud Ahmed, a member of BNP's standing committee, told The Daily Star yesterday, "We are reviewing several options to find out ways to form an election-time government within the current constitutional provision. We are preparing a draft in this regard. We will place it during our talks on Wednesday."

On Khaleda Zia's release, the Oikyafront may urge the government not to oppose her bail petition in court, allowing her to come out of the jail on bails, said sources in the Oikyafront.

AL General Secretary Obaidul Quader, also road transport and bridges minister, said that if Oikyafront's issues are logical and relevant, they will be resolved in constitutional way.

"There is no scope for solving anything going beyond the constitution,” he said in a press briefing at his secretariat office.

About the progress of the dialogue, Quader said, “Absolutely, there's huge progress. The positive thing is that the prime minister is holding talks.

Hasina will brief the media about the outcomes of the ongoing dialogue with political parties either on November 8 or 9, said Quader.

Talking to this newspaper yesterday, former bureaucrat Akbar Ali Khan said: “Yes, the situation is different this time. But I think the success of the dialogue will depend on the behind-the-scene discussions.”

Prof Al Masud Hasanuzzaman, a teacher of government and politics department at Jahangirnagar University, said, “There is a wind of change is blowing in the country's politics. It seems that some positive outcomes will come out through further talks.”

The election commissioners will hold a meeting tomorrow to fix the date, the EC official told reporters at the commission’s office in Agargaon area of Dhaka this evening.

“We hope the schedule for the next general election will be announced by this week and the commission wants to hold the election by December,” Helal Uddin said.

Meanwhile, Jatiya Oikyafront leader Dr Kamal Hossain today submitted a letter to the EC urging it not to announce the schedule until end of the ongoing dialogue of different political alliances with the ruling quarter.

Earlier in the day, a meeting, with Chief Election Commissioner KM Nurul Huda in the chair, was held at the EC secretariat to discuss the security aspects ahead of announcing the election schedule.

Discussion on overall situation and securities of the EC office, its commissioners and law and order situation after the announcement of the schedule in the metropolitan areas discussed in the meeting, Helal Uddin said.