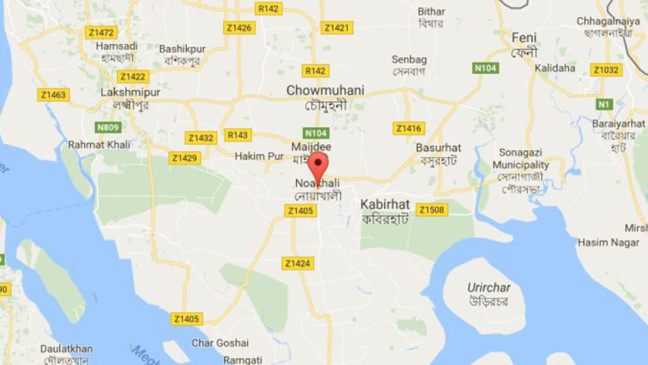 A local Jubo League leader was killed in a clash between the “activists of Awami League and BNP” in Noakhali Sadar upazila this evening.

The clash ensued when the “BNP men” attacked at a procession of AL activists in Nurupaturiahat area around 6:00pm, said Anwar Hossain, officer-in-charge of Sudharam Police Station.

The OC said the BNP men also “hurled pepper powder at the procession and fired bullets”, triggering a clash with the AL men.

Hanif sustained bullet wound in one of his legs during the clash, the police official said adding that then the “BNP men thrashed” his head as he fell down on the ground.

Critically injured, Hanif was taken to Noakhali General Hospital where the doctors declared him dead, the OC said.

Noakhali Sadar upazila unit AL President Shihab Uddin Shahin claimed that the BNP men were holding a meeting at a house in the area.

They (BNP) attacked the AL activists when the latter were holding a procession there that triggered a chase and counter-chase, leaving Hanif dead, Shahin claimed.

Meanwhile, the district unit BNP General Secretary Advocate Abdur Rahman denied the allegation of the attack saying that they had no programme there today.

The AL man was killed during a factional clash of the ruling party men, he claimed adding, now the Awami League men trying to blame the BNP men for the murder.