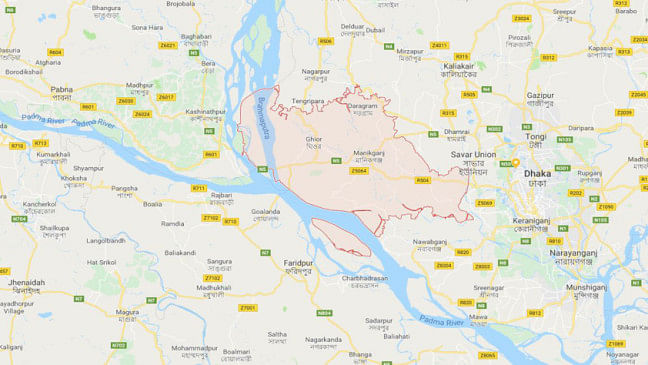 The ruling Awami League will hold a grand rally in the capital's Suhrawardy Udyan on January 19 to celebrate the party's landslide victory in the December 30 polls.

The programme will start at 2:30pm and AL President Sheikh Hasina will be the chief guest, said a press release.

AL General Secretary Obaidul Quader called upon all leaders and activists of the party to attend the rally to make it a success.

Besides, Quader will hold a joint meeting with the general secretaries of the AL's different fronts and associate bodies at the party's central office on the Bangabandhu Avenue this morning.

Hasina is going to form the government for the third consecutive term as the AL-led grand alliance secured 288 out of the 298 seats in the national election. The AL itself bagged 257 seats.

On Tuesday, the Election Commission published the election results and issued a gazette notification in this regard.

The BNP got just five seats and the Gonoforum two. Manju-led Jatiya Party (JP) bagged one seat and independent candidates got three.

“The revolution of vote will be against the communal and evil forces,” Quader, also the minister for Road Transport and Bridges, said while inspecting repair works on the Feni-Noakhali-Laxmipur road in Jaylaskaer area of Daganbhuiyan upazila in Feni.

Expressing optimism that the election will be held in a free, fair and festive manner, he said the countrymen have been united in favour of “boat” and will engage in a vote revolution against the communal, evil forces that resort to terrorism and corruption.

“Those who are involved in politics with a Pakistan-inspired spirit have been hatching plots to create anarchy on the election day,” the AL general secretary said.

“Some of them may try to incite violence in the name of guarding polling centres. They will be resisted with iron hands and everyone must remain alert against them,” he also said.

Quader also pledged the Feni-Noakhali-Laxmipur road will be developed to four lanes if AL comes to power again.

Replying to a query, the AL leader said in order to continue the trend of development, AL will come to power again through the citizen’s “vote revolution”.

BNP today alleged that the Election Commission (EC) is not allowing army personnel in discharging their duties to improve the law and order situation.

“The Election Commission is not allowing the army personnel to work independently,” BNP Senior Joint Secretary General Rizvi Ahmed said while addressing a press conference at the party’s Nayapaltan central office in Dhaka.

Citing several instances of attack on BNP candidates, Rizvi alleged, “All the incidents are taking place under the supervision of the prime minister and the chief election commissioner.”

Rizvi also blasted Awami League President Sheikh Hasina for her comment that the opposition quarter may unleash subversive activities ahead of the election.

“It is well-known to all that AL is a production house of elevated lies,” the BNP leader said.

Rivzi said members of different law enforcement agencies along with the ruling party men have created a terrifying situation by carrying out attacks on the BNP leaders and activists across the country.

The ruling party cadres with the help of police yesterday carried out attacks on BNP candidates and their activists and drove their poling agents, workers and supporters out of their own areas, he said.

Rizvi, also spokesperson of BNP, claimed that around 10,833 leaders and activists of the party were detained since the announcement of the polls schedule on November 8.

Alongside, the ruling party activists carried out around 2,896 attacks on BNP men that left nine people dead, the BNP leader claimed.

Despite this, the countrymen have united in favour of the “Sheaf of Paddy” symbol by forming resistances at different places ahead of the election, he added.

Sheikh Hasina yesterday said that the opposition BNP appeared to have sensed their defeat in the December 30 elections which could lead them to sabotage the polls.

“Remain careful about any subversive activity of BNP and their cohorts,” Sheikh Hasina said, wrapping up the election campaign for her Awami League and the ruling party-led Grand Alliance as she addressed four election rallies outside through video conferencing.

Apart from this, an Awami League delegation on the same day handed over a written complaint to the Election Commission (EC) alleging that the BNP-Jamaat alliance was engaged in conspiracies over the Sunday's election to unleash anarchy and violence across the country today.

The 22-year-old was raped in Khadun area of the upazila while returning home from work, said Muhammad Abdul Huq, officer-in-charge of Rupganj Police Station.

Quoting the case statement, the OC also said one of the three accused raped the victim. Two others assisted.

Hearing her scream, locals rescued the victim and sent her to home.

Police sent the woman to Narayanganj General Hospital for tests and were trying to arrest the accused.

Earlier on Wednesday evening, police arrested a man for allegedly raping a six-year-old indigenous girl at Mithapukur upazila in Rangpur.

The arrestee is Rubel Tirki, 30, of Parbati-Krishnapur village in the upazila.

Rubel allegedly took the girl, a grade one student, to a sugarcane field offering her sugarcane and raped her, said police.

Later in the day, locals held the accused and handed him over to the police.

A case was filed in this connection with Mithapukur Police Station on Thursday afternoon. Police sent him to jail on the same day after placing him before court, said Zafar Ullah, officer-in-charge of the police station.

Meanwhile, detectives in Noakhali yesterday arrested a man in connection with a case filed over the gang-rape of a woman in Subarnachar upazila on December 31.

The arrestee is Henju Majhi, 29, said Zakir Hossain, inspector of Detective Branch in the district.

On information, a team of DB police conducted a drive in Cumilla's Daudkandi upazila and arrested Henju in the morning, said Zakir, also the investigation officer of the case.

He had been hiding since the incident, he said.

With Henju, 11 people have been arrested over the gang-rape.

Outgoing ministers yesterday expressed hopes that the new cabinet members would play a key role in accelerating the pace of development.

After holding the office for 10 years, outgoing finance minister AMA Muhith said, “I think the change that has been brought is good….It is fine.”

Muhith, who turns 85 this month, smiled as he told reporters that he was glad that he didn't have to leave the post “in disgrace”.

“It is a matter of happiness that no one had to show me the door, I myself took farewell.”

At the commerce ministry, outgoing minister Tofail Ahmed told a farewell ceremony that the new faces in the cabinet were qualified and tested leaders of the Awami League, reports BSS.

“I hope the newly formed cabinet will play a vibrant role in accelerating the ongoing development. Bangladesh will witness new feats of development….” he said.

He urged officials of the commerce ministry to discharge their duties with sincerity and honesty to implement the ongoing development programmes within the next five years.

Addressing a farewell ceremony at the shipping ministry, Shahjahan Khan said, “I will not retire from politics till my last breath. I'll cordially accept any responsibility that Prime Minister Sheikh Hasina bestows on me.”

Former social welfare minister Rashed Khan Menon urged officials of the ministry not to neglect the plight of people with disabilities.