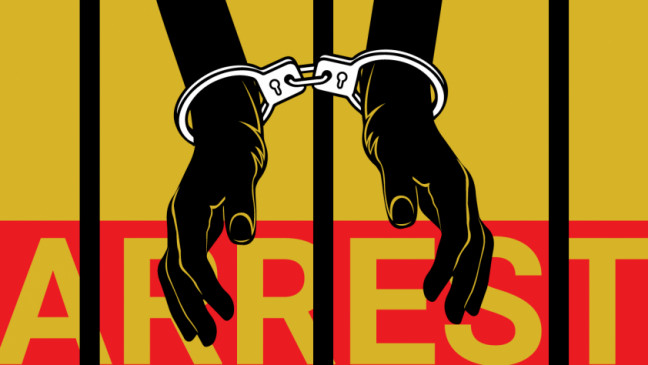 Mohammad Jasim Uddin, officer-in-charge of Barlekha Police Station, said the BNP men were arrested in a case filed with the police station over yesterday’s attack on the motorcade of Shahab Uddin.

The motorcade of AL candidate Md Shahab Uddin came under attack while they were campaigning in Juri Bazar area of Juri upazila last night, the OC told our Moulvibazar correspondent.

State Minister for Power, Energy and Mineral Resources Nasrul Hamid today (June 14, 2022) in parliament blamed the excessive anount of trees in rural areas and said that this is a hindrance to uninterrupted power supply even though, according to the junior minister, there is no deficit of electricity production as per the country's demand.

In response to a query from ruling Awami League MP Mahfuzur Rahman, Nasrul Hamid said that before 2009 the number of people in the country with electricity facilities was only 47 percent.

In the last 13 years, he said, it has been possible to provide electricity facility to 100 percent of the people by bringing the remaining 53 percent under the coverage of electricity.

He further said that work is underway to bring 100 percent people under the coverage of electricity in areas under the Bangladesh Power Development Board. "It is expected to be completed by June 2023."

He also said that it was possible to extend 100 percent electrification to all upazilas of the country except some remote areas of Chittagong Hill Tracts.

Responding to a question from Ganoforum MP Mokabbir Khan, the state minister said that the government subsidises captive rental or rented power plants every year to provide electricity to the people at affordable prices.

Replying to a question from AL MP Shafiqul Islam Shimul, the state minister said that according to the latest estimates, the total primary gas reserves is 39.9 trillion cubic feet in the country.

In response to another question from AL MP Mohammad Ebadul Karim, Nasrul Hamid said that at present an average of 2,303 million cubic feet of gas is being produced daily from domestic gas fields.

"According to the approved gas load of eight consumer classes, the daily demand is 3,600 million cubic feet. Efforts are being made to fill the deficit by importing about 650 million cubic feet of LNG gas daily due to low production from domestic gas fields," he said.

Voting in Cumilla City Corporation election is underway, marked by a lack of enthusiasm and excitement among voters.

While visiting at least 10 voting centres till 11am, our reporter Mohammad Al-Masum Molla saw gatherings of ruling party leaders and activists and supporters of Awami League mayoral candidate Arfanul Haque Rifat in front of almost all the centres.

And inside the centres, there was no rush -- only a few voters were seen casting their votes.

Modern School centre was the exception where hundreds of women were seen standing in long line to cast their votes. But the line was moving very slowly due to "mismanagement", the voters claimed.

Many of the women voters were leaving the centre after waiting in the long queue.

Habiba Sulhana, a resident of Thakurpara, said around 10:45am, "l have been standing in this line for the last one hour. And now, I am returning home."

"What kind of preparation and disciplinary measures have the government taken that I couldn't cast my vote?" -- she asked.

Many elderly women fell ill standing in the long queue in the unbearable heat. Many were seen splashing water on their head.

Asked,  Presiding Officer Mofizul Haque said there are two polling centres at Modern School where the number of voters is 5,000.

It was raining  since morning, so there was no rush at that time, he said.

But after the rain stopped, a huge number of people were rushing to the centre at a time, which made the line longer. But it will be resolved soon, he added.

EVM not working at many places: Sakku

Voting in Cumilla City Corporation elections began at 8:00am and will continue until 4:00pm without any break.

Awami League mayoral candidate Arfanul Haque Rifat is contesting the polls against his main rival Monirul Haque Sakku, who is running in the election without party backing.

Former BNP leader Sakku, also the immediate past mayor of the Cumilla City Corporation (CCC), was expelled by his party for taking part in the polls going against the party's decision.

Rab yesterday confirmed that it arrested BNP leader Anisur Rahman Talukder Khokon over allegations of plotting subversive activities around 20 hours after he went missing in the capital's Gulistan area.

“We have arrested him [Khokon] on information that he was involved in plotting subversive activities,” Lt Col Emranul Hasan, commanding officer (CO) of Rab-3, told this newspaper yesterday evening.

He, however, didn't say what type of subversive activities Khokon, mass education affairs assistant secretary of the BNP, was allegedly plotting.

Rab later handed him over to Ramna Police Station. He was shown arrested in a case filed last year over plotting subversive activities, said Sub-inspector Mizanur Rahman of the police station, also investigation officer of the case.

Talking to this correspondent, Khokon's wife Shah Israt Azmery said members of the elite force picked up her husband on a vehicle with a Rab-3 sticker from in front of Ramna Hotel around 10:45pm. He went there to meet some local BNP leaders from Madaripur.

She also said a team of Rab-2 came to their Lalmatia house around 12:45pm yesterday and took away her husband's passport.

However, Lt Col Anwaruzzaman, commanding officer of Rab-2, said he was not aware of it.

When this correspondent visited Khokon's house in the afternoon, the security guard at the building, Ayub Ali, said around eight to 10 people, including three to four in Rab uniform, came to the house around 12:45pm.

“They were looking for his [Khokon's] wife,” he added.

As Khokon's wife Azmery was not home at that time, they waited for her.

Azmery said when she returned home around 1:00pm, she saw a vehicle with Rab-2 sticker parked on the road near their apartment building.

“They wanted my husband's passport. When we asked the reason, they said they need to collect information.”

She further said they told her that Khokon was in their custody but didn't give any details.

“It's a big relief for us that we now know his whereabouts,” she added.

Seeking anonymity, one of Khokon's relatives alleged that the Rab men, who went to his house, asked the family members not to tell the media that they took away his passport.

“They wanted us to give a written undertaking that the family members themselves handed over the passport to the Rab.”

When the family members wanted the same from the Rab men, one of them talked to someone over the phone. The Rab men then said they didn't need any undertaking and took away Khokon's passport, said the relative of the BNP leader.

Around three months later, he was found in Faridpur.

At that time, the Rab claimed that it had arrested Khokon along with two others in front of a restaurant on the Dhaka-Khulna highway in Faridpur Sadar upazila.

Khokon's family, however, alleged that Rab members had picked him up from his house in the capital on March 5 that year -- an allegation refuted by the elite force.

BNP Vice-chairman Maj (retd) Hafizuddin Ahmed was granted bail yesterday, a day after his arrest under the Digital Security Act.

Rab arrested Hafiz at Hazrat Shahjalal International Airport when he arrived from Singapore on Saturday.

He was accused of being involved in the “sending of false, misleading, fabricated, and ill-motivated information about intelligence and law enforcement agencies via email”.

Col Ishaq was arrested the same day and placed on a seven-day remand.

In the case statement filed with Pallabi police, SI Abu Saied said Col Ishaq sent an email to one Hiren Mukharjee on May 2, in which he gave “false, misleading, fabricated, and ill-motivated information” on the role of law enforcers, administration, and intelligence agencies in the December 30 national election. It said the image of the country was tarnished.

It was also stated that his activities were part of an ill-attempt to destablise the country by creating chaos in the armed forces.

During interrogation, Col Ishaq told Rab that Maj Hafiz, one barrister M Sarwar Hossain and some unnamed people were involved, according to the case statement.

In the remand prayer, the officer said Maj Hafiz should be interrogated to know the whereabouts of accused on the run.

The court rejected the prayer after defence lawyers argued for bail and said their client was not involved in the incident.

At least four people were killed and 15 others injured this evening (May 2, 2022) in a clash between two Awami League factions in the Jhaudia union of Kushtia's Sadar upazila, over establishing dominance.

"For a long time, a local Awami League leader Fazlu Mondal was at odds with Keramat Ali Biswas -- Jhaudia Union Awami League's president and former chairman. Supporters of Keramat got into an argument with Fazlu's supporters in a local market today, ahead of iftar," the OC said.

"At one point, Keramat's supporters attacked Fazlu's supporters and both parties engaged in a fight armed with local weapons. Four people were killed on the spot during the half-hour-long brawl," added the OC said.

At least 15 people were injured and are admitted at Kushtia Sadar Hospital. According to hospital sources, eight of them are in critical condition.

Additional police have now been deployed in the area, the OC also said.