Election will be unfair: BNF 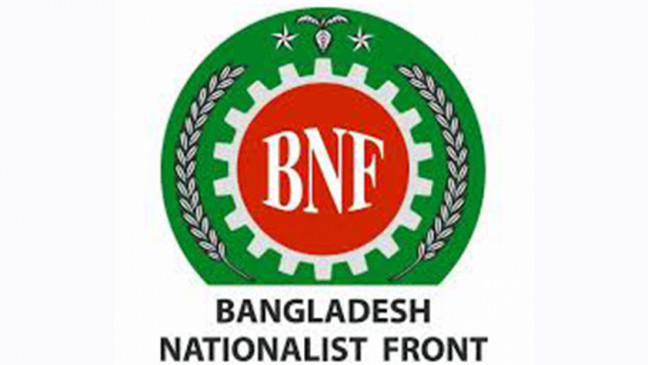 Bangladesh Nationalist Front President SM Abul Kalam Azad today said that the national election will not be free and fair under this Election Commission.

"Our supporters, voters, activists are feeling insecure," Azad, who is contesting from Dhaka-17, was speaking to reporters after a meeting at the commission.

Azad is currently a lawmaker of the current parliament and his party BNF is also a component of the Awami League-led ruling 14-party alliance.

"Our constitution says an election will be held under the Election Commission. But, we don't see it. It is heavily influenced by the ruling party," he said.

"We want to stay in the election till the last day, but it should be held under a neutral Election Commission," he said.

At least 20 BNP leaders and activists including its Khagrachhari district unit President Wadud Bhuiyan were injured in an attack allegedly by Awami League men while campaigning in Ramgarh upazila today.

Wadud, also a former MP and chairman of Chattogram Hill Tracts Development Board, came under attack around 11:30am when he along with his party men was electioneering for Jatiya Oikyafront candidate Shahidul Islam Bhuiyan Farhad, BNP sources said.

At least 20 BNP men including senior leaders of district unit Jobo Dal, Chhatra Dal and other front organisations were injured in the attack by the “ruling party men”, they claimed.

The injured were given treatment at Khagrachhari District Sadar Hospital.

Confirming the news of the clash between AL and BNP men, Ahmar Uzzaman, superintendent of police in Khagrachhari told The Daily Star that police later rushed to the spot and contained the situation.

The United States is concerned on the high-level of pre-election violence over the last two weeks, which the oppositions have borne the brunt.

"All parties have been victims of violence including minorities and female candidates. However, it appears that the opposition candidates had borne the brunt of most violence,” US Ambassador Earl Robert Miller said.

He came up with the comments while briefing journalists after a meeting with Chief Election Commissioner KM Nurul Huda at the Nirbachon Bhaban in Dhaka today.

He appreciated the opportunity to consult with the commission to see what plans it has made for a conducive atmosphere which would allow all people of every political affiliation to feel safe to go to the polling stations on the election day and cast their votes for their candidates of choice.

US wishes a free, fair and peaceful election will be held in Bangladesh on December 30, the statement said.

He came up with the remark in response to a query by reporters at the Election Commission in Dhaka’s Agargaon this afternoon.

Shahadat’s comment comes a day after Election Commissioner Mahbub Talukdar expressed grave concern over the ongoing spate of violence ahead of the polls scheduled to be held on December 30.

Hoping for a free, fair and peaceful election, Shahadat said, “I admit that anxiety grew among people centering the election. I want to term it political heat”.

He said he did not think that the situation was deteriorating ahead of the polls.

Saying that violence and election cannot go hand in hand, he added,“If we cannot hold a peaceful election in a violence-free environment after 47 years of independence, the sacrifice of 30 lakh martyrs for independence and democracy will go in vain. We cannot allow this to happen.”