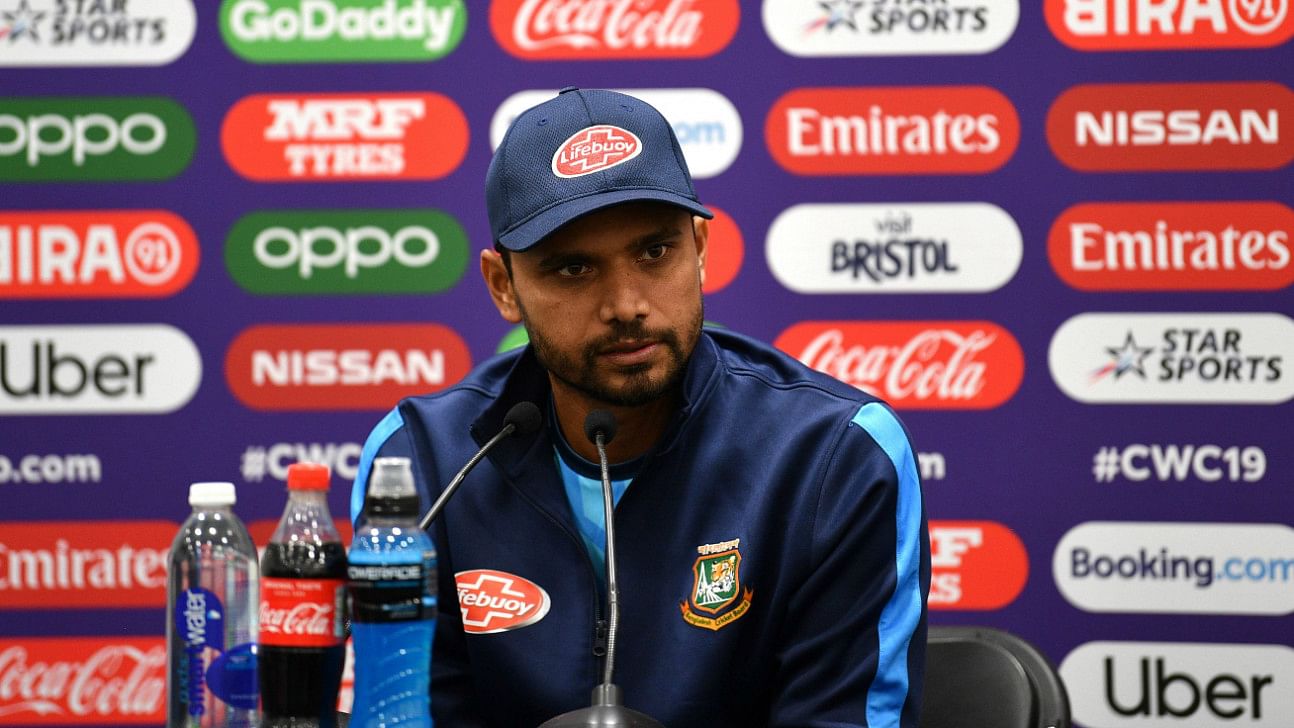 Bangladesh captain Mashrafe Mortaza can live without the respect of his opponents so long as his side are winning matches at the World Cup.

The Tigers launched their campaign with an impressive win over South Africa but afterwards Mashrafe was annoyed by suggestions the result constituted an upset.

"Do you think this was a surprise?," he asked pointedly. "If we can deliver our best we knew what we could do. I'm sure some people don't think well of our cricket. We are concentrating on our game and letting other people talk."

Since then Bangladesh have suffered an agonising two-wicket loss to New Zealand before being on the wrong end of a 106-run thrashing by tournament hosts and favourites England in Cardiff last weekend.

Those defeats make Bangladesh's match against a struggling Sri Lanka in Bristol on Tuesday all the more important.

"I'm not worried about who is respecting us, I'm more worried about our performance," Mashrafe told reporters in Bristol on Monday.

"Winning matches is more important for us. I don't think respect is going to work in the 22 yards (of a pitch). It all depends on how we react on the ground.

"If we can win two points, this is more important than respect at the moment," added the 35-year-old veteran paceman.

Bangladesh knocked England out of the group stage on the way to reaching the quarter-finals of the 2015 World Cup.

But this year's format is different, with 10 teams taking part in a round-robin group stage that will see the top four qualify for the semi-finals.

"If you are asking all 10 captains this question, they will look to the semis, which is an honest call," said Mashrafe as he answered a query about Bangladesh's ambitions for this World Cup.

"Obviously we would like to be in the semis but right now, the calculation is difficult.

"But again I'd say it's very much possible. We have to make sure we come back onto the winning track."

Sri Lanka were overwhelmed by champions Australia and then suffered a batting collapse before just doing enough to beat outsiders Afghanistan.

But Mashrafe insisted he felt no extra pressure with Bangladesh being regarded as favourites to beat Sri Lanka.

"Even the New Zealand match, even the England match, I'm not sure what other people were thinking, but we were expecting to win," he said.

"But at the same time we have to cope with that pressure and make sure we deliver."

Forecast rain in Bristol, however, could scupper the hopes of both sides for a morale-boosting win.

"I hope that we'll play a full match tomorrow," said Mashrafe. "The boys are really hungry to win matches."