Why this final is different 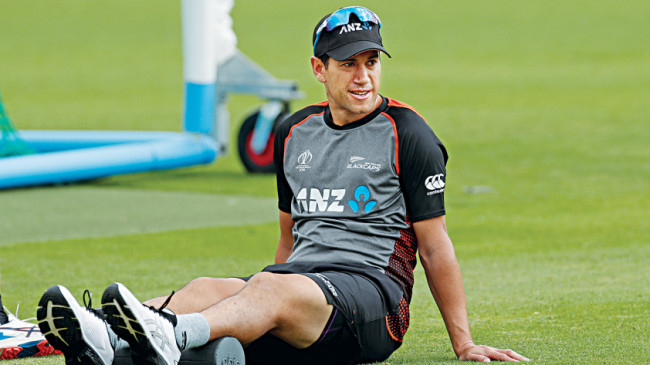 They admit to being overawed in the 2015 Cricket World Cup final, but the Black Caps believe that those experiences can lead them to lifting the trophy in 2019.

After taking the tournament by storm in 2015, the Black Caps fell at the final hurdle, with a journey across the ditch to play Australia at the Melbourne Cricket Ground proving to be a trip too far for their aspirations of World Cup glory.

There’s no need for them to take flight this time around, with a bus trip to Lord’s all that was required as preparation began to take on England.

Black Caps batsman Ross Taylor believes it will be much more familiar experience, four years on.

“It was strange last time. We played so well throughout the tournament but then jumped on a plane and played in a country we hadn’t played in for the whole tournament.

“I’d be lying if I said we weren’t a bit overawed by the change of scenery. I think we know what to expect, the pressures that come with it, we’ve been there before.

“You just have to enjoy it, it’s the Home of Cricket, I can’t think of a better place to play a final.”

Trent Boult still hasn’t quite got over the 2015 defeat, but believes the loss will now at least ultimately have some belated benefits.

“To fall short in 2015 against Australia, it still hurts to talk about it,” Boult said. “The World Cup final is a unique experience, obviously having a taste of it in 2015, 97,000 people at the MCG was pretty crazy. I’m sure that will put us in good stead.

“Here, playing on grounds we’re not really used to, wickets are responding differently, that’s been a challenge - but the side’s been together a long time, we’ve played enough to know what works well.

“Don’t get carried away – keep it simple to what we know works well, and I think we’re good enough to beat anyone on the day. We can’t wait to have another crack at it. It would mean everything for us.”

The Black Caps aren’t planning on reinventing the wheel going into the final, with batting coach Craig McMillan – preparing for his final game with the team – stressing the need to keep things simple and stick with what got them to this point.

“You don’t change too much – why do you want to change things that have been successful up to a point – just because there’s one more game to go?

“We’ll continue doing things we’ve done well, we won’t change too much. Yeah, there’s some big stakes at the end of this match, but at the end of the day it’s another cricket match and you break it down as simply as that.”

As for comparisons to 2015, McMillan believes that flying further under the radar than four years ago could prove profitable.

“It’s a very different team in terms of members, in terms of experience. But one thing about this side is it’s got a lot of character, they keep fighting, we find ways to win when people write us off.

“I hope people keep writing us off, it seems to be [what] people have done throughout the tournament – we’ll keep doing our thing, fly under the radar and hopefully at the end of it we’ve got something special to celebrate.”