We’re being compromised to the point of censorship: Holding 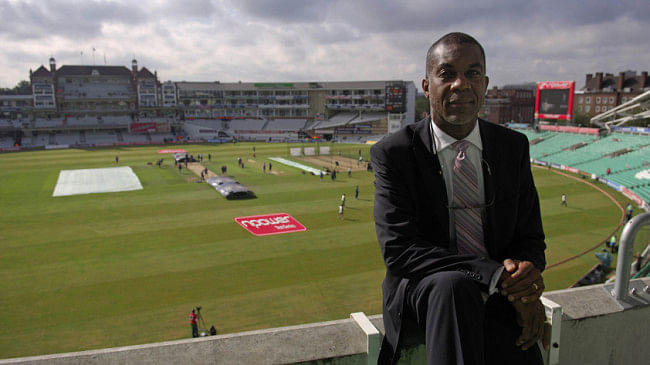 Legendary West Indies pacer and one of the most famous voices in the commentator’s box, Michael Holding, hit back at the ICC in reply to a letter that had asked him to refrain from pointing out umpiring errors on air during the World Cup, the Times of India reported yesterday.

Holding told the ICC that asking commentators to refrain from speaking about umpires is why “commentators are being more and more compromised by controlling organisations to the point of censorship”.

“I do not intend to go down that road,” Holding wrote to the ICC in reply to a letter that he received soon after the match between West Indies and Australia on June 6.

Huw Bevan, the production head for ICC’s rights partner Sunset & Vine Asia, wrote an email to Holding on June 7, with CCs marked to his company colleagues, reminding them all “the importance of maintaining the highest standards and uphold the game’s best values and spirit while covering the tournament”.

Bevan’s email adds that ICC TV’s duty is to reflect the values and “not to cast doubt or negative judgement on anything associated with the tournament in our coverage”.

This came after Holding called the umpiring in the match between West Indies and Australia “atrocious”. The email says: “Inherently in live television, there are occasions when on field decisions cause reason for discussion or debate, but as ICC TV host broadcasters, our (Sunset & Vine) duty is not to judge or highlight mistakes”.

Holding did not take the directions lightly. “If those umpires yesterday were FIFA officials, they would have been told to pack their bags and head home. They would not have been given another World Cup game to officiate. As a former cricketer, I think cricket should be held to a higher standard. Is the objective to protect the umpires even when they do a bad job?” Holding wrote back.

He added: “I am sorry, but I am not going to be part of that. Please let me know if I should be heading back to my home in Newmarket instead of heading to Cardiff because I don’t agree with what is being suggested here and happy not being part of it.”

“As I look through the list of recipients of this email, it would seem that I am the only commentator that has received the same,” begins Holding’s reply to Bevan. “I was certainly very critical of umpiring which was pathetic to say the least,” Holding adds.

After being contacted, Holding and ICC sources both told the Times of India that they consider “the matter closed”.