They are India and we are Bangladesh, says Soumya 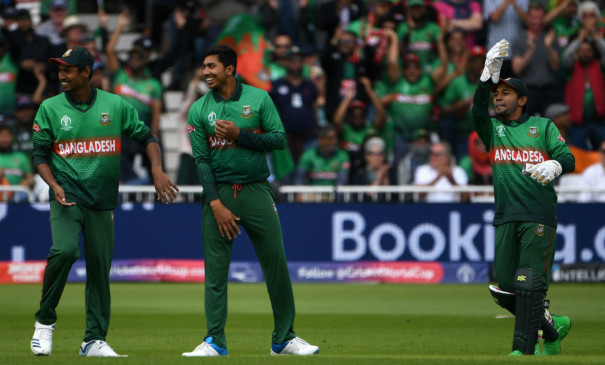 Bangladesh's Soumya Sarkar was in an upbeat mood when talking to reporters today regarding the India match. Bangladesh will play India on July 2 and Soumya said that the Tigers cannot think they lag behind in any departments to India when they play the Asian giants.

"If we think that India are ahead of us [in some areas] then we will lag behind them even before the match begins. We have to play to win and with the fact in mind that we are in the race. We have come here to play in a big tournament so we can't think they edge us in any areas," Soumya said positively.

Bangladesh have played some fantastic cricket at this World Cup. They beat Afghanistan to pick up their third win in the tournament and hope to overcome both India and Pakistan in their two remaining matches in order to have a chance of making the top four. Even against strong opponents like Australia, they put a good account of themselves, reaching 333 runs in chase of 382. While the bowling has not always been promising, Soumya sees hope.

"I think if we think of our abilities and the way we are playing in three departments then I think it's possible to win and we will win," he said.

Asked about the difference between the two sides, Soumya did not want to look down upon Bangladesh's strengths.

"They are India and we are Bangladesh and that is the difference between the two sides. In the field, who will play well [will win]. Since it is a big tournament, if you go by the names then you will be going on the backfoot. So without thinking in those terms, the thing is to play the match with a plan and find out where they are lacking and properly execute our plan in all three departments, then we will win."