Stokes was only thinking of Bangladesh before final delivery 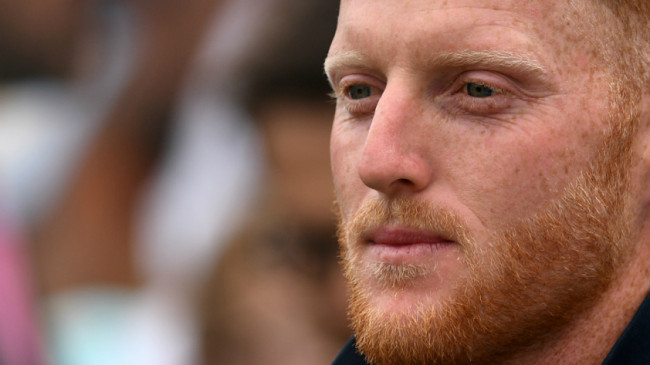 England batsman Ben Stokes gave a riveting account of his innings against New Zealand, especially the final delivery of the match and what was going through his mind before it was delivered. Incredibly, the Chirstchurch-born English all-rounder was thinking only about Bangladesh.

He was in the midst of the most unbelievable game of cricket and when England needed two from the last delivery, Stokes remembered to keep his cool. He learnt from the experience that Bangladesh had suffered in the T20 World Cup back in 2016.

"I think the only time I really thought about it was the second to last ball. All I could think about was Bangladesh in the World T20 when they needed the same and they just hit it in the air. All I was thinking was: "Don't get caught. Try and get one and get it to a Super Over at least." Then if I hit it into a gap, maybe we could get two. That was my process: just don't hit it in the air and get caught," Stokes was quoted as saying by ESPNCricinfo.

Bangladesh had suffered a tremendous heartbreak during the T20 World Cup match against India after fighting tooth and nails before losing their cool in the final over with Mushfiqur Rahim and Mahmudullah Riyad falling to unfortunate wild slogs when the Tigers needed just 2 runs from 3 deliveries.

Stokes did not try to become the hero with a big hit in the last ball but when the 50-over match ended in a tie, he was nonetheless a little disturbed that the match had gone to Super Over. Stokes then shone again in the Super Over which ended in a tie, but England won the match due to hitting more boundaries.

"I was thinking, "Don't try and be a hero and do it with a six." I wish it had gone for two and hadn't come to that because my emotions were high. I wasn't best pleased with myself walking back to the changing rooms for that ten-minute turnaround.," Stokes said.

England chief Andrew Strauss has admitted the ongoing absence of Ben Stokes from the tour of Australia is a "blow" to the team but said the all-rounder's future involvement in the Ashes was largely out of his hands.

Joe Root's squad left England without vice-captain Stokes who remains at home awaiting the outcome of a police probe into his involvement in a brawl outside a Bristol nightclub on September 25.

The England and Wales Cricket Board have not yet ruled key man Stokes out of the Ashes series, which starts with the first Test in Brisbane on November 23.

"The situation in a word is complicated," Strauss, the ECB's director of England cricket, told BBC Radio on Sunday.

"There's two different potential disciplinary procedures he has to go through, one is the ECB's own internal one and the other is any potential police action," the former England captain added.

"Until we know more from the police it's very hard for us to put a timeline on anything.

"What we all want is clarity on what that situation is and how much cricket he will be missing for England. We're keen to get into that and move this forward but we're in the hands of the police.

"Ben has been and is developing into a world-class cricketer. The fact he's not out there at the moment is a blow to the England team."

Strauss was the last England captain to lead the side to a Test series win in Australia, overseeing a 3-1 victory in 2010/11.

England hold the Ashes following their 3-2 home success in 2015 but their most recent tour of Australia ended in a humiliating 5-0 defeat in 2013/14.

Strauss said the memory of that whitewash would spur those on the receiving end, such as current captain Root, to greater heights now.

"I was involved in a 5-0 drubbing in 2006 and I used that as a very strong base for retribution," said Strauss. "I'm sure the guys who were there last time and suffered the chastening defeat at the hands of Mitchell Johnson will want to put that right."

Ben Stokes has no qualms about having to miss the IPL final with Rising Pune Supergiant, saying England duties will always take precedence over domestic competitions.

He was absent in the play-offs, where Pune reached the final before losing by one run to Mumbai Indians in a thrilling contest on Sunday.

Kevin Pietersen, former T20 star turned commentator for this year's IPL, blasted the decision for Stokes to join up with an England training squad in Spain, rather than compete for Pune, but the 25-year-old is happy with his lot.

"Playing for England is always the main priority in decisions like that. It was made very clear at the start of the tournament."

Fresh from his impressive maiden Indian Premier League (IPL) stint, Stokes made 25 with the bat in the first of the three one-dayers against South Africa but bowled just two overs before leaving the field.

Stokes, who turns 26 next month, returned to the field but did not bowl again.

"When he came back onto the field he was fit to bowl," Morgan said after his century helped secure England's 72-run victory at Headingley.

"I felt bowling him again even though he was fit wasn't worth the risk. He doesn't even have swelling -- there are no significant signs of an injury -- but we can assess that over the next couple of days.

"He did the right thing to go out and get it checked. A knee can be quite a significant injury if it does happen."

Morgan's 107 off 93 balls was his third century in eight ODI innings and the left-hander wished he could continue the form going into the Champions Trophy beginning next week.

"I have never gone through a stage this long where I have been able to keep it up. I'm not sure what it is down to. Maybe a bit of experience," added Morgan, who has helped galvanise the side since their group stage exit from the 2015 World Cup.

The three-match series against South Africa continues at the Ageas Bowl in Southampton on Saturday and concludes at Lord's on Monday.

Test great Steve Waugh says England can't win the Ashes without Ben Stokes and the bad boy allrounder would have been dumped immediately if he was Australian.

England vice-captain Stokes was arrested last month in Britain on suspicion of causing actual bodily harm and suspended from internationals until further notice following an apparent fight outside a nightclub.

He was included in their Ashes squad but the England and Wales Cricket Board last week said he would not travel with the rest of the players when they leave on October 28.

No final decision on his involvement has been made.

Former Australian captain Waugh, at the helm in 57 Tests for 41 victories, said England will not be the same threat without Stokes.

"If he doesn't come, I don't think they can win the Ashes," Waugh told Sky Sports Radio late Tuesday.

While Stokes is yet to be charged, he remains under investigation, and Waugh hit out at England's failure to immediately drop him from the Ashes squad.

"I think if it was anyone in the Australian side, they wouldn't be picked. You can't do that these days in public. It just didn't look good and it's a bad image for the game," he said.

"I think they (England selectors) are pretty keen for him to play in Australia... he's probably their best player, so it would be a real shame if he's not out here."

Stokes' absence from the five-Test tour, starting in Brisbane on November 23, would be a huge blow for Ashes holders England, who have lost two out of their past three tours Down Under 5-0.

He is an explosive middle-order batsman and a dangerous right-arm fast medium bowler, and not being in Australia will pile more pressure on the likes of the experienced Stuart Broad and Jimmy Anderson.

"It's too much pressure on Broad and Anderson, and they're getting a bit older, and I can't see them playing five Test matches straight.

England cricketer Ben Stokes has lost his sponsorship contract with sportswear giant New Balance following his arrest outside a nightclub which also left his Ashes series in doubt.

Stokes, who was arrested on suspicion of causing actual bodily harm, also issued an apology after video emerged of him mimicking the disabled son of British celebrity Katie Price.

American firm New Balance said it "does not condone" behaviour by Stokes, who is also believed to be the subject of a damning video showing a man throwing multiple punches outside the Bristol nightspot.

"New Balance does not condone behaviour by our global athletes that does not match our brand culture and values, and therefore we have ended our relationship with Ben Stokes, effective October 11, 2017," the company said, in a statement which was widely reported by British media.

The talismanic all-rounder's career has been plunged into turmoil following his arrest last month, which prompted his suspension until further notice by the England and Wales Cricket Board.

No final decision has been taken on whether the Test vice-captain will play the Ashes series in Australia but he will not travel with the other players on October 28, the ECB has said.

Separately, the embattled Stokes posted an apology on Twitter after his mocking impersonation of a TV appearance by 15-year-old Harvey Price, who suffers from a genetic disorder, drew strong condemnation.

"I should never have done this and I am so sorry," Stokes wrote. "It was absolutely not my intention to offend Harvey, Katie or anybody else... I do hope I can put this right."

Ben Stokes will now be considered for England selection again despite being charged with affray, the England and Wales Cricket Board (ECB) announced Wednesday.

Stokes was suspended from international duty by the ECB following his involvement in an incident outside a nightclub in September that reportedly left a man with a fractured eye socket.

As a result, the Durham all-rounder missed the whole of England's 4-0 Ashes series defeat in Australia.

Although England are currently involved in a one-day international series in Australia, the ECB said Stokes was expected to return to England duty for February's Twenty20 matches in his native New Zealand.

Wednesday's announcement leaves the ECB in a potentially awkward position given they banned Stokes when he had not been charged with any offence and have now made him available for England duty just two days after prosecutors brought charges against him on Monday.

But following a full board discussion, in which they said "all considerations were taken into account", the ECB said it had been agreed that Stokes "should now be considered for England selection".

The ECB said Stokes' intention to contest the charge had been crucial in its decision to allow him to resume an England career that currently comprises 39 Tests, 62 one-day internationals and 21 Twenty20 internationals.

"Given the CPS (Crown Prosecution Service) decision to charge him and two others with affray, confirmation of his intention to contest the charge and the potential length of time to trial, the board agreed that it would not be fair, reasonable or proportionate for Ben Stokes to remain unavailable for a further indeterminate period," the ECB said.

The board said it "fully respects the legal process and the player's intention to defend himself against the charge".