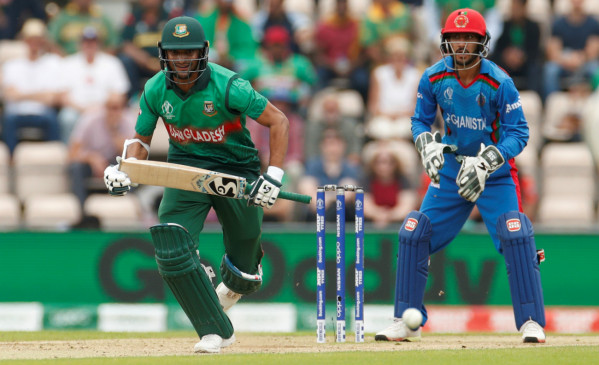 When Shakib Al Hasan tucked the last ball of the 21st over from Afghanistan pacer Dawlat Zadran to deep square leg, he became the first Bangladesh player to score 1,000 runs in World Cup matches.

Shakib, currently the top scorer in his fourth World Cup, reached the mark in his 27th innings and is well clear of second-placed Mushfiqur Rahim. Mushfiqur, who was batting with Shakib when the all-rounder reached the landmark, currently has 766 runs in cricket's mega event.

It is a measure of how prolific Shakib has been in the current edition that when the event began, Shakib had 540 runs in World Cups to Mushfiqur's 513.

Third and fourth on the list of Bangladesh's top World Cup scorers are Tamim Iqbal (688 runs) and Mahmudullah Riyad (560 runs). Mohammad Ashraful is in fifth place with 299 runs in 16 innings.

Shakib has scored his 1,000 runs at an average of 45.5, second only to Mahmudllah's 56 among Bangladeshi batsmen.