Rub of the green and a big fish 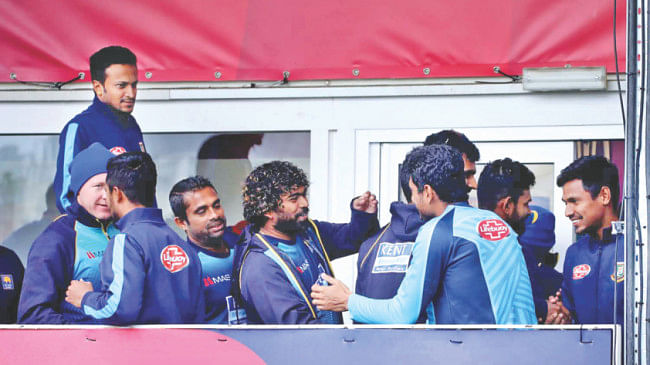 Bangladesh got the short end of the stick when the match against Sri Lanka at Bristol was abandoned due to rain yesterday, which in turn made this edition of the World Cup the one with the most number of abandoned fixtures. With the rain in England rearing its ugly head, there have not been many good omens for Bangladesh so far.

As things stand, Bangladesh have three points from four matches and are seventh in the standings. Given the tournament’s format, where each team will face each other once in the ten-team competition, a game abandoned here and there could have massive implications. In fact, there have already been some consequences.

Sri Lanka, with a newly-built side, have struggled to cope with the cricketing climate and secured four points from four matches. They lost bitterly by 10 wickets to New Zealand and barely scraped past Afghanistan in what was their only win. Despite such dismal results, they are currently fifth and a point above Bangladesh, who beat South Africa in their opening match. Two of the Lankans’ matches have been abandoned so far -- the game against Pakistan and yesterday’s match against Bangladesh, and since a win counts as two points, these two abandoned fixtures have paid dividends to Sri Lanka by giving them enough points to equal another win.

When the World Cup started, the Tigers, who were buoyed by their victory in the Ireland tri-nation final, wanted to show how far they have come and ensure their first-ever semifinal berth at the tournament. However, that dream has gotten further away from Bangladesh now.

In the 1992 World Cup, Pakistan won four of their group stage matches, the same number as Australia and New Zealand. Pakistan had the rub of the green as, after being bowled out for just 74 runs, they acquired a point thanks to the match being called a no result due to rain. That point carried them to the semifinals and then they went on to clinch the title.

Given the weather conditions in England right now, more matches could be abandoned and this may favour the Tigers or act against them. Sri Lanka were one of the opponents who the Tigers fancied a win against. It’s an opportunity lost just like their close defeat to New Zealand.

Bangladesh will need at least five wins to have a shot at a semifinal berth.

As things stand, New Zealand have three wins from three matches and are on top of the standings. If England, Australia and India are firm favourites to make the top four, then the Tigers realistically lost a big chance yesterday.

What is the equation for the Tigers to be in contention? Five matches to go and four wins needed to have a realistic chance. So luck will be needed but they also may need the scalp of one of the big fishes, namely India and Australia. They have been beaten by England and need a result against either Australia or India while winning against the likes of Pakistan and West Indies as well.

It is a tough ask but a lot of things are yet to be played out.

The Black caps have not played any of their top four counterparts yet while the likes of Australia and England can yet stumble. Pakistan are a dark horse who can be unpredictable and the rain will play a part in all of this. The Tigers’ camp need to find the right results, which is difficult ask but some rub of the green and a big fish could come in handy.