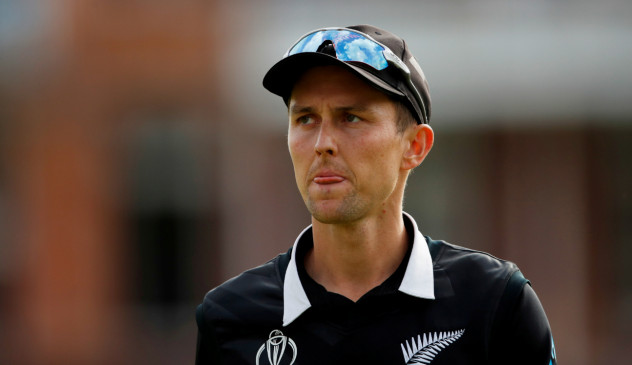 New Zealand's Trent Boult, shown in a file photo, is one of a small number of players to return home after they lost the World Cup final to England. Photo: Reuters
Reuters Reuters

A group of rueful New Zealand players touched down on home soil on Thursday, still coming to terms with the gut-wrenching defeat to England in the World Cup final.

Pace bowler Trent Boult was among six Black Caps players making a low-key homecoming at Auckland airport, soaking up commiserations from a few fans and well-wishers.

The left-armer was still haunted by the deflection off Ben Stokes's bat in the 50th over that raced to the boundary and helped send the final into a Super Over before England claimed the win on the total boundaries scored.

"It's natural to nitpick, to wonder about all those little things and how it could have been a totally different game," he told reporters at the airport. "I've been living that last over in my mind a lot -- somehow I got hit for six along the ground which has never happened before.

"To see the scores level (after the Super Over) and still lose, yeah, that was a pretty unique situation."

New Zealand Prime Minister Jacinda Ardern said she wanted to put on a home-coming celebration for the team but their different schedules and commitments have put the idea on ice for the time being.

Boult said he was overwhelmed by the messages of support from the public.

"We've just been on a plane 15 hours and there were a lot of Kiwis saying 'we felt for you'," he said.

"I didn't really know what to say. Obviously, we're all hurting and we're sorry for letting everyone down.

"I just want to get home, walk my dog along the beach and try to forget about it but it's gonna be a hard one to swallow for the next couple of years."