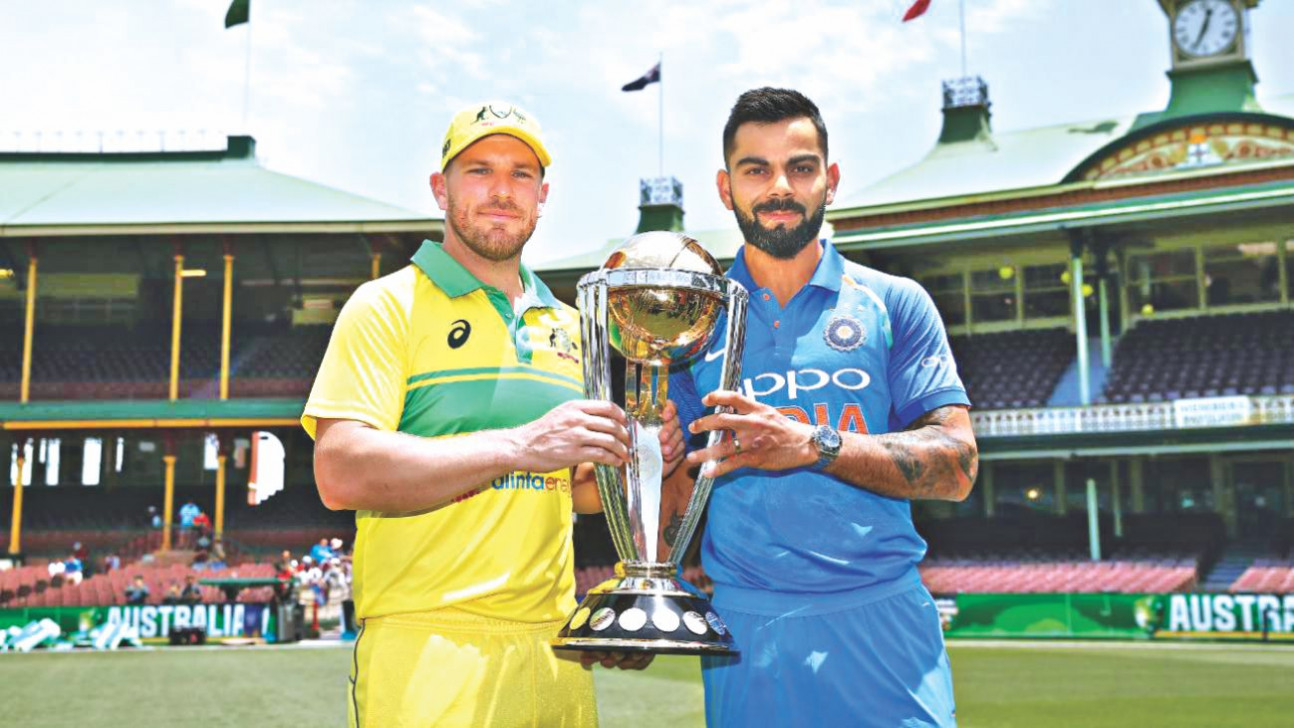 India and Australia clash in the standout game of the World Cup so far on Sunday, with Virat Kohli's men desperate to lay down a marker against the five-time champions.

In the past five editions of the tournament, India are the only team to have denied the Australians the trophy, on home soil in 2011.

Here let’s look at three key battles ahead of the match at the Oval.

Virat Kohli is the world's top-ranked batsman in one-day internationals and Tests while Mitchell Starc is Australia's left-arm pace spearhead.

Kohli was out for just 18 in India's opening game in Southampton but averages more than 53 against Australia in ODIs.

STARC THE SABOTEUR: Mitchell Starc sabotaged the dreams of eight other teams as he led the way with the ball to secure the World Cup for Australia. PHOTO: AFP

Starc, who took five wickets in Australia's win over the West Indies, will be handed the responsibility of taking early wickets, with Kohli the prized scalp.

"When he's got his rhythm and his form is good, he's definitely the best around -- I think that is without question," said former Australia captain Allan Border, who led the team to their 1987 World Cup triumph.

Australia’s former vice-captain David Warner marked his return to the side by scoring 39 runs in an unofficial warm-up match between Australian XI and New Zealand XI at the Allan Border Field in Brisbane yesterday. Australian XI won the match by one wicket. Photo: AFP

Swashbuckling Australian opener David Warner has returned from his ball-tampering ban in style.

After topping the run charts in the Indian Premier League, Warner smashed an unbeaten 89 in Australia's opening World Cup win over Afghanistan.

But the left-handed batsman will be up against an Indian paceman who tops the ODI bowling rankings, with 87 wickets in 50 matches.

Bumrah set the tone for India's win against South Africa on Wednesday with his two early strikes.

South African opener Hashim Amla called him "one hell of a bowler" after the 25-year-old quick sent the veteran batsman packing for six on a cloudy Southampton morning.

Adam Zampa is no Shane Warne but is expected to be Australia's key spin hope against India.

Fifteen of the leg-spinner's 64 ODI wickets have come against India since his debut in 2016 and variations including the googly and the straight ball make up for his lack of prodigious turn.

Indian leg-spinner Yuzvendra Chahal took six wickets as England collapsed in dramatic fashion in the third and final T20I in Banglaore yesterday. The visitors lost eight wickets for eight runs in 18 deliveries as they succumbed to a 75-run defeat. PHOTO: AFP

Chahal returned figures of 4-51 against South Africa and the former chess player will be looking to plot Australia's downfall.

"Chess has taught me patience and planning," he said. "When you play chess you normally plan 15 to 16 moves in advance."