Interesting facts ahead of Australias’ game against Pakistan 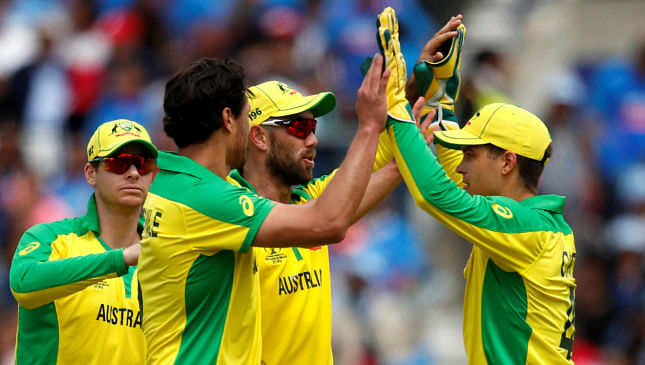 After starting the World Cup with a 7-wicket defeat against West Indies and a thumping win over England, Pakistan will be looking to keep the momentum going when they face Australia at the Taunton today. The two sides have played each other quite a few times in the past and ahead of today’s enthralling encounter, here we look at some of the interesting facts about both the sides:

Glenn Maxwell is the highest run-getter among the players of both Australia and Pakistan’s current World Cup squads. The Aussie right-hander had scored 715 runs in the 17 matches he featured in against Pakistan.

Australia opener David Warner registered his highest individual score in ODIs when the left-hander smashed a 128-ball 179 against Pakistan at the Adelaide Oval in January, 2017.

Babar Azam is the only batsman on the Pakistan team to have scored a hundred against Australia.

Among the players on the current Pakistan World Cup squad who have faced the five-time World Champions Australia, Shoaib Malik is the highest scorer with 669 runs in 27 matches.

Mitchell Starc scalped a total of 21 wickets in the nine matches he played against Pakistan. This is the highest number of wickets secured by any bowler in either teams’ current World Cup squad.

Hasan Ali’s five for 52 against Australia in January 2017 in Sydney remains the best bowling  figure by any player in Pakistan’s current World Cup squad.