India call up Pant as cover for injured Dhawan at WC 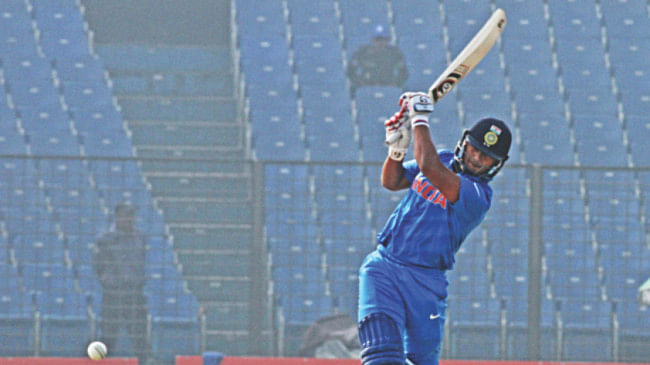 Rishabh Pant has been called up as cover for the injured Shikhar Dhawan in India's World Cup squad, team chiefs confirmed on Wednesday.

Dhawan injured his hand during the team's 36-run victory against Australia on Sunday and remains a doubt for the rest of the 50-over tournament.

The left-handed opener has been put under medical observation and Pant will join the team in England and Wales and stay on as standby.

"We will be observing Dhawan and around the 10th or 12th day we will know where he stands," India's assistant coach Sanjay Bangar told reporters ahead of Thursday's match against New Zealand at Trent Bridge.

"We do not want to rule out a precious player like Shikhar."

Bangar added: "If and when a replacement is required, it's always good to have a replacement coming in and practising with the team as a standby".

The team's media manager said Pant, whose omission from the 15-man World Cup squad was a topic of debate, would join the side in Manchester ahead of the match against arch-rivals Pakistan, which takes place on Sunday.

The 21-year-old Pant, a flamboyant wicketkeeper-batsman, made his Test debut in England last year and scored his maiden Test century during the series.

Pant, who is being groomed to take over from M.S. Dhoni as first-choice wicketkeeper in all formats of the game, also underlined his worth with an unbeaten 159 against Australia in Sydney this year.

Dhawan made 117 against Australia to set up India's second straight win in the World Cup but took a nasty hit on the hand off a Pat Cummins bouncer on the way to his 17th ODI century.