Fans do not expect us to win: Mathews 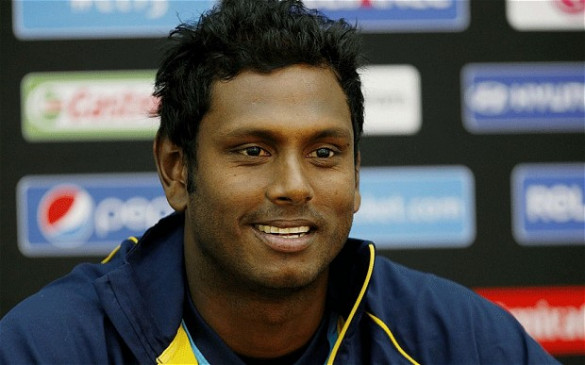 Ahead of their World Cup opener against New Zealand today, a few players from the Sri Lankan side along with coach Chandika Hathurusinghe and Sri Lankan legend Kumar Sangakkara talked about the chances of Sri Lanka in an interview with the ICC.

Sri-Lanka have gone through some major changes after the 2015 World Cup, with players like Tillakaratne Dilshan, Mahela Jayawardene and Sangakkara retiring. This left a huge void in the squad and the team have been struggling since then. However, the Sri Lanka side is back in the World Cup this year with a new captain and a team full of youth and determination.

“We had a few ups and downs leading up to the world cup, but having this squad we managed to have this game plan that I think is suited with the current squad.” said Sri Lanka coach Hathurusinghe.

Although, the new Lankan ODI skipper Dimuth Karunaratne has not been a regular in the ODI squad for the team, he led the test team to victory against the mighty South Africans.  He is backed well by the ODI squad.

“We have had quite a few captains over the past one and a half year and that was not very good. With Dimu taking over, boys are responding well. People do not expect us to go and win it; there is no pressure on us.” said Angelo Mathews.

With England, Australia, India being the favourites to win the World Cup, the coach looks forward to playing good cricket rather than focus entirely on winning the tournament. The newly appointed skipper, the coach and the legend Sagakkara were hopeful about the chances of the team.

“Chances are what you make of them, couple of big upsets; beat the teams that aren’t supposed to be beaten. You never know” said Sangarkarra.

We are very optimistic about our chances. There are individuals that can win games on their own. We are not looking far ahead. We just want to take one game at a time and play good cricket.” added Hathurusinghe.