Tigers will start with spin: Morgan 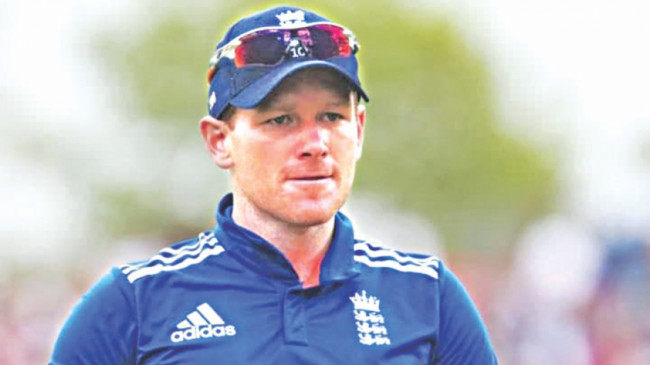 With rain forcing the covers to stay pinned on the centre square of the Cardiff Wales Stadium on the eve of England’s World Cup match against Bangladesh today, the bowling strategies of the respective teams could make for an interesting contrast.

England skipper Eoin Morgan said that there could be a case for recalling pacer Liam Plunkett, given the prevailing conditions in Cardiff.

“Obviously, another day where the wicket is under the covers, wickets that have been played on here so far have been a bit greener and probably seamer-friendly. So that’s a potential, yeah,” Morgan said when asked about the possibility of an extra seamer in Plunkett during the pre-match press conference yesterday.

Bangladesh skipper Mashrafe Bin Mortaza likes to keep things close to his chest when it comes to strategy, so there was an air of Morgan throwing down the gauntlet when he responded to a question about the openers being victims to spin in the last two matches.

A greenish wicket will likely disadvantage Bangladesh, who are likely to go in with three seamers and continue trying to choke the opposition through their main strength -- accurate spin bowling in the form of Shakib Al Hasan and Mehedi Hasan Miraz. There is also the factor of England losing early wickets against spin so far in the tournament, with Jonny Bairstow being dismissed by South Africa leg-spinner Imran Tahir in the very first over of the 2019 World Cup on May 30 and fellow opener Jason Roy being dismissed by Pakistan leggie Shadab Khan in the third over of their game in Nottingham on June 3, which England lost by 14 runs.

Today’s match will have an air of coming full circle for England. It was a loss to Bangladesh in Adelaide in the 2015 World Cup that knocked them out of the group stages, and it is widely assumed that result was the catalyst that started England’s evolution into arguably the most feared batting lineup in ODI cricket from a timid one in 2015.

Morgan, however, did not think it was that match in particular that changed the course of the team.

“Yeah, it wasn’t that game in particular. We weren’t humiliated. We were beaten, again, by a better team,” Morgan, whose career as England skipper began shortly before the 2015 World Cup, said. “They deserved to win that night. The humiliating games were games that happened previous to that. Games we might have been competitive and were blown away.