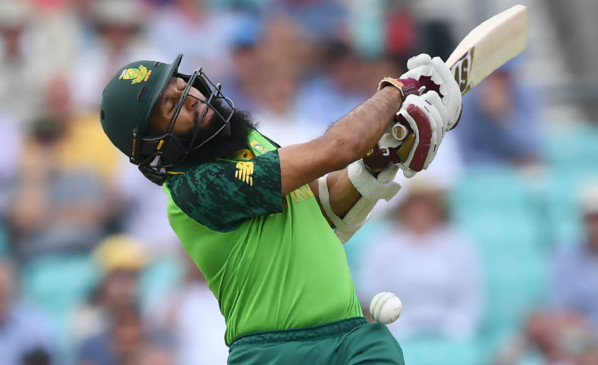 Hashim Amla is a doubt for South Africa’s Cricket World Cup clash against Bangladesh on Sunday.

The 36-year-old suffered a sickening blow to the grille of his helmet when he was late on a venomous Jofra Archer bouncer.

The incident happened in the fourth over of South Africa’s run chase against tournament hosts England when Amla was 5 not out.

He left the field immediately, underwent a series of concussion tests, and returned in the 32nd over when the Proteas were 167/6 and already out of the match.

Amla was eventually out for 12.

News out of the Proteas camp on Saturday, where Amla was nowhere to be seen, was that a decision on his availability will only be taken on Sunday ahead of the toss.

Amla is stationed at the team hotel, where he is working through the post-concussion procedures with team doctor Mohammed Moosajee.

It is standard procedure, but it is looking unlikely that Amla will play.

If he does miss out, as expected, then David Miller will almost certainly come into the side and Aiden Markram will move to the top of the order.

In other fitness news, Dale Steyn was back bowling in the nets on Friday as he continues to recover from a shoulder injury.

He will almost certainly remain unavailable for Sunday’s match, while the June 5 clash against India in Southampton is the date Proteas management are targeting for his return.