Agarkar discusses if Mash should drop himself 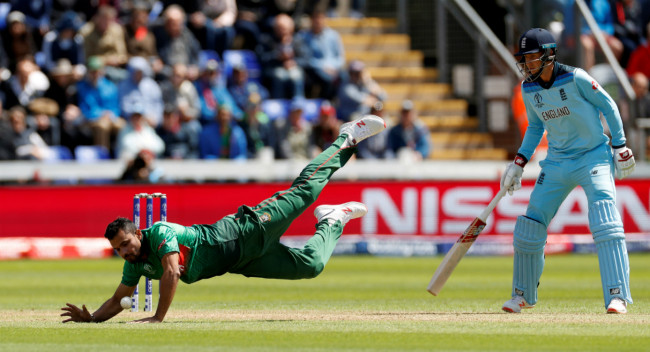 All the bowlers went for runs and Mashrafe, along with Mehedi Miraz were the most economical of the bowlers in the Bangladeshi setup. Containment proved to be futile in the end and Mashrafe would concede 18 runs in his last over after giving away fifty in his first nine. There is a belief that having someone like Rubel Hossain could have helped given his past records of breaking the opposition with wickets even if he went for runs.

"I think they have got to get Rubel Hossain in. I think they can't leave Mashrafe out. At this point on his bowling form, he doesn't fit in the eleven but he is their leader and you need his experience," Agarkar said.

Bangladesh have a deep batting lineup with the likes of Mosaddek Hossain coming in late. While a late flourish is desired at the end of the innings but given the nature of the bowling performance, wicket takers will be needed. Agarkar suggested a way of getting Rubel into the squad.

"I think Mosaddek is one that they can leave out. I think they have enough spin options in Shakib [Al Hasan] and Mehedi [Miraz]. Their batting is doing well and it is their bowling which is letting them down at this point. You can't concede over 300 and expect your batters to chase it down. Their chase was really spirited even if one guy got a big score. It still was a good chase," Agarkar said.