AB must live with his decision, says SA coach Gibson 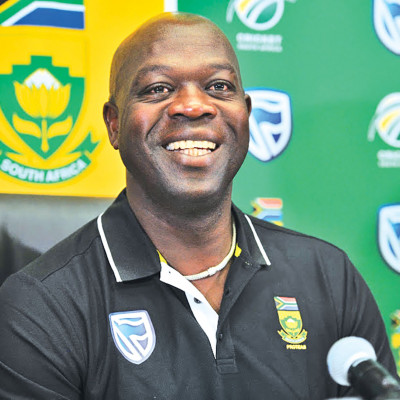 Coach Ottis Gibson says AB de Villiers will have to “live with the decision he has made” after the batsman attempted to come out of international retirement on the eve of South Africa’s squad announcement for the World Cup.

Cricket South Africa confirmed this week that De Villiers, regarded as one of the world’s leading batsmen, had approached captain Faf du Plessis and Gibson about a return to the side following his self-imposed exit from the team last May, after which he took part in a number of Twenty20 tournaments.

The approach was rebuffed by the national selectors but has been revealed in the media at a difficult time for the team after they lost their opening three matches of the World Cup to England, Bangladesh and India.

“I don’t think you should have to beg a guy to play for his country but I did make it clear to him that I thought he was making a bad decision (by retiring last year) and that he could help us win the World Cup,” a clearly irritated Gibson told reporters on Saturday.

“Since he has retired we have won every series we’ve played, and I haven’t had many AB questions. Suddenly we’ve come to the World Cup and we’ve had one bad week, and AB is the saviour.

Gibson says he found the whole episode “strange”, especially as De Villiers has repeatedly claimed he was happy in international retirement.

“There are lot more people wanting AB to be here than AB himself. If AB wanted to be here, he would be here.”

Gibson added that there was disappointment within the South African squad that the issue had become public as the team battles for form and for survival in the tournament.

South Africa play West Indies in Southampton on Monday in desperate need of a victory to keep their slim World Cup hopes alive.

“Are we going to talk about this all the time? Or are we going to prepare for the West Indies game. Because it feels like it’s a court case here,” Gibson said.