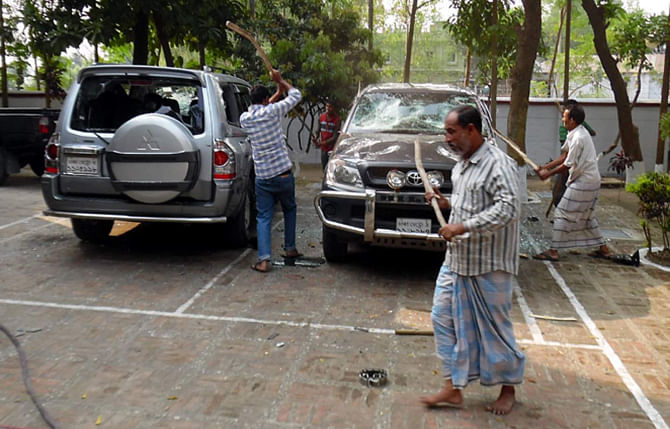 Locals at Phulbari today blockaded the upazila in Dinajpur district protesting the visit of Asia Energy’s country chief on the issue of an open-pit coalmine in the area.

The blockade follows yesterday’s reported widespread vandalism and protests after Gary Lye, country director of Asia Energy, went to the area to meet company officials there.

The 12-hour blockade enforced by locals led by the National Committee to Protect Oil, Gas, Mineral Resources, Power and Ports started at 6:00am, our Dinajpur correspondent reports.

Long route and local bus services, on Dinajpur-Dhaka however, remained suspended. However trains operated normally till filing the report at noon.

Additional police were deployed through all key points of Phulbari, especially around the local Asia Energy office. No untoward incident was reported until noon.

Saiful Islam Jewel, president of the Phulbari unit of the national committee, said people were spontaneously participating in the blockade.

“We will not allow open-pit coalmine in Phulbari and elsewhere in the country.” 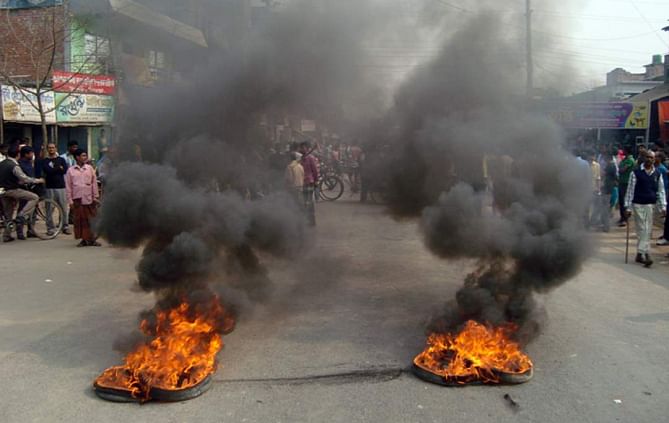 A previous BNP-led government tried to establish an open-pit coalmine in Phulbari in 2005-06, which was thwarted by violent local protests that led to death of three people.

Tension rose again when the government in October last year instructed local authority to cooperate with a London-based company for prospects of coalmine in Phulbari, Nawabganj, Birampur and Parbatipur upazilas of Dinajpur.

Asia Energy’s Bangladesh director Gary Lye is currently on a scheduled visit to Dinajpur. He met local administration and police chief of the district yesterday.

This sparked protests and led to reported vandalism throughout Phulbari as locals said they were adamant about not letting a coalmine in the region.