The US State Department's newly declassified documents about the 1971 debacle show that Sheikh Mujibur Rahman wanted to have a "form of confederation" with Pakistan rather than a separate country. The documents include two telegrams dating Feb 28, 1971 and Dec 23, 1971 "based on the sentiments of Sheikh Mujib and the then Indian Prime Minister Indira Gandhi," showing that Sheikh Mujib was not secessionist, as many in the then West Pakistan believed. 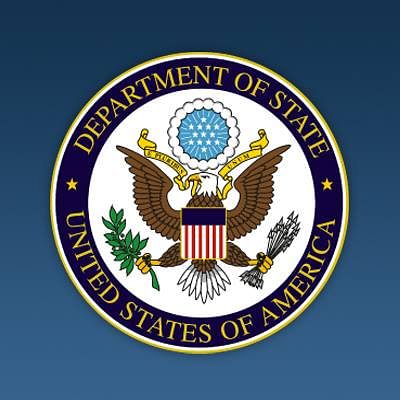 The telegrams, sent to the State Department by the US embassies in Pakistan and India, document key foreign policy decisions and actions of the administrations of Presidents Richard Nixon and Gerald Ford.

The telegram, entitled "Conversation with Sheikh Mujibur Rahman," shows the path followed by the Awami League leader as he "talks of excesses by West Pakistan, states he (Mujib) is not willing to share power and does not want separation but rather a form of confederation."

In November 1969, a year before the war began, a US diplomat sent this report to Washington: "… East Pakistan, one also senses a growing undercurrent that beyond some intangible point the West Pakistan landlord-civil service-military elite might prefer to see the country split rather than submit to Bengali ascendancy."

One telegram quotes Indira Gandhi as saying that President Nixon has "misunderstanding about India's case" and that "there is fantastic nonsense being talked about in the US about our having received promises from the Soviet Union about the Soviet intervention against the seventh fleet and against China."

The documents released on June 28 provide full coverage of the US policy towards India, Pakistan, Afghanistan, and the newly created state of Bangladesh from January 1969 to December 1972.

Documents from March to December 1971 include intelligence assessments, key messages from the US embassies in Islamabad and New Delhi and the Consulate General in Dhaka, responses to National Security Study memoranda and full transcripts of the presidential tape recordings that are summarized and excerpted in editorial notes in volume XI.

The historian branch of the State Department held a two-day conference on June 28 and 29 on US policy in South Asia between 1961 and 1972, inviting scholars from India, Pakistan and Bangladesh to express their views on the declassified documents.

During the seminar, Bangladeshi scholars acknowledged that their official figure of more than 3 million killed during and after the military action was not authentic.

They said that the original figure was close to 300,000, which was wrongly translated from Bengali into English as three million.

Shamsher M. Chowdhury, the Bangladesh ambassador in Washington who was commissioned in the Pakistan Army in 1969 but had joined his country's war of liberation in 1971, acknowledged that Bangladesh alone cannot correct this mistake. Instead, he suggested that Pakistan and Bangladesh form a joint commission to investigate the 1971 disaster and prepare a report.

Almost all scholars agreed that the real figure was somewhere between 26,000, as reported by the Hamoodur Rahman Commission, and not three million, the official figure put forward by Bangladesh and India.

Prof Bose noted that no neutral study of the conflict has been done and reports that are passed on as part of history are narratives that strengthen one point of view by rubbishing the other. The Bangladeshi narratives, for instance, focus on the rape issue and use that not only to demonize the Pakistan army but also exploit it as a symbol of why it was important to break away from (West) Pakistan.

Prof Bose, a Bengali herself and belonging to the family of Netaji Subhash Chandra Bose, emphasized the need for conducting independent studies of the 1971 conflict to bring out the facts.

She also spoke about the violence generated by all sides. "The civil war of 1971 was fought between those who believed they were fighting for a united Pakistan and those who believed their chance for justice and progress lay in an independent Bangladesh. Both were legitimate political positions. All parties in this conflict embraced violence as a means to the end, all committed acts of brutality outside accepted norms of warfare, and all had their share of humanity. These attributes make the 1971 conflict particularly suitable for efforts towards reconciliation, rather than recrimination," says Prof Bose.

This article was previously published by Dawn on July 07, 2005