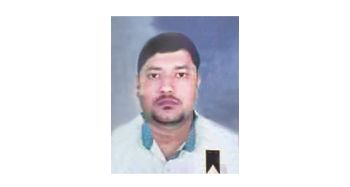 Can the collapse of the nine-storey building in Savar yesterday be called an accident?
Unlike any accident, which catches victims off guard, people in decision-making positions at Rana Plaza had had warning about the problems of the building a day ahead of the tragedy.
Ignoring the warning, the authorities, including the building owner Sohel Rana, decided to keep the building open for business, a decision that has cost, as of filing of this report at 2:30am, 142 lives.
Interestingly, 11 people were saved by a quick decision by the top management of Brac Bank. The bank suspended operations of a branch located on the second floor of the building.
Rana Plaza at Bazar bus stand housed five garment factories from the third to the eighth floors.
On Tuesday morning, some cracks developed on some pillars and a few floors of the building following a jolt, causing panic among the people working there. They rushed out of the building and some even got injured in the process, said a number of garment workers and locals.
The industrial police visited the building that day.
"We had asked them [the building authorities] not to open the building but suspend operations of the factories after the cracks were noticed yesterday [Tuesday], but they ignored us," Director of Industrial Police-1 Mostafizur Rahman told The Daily Star last night.
The warnings and instructions were all ignored.
The owners of the garments closed their factories around Tuesday noon but asked the workers to show up for work the next day.
Still shaken by the scare they got the day before, the workers turned up for work yesterday but many were hesitant about getting into their factories.
Security guards and other employees of the factory told them that some engineers had certified that the building was safe, said survivor Shipu, an operator of Phantom Apparels Ltd, which was on the fourth floor of the building.
“The authorities deduct salaries for three days if we don't work a single day," said survivor Jannat while explaining why she felt the need to go in yesterday. She said the month was about to end and she did not want any trouble regarding her wages.
The workers, their relatives and locals said the casualty figures would not have been so high had the authorities kept the building closed.
Al Asif, owner of a mobile phone shop in a nearby the building, said, "It was like killing people by inviting them."
The irony is that Sohel Rana, who is a Jubo League leader and owns Rana Plaza, was inside the building when it collapsed. Sohel Rana and some others were in a meeting at his basement office around 8:45am.
Sohel Rana was rescued at around noon and taken to a Dhaka hospital for treatment, industrial police told The Daily Star.
The Daily Star could neither trace him nor reach the owners of the garment factories for comments.
Rajdhani Unnayan Kartripakkha late last night filed a case against Sohel with Savar Police Station in connection with violating building construction rules while police filed an another case against him with the same police station.
A lesson could be learnt from how Brac Bank dealt with the same thing.
Eleven officers and employees of Brac Bank's Savar branch emerged as the lucky few after its management decided to suspend all operations of the branch over safety concerns.
The management suspended the activities of the branch, located on the second floor of Rana Plaza, after it was informed about cracks in the pillars of the building.
"When the branch manager reported to us that cracks in the pillars seemed too risky, we did not delay. We suspended the operations of the branch immediately," said Zeeshan Kingshuk Huq, head of communication and service quality, Brac Bank, yesterday.
"We also informed Bangladesh Bank about our decision. We suspended the operations of the branch for the safety of our employees," he told The Daily Star.
Zeeshan said the bank had texted over 16,000 clients of the branch to let them know about the matter.
"Our clients will not face any problem as the bank is fully online. From now on, they will also be able to operate their accounts regularly from the nearest Gonokbari branch," he said.
The Brac Bank officials' getting away unscathed shows how prompt decisions can save lives while indecision or poor decisions can cost dearly.