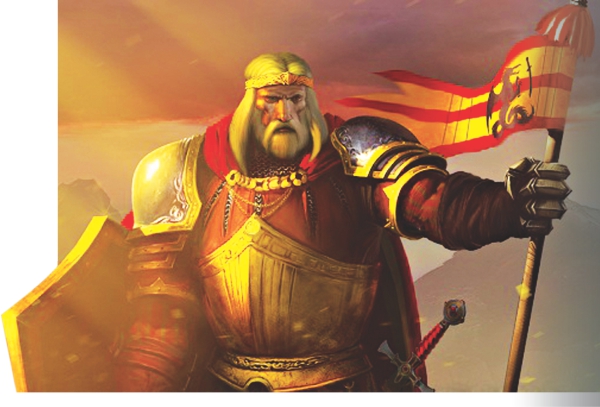 If  you're looking for an action-packed modern RTS or RPG, turn around and read something else because Eador: Genesis is a type of game that mostly attracts the nostalgic old timey gamers of the Disciples and Heroes of Might and Magic series. The game layers Turn-Based Strategy gaming on top of Role-playing Gaming in a delicious manner similar to that of the Disciples series. You start the game with a flat portion of land on the map which is divided into regions and in this region is your stronghold, if you lose your stronghold, you lose the game. However, you cannot create separate armies like in the Civilization games but you have to create a hero who will host your troops and as your hero levels up  by winning battles, you can add more troops to the slots then award your troops with medals that makes them even stronger. Basically, you have your hero and his equipment(weapons, armour, etc), his stats and skill points then your troops who only have skill points and stats but no equipment. You use these troops to slowly take over the map and its resources then your opposition's stronghold. When you attack the stronghold, you have a series of turns that your soldiers use to siege. Unfortunately, you cannot be actively involved in the siege but once the siege is over, you get a turn-based fight where you can move your soldiers and heroes much like a chess game; mobility is a huge factor in the entire game as it is turn-based. If you decide to attack unoccupied regions or your rival's regions, you won't be faced with a siege turn but you'll directly get into battle. The entire map will be filled with surprises as you may come across chance cards or shops that offer you the ability to either buy from them or loot them. The main two resources you'll be using to win the game are magic crystals and gold; both of these resources are available from capturing the regions which will provide you every turn.

The story of the game is quite interesting but not competing with the gameplay, you start as a hero avenging the death of your mentor but you soon realise that you're an embodiment of an evil force so you just turn evil and do your thing. Well, that's at least what I could figure out as the Russian developers have their own Communist sense of gaming storylines.

The only con you'll come across the game is its lack of graphics quite similar to a non-pixellated Gameboy Advance game but to me, that just adds to the simplistic depth of the game. This game has a very good chance of making you fail your exams and deadlines by making you play that elusive 'one more turn'. Give it a try if you're a fan of old school turn based games. This indie game left very few people unsatisfied.