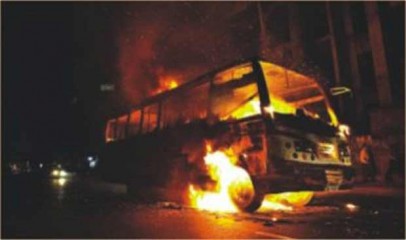 Canada has expressed deep concern over deadly violence and senseless attacks on civilians and minorities, and urged all parties to end the violence and work for peaceful solution to the conflict.

In a statement issued on March 8, Foreign Affairs Minister John Baird said Canada is deeply concerned by the escalating and deadly violence that has injured thousands and claimed the lives of scores of Bangladeshis.

He urged all to work towards a peaceful solution to the conflict and reverse the growing divisions in Bangladeshi society. “We also call on authorities to protect the rights and the lives of all Bangladeshis,” he added.

Canada has welcomed Bangladesh’s commitment to pluralism and religious freedom, and we encourage further efforts by the government and all parties to promote peace and tolerance throughout the country, the statement said.

“In the lead-up to parliamentary elections, we call on all parties to respect the rights to freedom of expression and of assembly and urge everyone to exercise these rights in a peaceful and democratic manner,” the Canadian foreign minister said.