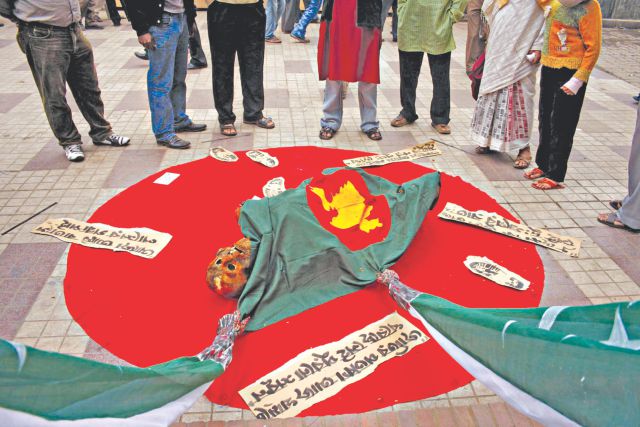 Once more I have encountered Judge Agnieszka Klonowiecka-Milart, a member of the International Bench of the Extraordinary Chamber of the Courts of Cambodia (ECCC) or the hybrid tribunal, as it is popularly known, in Phnom Penh during the sessions of the Forum on the Prevention of Genocide. Judge Agnieszka was in Dhaka in September, 2011 and visited Bangladesh Tribunal as well as the Liberation War Museum. She came as a member of the delegation to the international seminar organised by Morten Bergsmo of the Forum for International Criminal and Humanitarian Law (FICHL) and got a good understanding of the trial for crimes of genocide undergoing in Bangladesh. In Phnom Penh during the lunch-break, we were exchanging pleasantries and the Polish Judge, slim and agile, was negotiating the stairs holding the railings. She told me apologetically that this has became a habit for her, as in the specially built Cambodian Court she always grips the railings because the steps are too narrow. She murmured, "May be quite OK for the Cambodians with their small feet, but not for us Europeans."
This struck me as the reality of the trial of perpetrators of genocidal crimes, now going on in various parts of the world where each Tribunal has to develop its own distinct mode to suit its purpose to deliver justice. It also reminded me what Mahdev Mohan, Assistant Professor of Law at the Singapore Management University observed while analysing recommendations of international experts on ICT of Bangladesh. He wrote, "In order to have resonance and to be properly understood and received, any proposed legal reforms to the ICT-BD must be context-sensitive and not simply one-size-fits-all approach."
The international judge has to negotiate the Cambodian stairs to reach to the cherished goal of justice and adjust herself accordingly. The same is also true for the national judges of Cambodia and the journey is not an easy one. In such backdrop the justice process and end of impunity in Bangladesh is creating resonance in the international community promoting justice for genocide and crimes against humanity. We found such understanding of reality in the 4th  Regional Forum on the Prevention of Genocide held in Phnom Penh, Cambodia on 28 February- 1 March, 2013.
The Forum has been established by 4-nations: Tanzania, Argentina, Cambodia and Switzerland. The office of the Council of Ministers of Cambodia, Swiss Ministry of Foreign Affairs, Ministry of Foreign Affairs and Worship (as it is called) of the Republic of Argentina and the Ministry of Foreign Affairs and International Co-operation of the United Republic of Tanzania launched this Forum in 2008 to promote a qualitative exchange and dialogue among State and civil society representatives with a view to deepen understanding about what it means for states and societies to develop national perspectives and strategies for the prevention of  genocide.
This writer had the opportunity to take part in the 4th Forum as one of the panelists focusing on the role and responsibilities of non-state actors and the ways forward. The other members of this panel were peace activist and religious leader from Thailand Sulak Sivasaksa, UK-based journalist and researcher Salil Tripathi, human rights and conflict resolution activist from Korea Jae Young Lee and Youk Chhang, the well-known Director of the Documentation Center of Cambodia who played a big role in making the Cambodian trial a reality. Professor Alex Hinton, President of International Association Genocide Scholars presided over the session.
Professor Gareth Evans, former Foreign Minister of Australia and President Emeritus of the International Crisis Group made an eloquent speech at the Forum and in between the sessions shared with us his observation on Bangladesh genocide. He spoke about his attempt to highlight this dark episode of history in one of his books on Asian experience of genocide. In his speech he further said, "Genocide and other conscience-shocking mass atrocity crimes did not begin with Hitler's holocaust, nor have they been confined to Europe and Africa, or to war or civil war situations. The Asian story over the last century has been as distressing as anywhere else." He gave a long list of genocidal atrocities in Asia, beginning with the traumatic experience of the host nation Cambodia where in the mid-1970's up to two million died under the Khmer Rouge regime. The list includes horrible record of group-targeted violence by the nationalists under Chiang Kai-shek, atrocities of the communists under Mao Zedong, US massacre in Vietnam, Indonesian massacre of 1965-66 when more than 500,000 people perished, Dilli massacre in Timer-Leste in 1991 and again in 1999 etc. 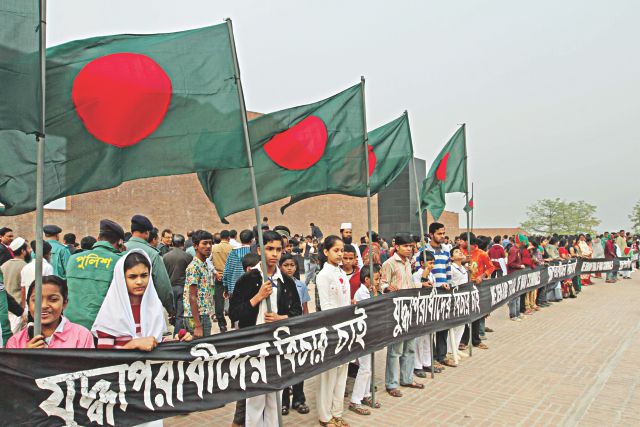 The writer is an Essayist and Cultural Activist.